Emelie von Walterstorff was an artist and a specialist in textiles.

Emelie von Walterstorff was born in Stockholm in 1871. She was the daughter of Waldemar von Walterstorff, a wholesale merchant of Danish ancestry, and Emilie Olsén. Her mother died shortly after giving birth to her. In 1874 her father remarried to an English-born woman named Agnes Sheard.

Emelie von Walterstorff attended Tekniska Skolan (now Konstfack, college of arts, crafts and design) in Stockholm. She then moved to Lund where she was employed as a drawing instructor at Lund Tekniska skolan. She also worked as an illustrator for Kulturhistoriska föreningen för södra Sverige (now Kulturen, the open-air museum of Lund). Two of her colleagues there were Georg Johansson Karlin and Axel Nilsson who, like her, had a serious interest in the history of textiles.

In 1903 Emelie von Walterstorff moved to Stockholm, where she shared her home with Ellen Wahlström from 1909 onwards. Emelie von Walterstorff was employed as an illustrator at Nordiska museet. The large number of catalogue cards containing watercolour drawings she made of the museum holdings still survive. She is best known for her watercolours and illustrations of Swedish national costumes which can be seen in, for example, Per Gustaf Wistrand’s 1907 publication entitled Svenska folkdräkter and in Gerda Cederblom’s 1921 work Svenska allmogedräkter. She also produced the illustrations of gold and silver hallmarks found in Gustaf Upmark’s 1925 book Guld- och silversmeder i Sverige 1520-1850.

However, it was within the sphere of textile research that Emelie von Walterstorff made her most notable contributions. She was put in charge of the textile collection at Nordiska museet at an early point and in 1925 she published a book of plates called Textilt bildverk which contains a selection taken from the museum’s collections accompanied by expert commentary. She also began to undertake independent research when she performed a technical analysis of Gerumsmanteln, an article of clothing which dates from 360–100 BC. She was subsequently called upon for several similar expert investigations. Her most important work from an academic perspective is a 1940 publication called Svenska vävnadstekniker och mönstertyper. Kulturgeografisk undersökning.

Despite her pioneering contributions to the sphere of textile research Emelie von Walterstorff was never promoted beyond the position of assistant and she retired from that post in 1933.

Emelie von Walterstorff died in 1948. She is buried at Norra begravningsplatsen (the Northern Cemetery) in Solna. 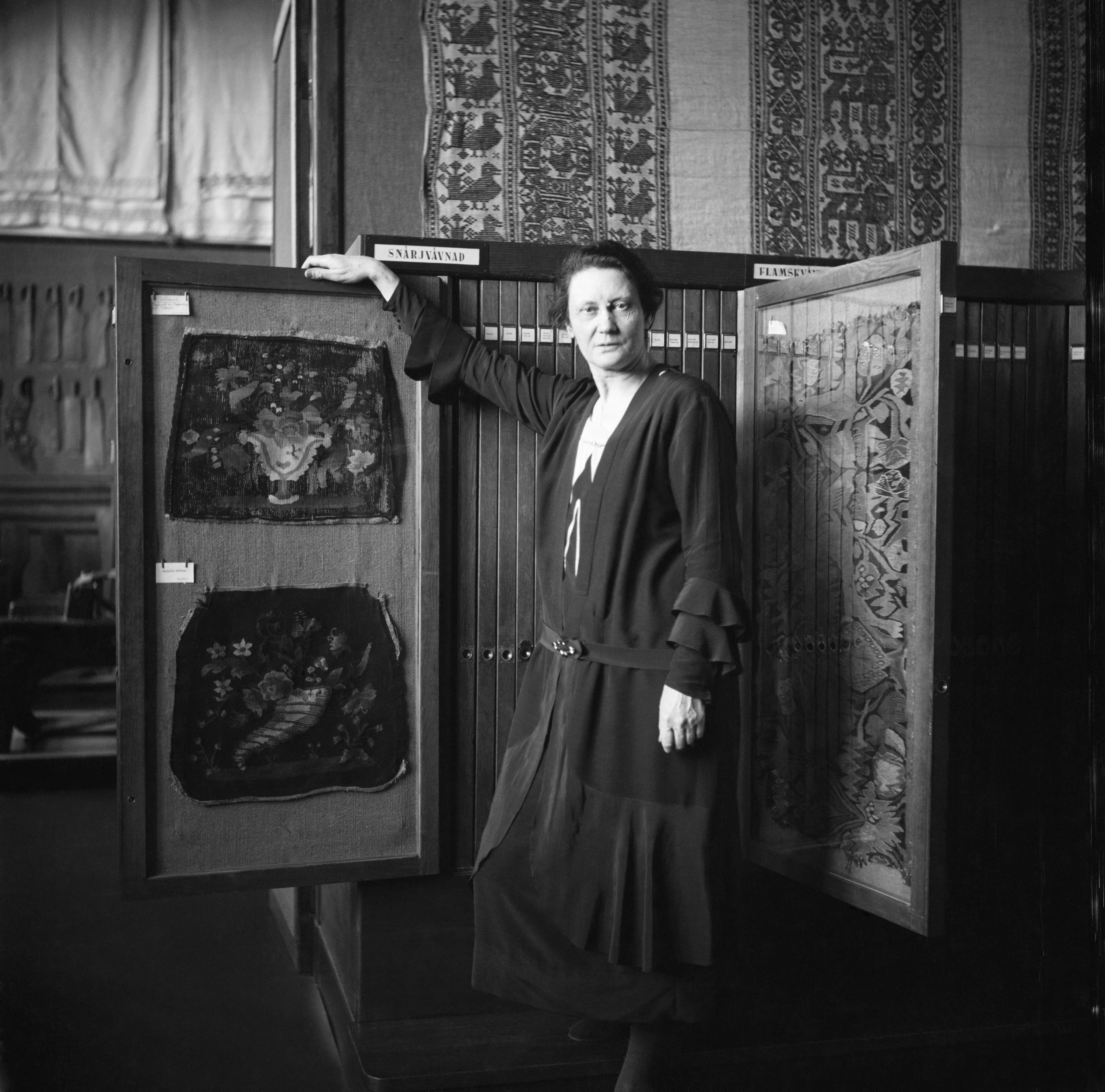