Emilia Fogelklou was the first Swedish woman to attain a Bachelor’s degree in theology. She was active across a broad cultural perspective, mainly as an author, lecturer and a pedagogue.

Emilia Fogelklou was born in 1878. She was the fifth child in a family of six. Her parents were Johan Fogelklou, a district registrar, and his wife Maria. When Emilia Fogelklou was twelve years old she and her family moved from Simrishamn to Kristianstad. This set her on her educational path, which culminated in a honorary doctorate. She graduated from the reputable Virginska girls’ school with outstanding marks and started at Kungliga Högre lärarinneseminariet (the Royal Advanced Female Teachers' Seminary) in Stockholm aged only 18. Four years later Emilia Fogelklou began her first job at Landskrona girls’ school, where she remained for two years. In the autumn of 1901 she joined the progressive staff at the newly established advanced co-educational school in Gothenburg. Through socialising with her colleagues at the school, Emilia Fogelklou became part of the educated bourgeoisie of Gothenburg, and broadened her horizons. However, her life was totally changed by another matter altogether. In May 1902 she experienced a religious epiphany, which she came to call her “moment of realisation”.

She spent a year working as a governess, which enabled her to take her school-leaving certificate as a private student in Malmö. After yet another year of working at the co-educational school in Gothenburg as well as studies at Gothenburg College (later University), she eventually moved to Uppsala. In 1906 she took Bachelor of Arts exams in five subjects: history of religions, theoretical and practical philosophy, history of literature, and pedagogics. She had also written her first two texts based on her own experience as a teacher of religious studies, namely Allvarsstunder, 1903, and Om religionsundervisningen, 1904. She released Frans av Assisi in 1907. She was heavily influenced by the thoughts of Henri Bergson. She fine-tuned her thinking in opposition to Axel Hägerström with as much intensity as she had a few years earlier when she engaged in a serious dispute with Otto Weininger, the misogynist of the day. She became part of Nathan Söderblom’s network and in 1909 she became Sweden’s first woman to enrol for a degree in theology.

The issue of female priests was already being debated at this time, but Emilia Fogelklou never became a priest even though it became possible during her lifetime. She distanced herself from the Swedish church and joined the Society of Friends (Quakers) in the 1930s. Her Christian view of life remained her main anchor in everything she did during her lifetime.

In 1910 Emilia Fogelklou received a major travel stipend from the Olaus Petri foundation. This enabled her to travel, that autumn, to England and to Paris. In the spring of 1911 she went to Italy, mainly in order to study so-called modernism and the crisis that theological development had generated within the Catholic Church. The modernist crisis concerned issues such as how the Church should deal with contemporary conditions and what role science should have in the Church’s interpretations. Emilia Fogelklou’s meetings with modernist leaders and her various study trips came to have a marked impact on her thoughts and were reflected in her later work with various Christian social projects. She remained a true internationalist throughout her life. For example, she contributed to setting up Internationella arbetslag (Service Civil International) after the Second World War.

Emilia Fogelklou’s collection of essays entitled Medan gräset gror was published in 1911. This collection contains many of her key thoughts. During the 1910s she broadened and deepened her authorship whilst also working as a teacher. She was employed at Djursholm co-educational school where she became acquainted with Natanael Beskow. This connection led to her temporary involvement with Birkagården public college in Stockholm. She also had plans for a major textbook project in religious studies, and a couple of them were published. From 1918 to 1921 she worked as a lecturer at Rostadseminariet in Kalmar. Her circle of friends continued to expand and included women like Lydia Wahlström, Herta Svensson, Dagny Thorvall and Klara Johanson. Much of the correspondence between these women was published in 1979 in Brev till vännerna. Emilia Fogelklou often wrote for newspapers and journals, such as Vår lösen. Her book on the great Swedish female saint, Birgitta, from 1919, is of lasting importance. Emilia Fogelklou attended the women’s peace conference in The Hague right in the middle of the First World War, in 1915. One of the Swedish delegates there was Elin Wägner, who later became one of her very close friends. Their correspondence in the years 1924-1949 has been published by Gunnel Vallquist, entitled Kära Ili, käraste Elin, 1988. Towards the end of the 1910s Emilia Fogelklou regularly exchanged increasingly tender letters with Arnold Norlind, who had initially been just a passing acquaintance. Arnold Norlind was the brother of the artist Ernst Norlind. In the late autumn of 1921 Emilia Fogelklou and Arnold Norlind met and just one year later they married.

Emilia Fogelklou wrote about this first part of her life in Barhuvad, 1950. She wrote about herself in third person and referred to herself as Mi. This was a narrative view that she had already used in her book on her recently departed husband, Arnold, 1944. He had suffered from laryngeal tuberculosis and was frequently bedridden. Although their marriage was childless, it was a happy one. The couple lived in a small house in Jakobsberg near Stockholm. Emilia Fogelklou gave lectures at Birkagården, as well as at Institutet för socialpolitisk och kommunal utbildning och forskning (known as Socialinstitutet) and also went on long lecture tours. Her primary interests were now psychology and sociology. She was close to the Fogelstad group and regularly wrote for the group’s journal, Tidevarvet, just as she participated in courses run by the Kvinnliga medborgarskola almost every year. She spent the autumn of 1928 in London researching one of the early Quaker leaders, James Nayler. She published a book about him in 1929, the same year that her husband Arnold Norlind died.

At the age of 52 Emilia Fogelklou began a new existence: Having received the Sweden-America Foundation’s Zorn scholarship she moved to the USA in order to study sociology and applied psychology in New York and Chicago. There she was exposed to racial segregation and unemployment. She visited homes for socially handicapped children. She developed a new sphere of interest, namely mental health-care. She remained close to her friends who became the core of Sweden’s first group of Quakers and spent a year working as a research fellow at the Quaker college of Woodbrooke in Birmingham. Having survived severe illness in the mid-1930s she resumed her lectures in psychology and sociology at Stockholm College (later University). In 1938 she was declared unfit to be a professor, which she experienced as a public humiliation, causing her great psychological harm. However, she was the first woman to be awarded an honorary doctorate in theology in 1941. She gained an even louder voice as a cultural personality, as reported in the third part of her autobiography, Resfärdig, 1954. Her circle of friends expanded further, including the likes of Elisabet Hermodsson, who became a faithful partner in crime. She actively maintained her international activities. Her last book, Minnesbilder och ärenden, was published in 1963.

Emilia Fogelklou was a pioneer in many spheres. During her long life she experienced a society which was in many ways marked by the suppression of women during her youth, but which became more inclusive over time. She herself contributed to this development. She was a contradictory individual. Indomitable but easily wounded. In many areas a rebel, while also not wanting to make a great fuss. Both her life and her way of being were marked by her agility.

Emilia Fogelklou died in Uppsala in 1972 and is buried at Västra Alvstad cemetery in Anderslöv parish, Scania. 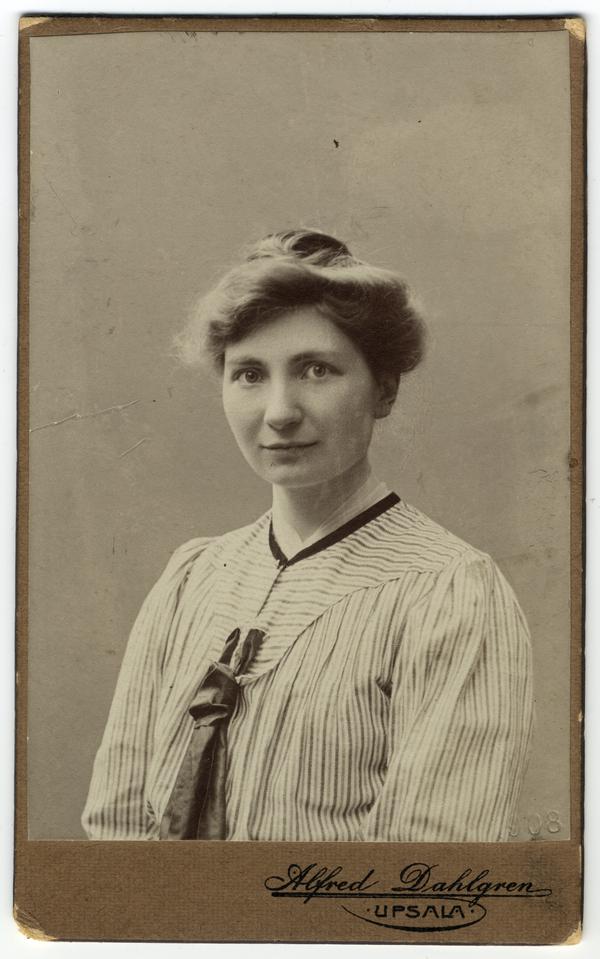