Emma Zorn was a philanthropist and a benefactor who founded the Zorn Museum.

Emma Zorn was born in Stockholm on 30 April 1860. She was one of three children born to Martin Lamm and Henriette Meyerson. Both parents had Jewish ancestry, hailing from families who were early migrants to Sweden. Emma Zorn’s paternal grandfather, Salomon Ludvig Lamm, became a very successful industrialist and owned Ludvigsberg cotton cloth printworks. Upon his death in 1857 he left a significant inheritance for his eight children. Emma Zorn’s father took over the textile manufactury and also purchased a building at Stora Nygatan 37 in Gamla Stan (Stockholm Old Town) where he set up offices, warehouses, and living accommodation.

Emma Zorn’s parents married in 1852. The eldest of Emma Zorn’s two siblings was Herman Lamm and it was he who took over running the textile factory after their father died. He also, from 1900 onwards, actively served as a politician within both the local Stockholm town council and in the Swedish parliament, where from 1919 until his death in 1928 he held the role of first Deputy Speaker. Emma Zorn’s sister, Anna, married a book publisher named Hugo Geber, who became known for publishing non-fiction and for a period also served as August Strindberg’s publisher.

Emma Zorn was thus born into a cultured and wealthy family. She received a typical middle-class girl’s upbringing. She did not attend school but was instead home-educated, including by Ellen Key. Learning to play the piano, handicrafts, and reading primarily non-fiction works was part of her education, but not kitchen skills. The family often attended the theatre, the opera and concert halls. Her social sphere largely comprised her relatives and her parents’ friends. Emma Zorn began attending children’s balls at an early stage. These balls were organised so that children of the same age could meet and get to know each other in a social sphere.

Emma Zorn met the young artist Anders Zorn in 1881. His father was a German brewer who had met Skeri Anna Andersdotter, originally from Mora, in Stockholm and this had resulted in Anders’ birth. Anders trained at the Royal Swedish Academy of Fine Arts and in the late winter of 1881 he was beginning to gain a reputation as a portrait painter. Emma and Anders Zorn met at Anna Geber’s home when he was there to paint a portrait of Emma’s nephew. This meeting led to a lifelong relationship.

The couple spent the first five years of their relationship largely separated, meeting for a month in 1882 and for a few weeks in 1883. Anders Zorn’s journey towards success began by working in Great Britain and in Spain whilst Emma Zorn remained at home in Sweden, which meant that heir relationship was largely conducted by correspondence until July 1885 when Anders Zorn returned to Sweden. At this point the couple became engaged and were then married in Stockholm on 16 October 1885. Their marriage experienced deep lows and highs but through it all they remained together. Their greatest sorrow was the fact that they remained childless as both of them were very fond of children.

The couple spent most of the ensuing ten years outside Sweden. Anders Zorn rented a studio apartment in Paris which he used as a base to build up an international circle of clients. Emma Zorn played a significant role in this through her Jewish social network. Anders Zorn’s work gained attention at the 1889 World’s Fair held in Paris and in 1893 Anders Zorn served as Swedish commissioner for the Swedish art section of the World’s Fair in Chicago. Emma Zorn accompanied her husband to the USA, where the couple stayed for nearly a full year. There Emma Zorn served as a hostess, formed important connections, and served as her husband’s business secretary with regard to his artwork. She dealt with acquiring tickets, insurance, transport needs, the supply of transport boxes, and she managed the correspondence. Emma Zorn’s previously demonstrated organisational skills really came to the fore at this time. Anders Zorn returned to the USA a further six times and on two of these trips Emma Zorn accompanied him again.

In 1896 the couple returned home to Sweden and set up a permanent home in Mora. There they established Zorngården, which was completed by 1910. Prior to this, a few years before the turn of the 1900s, the marriage suffered a crisis but the couple did not separate. Nevertheless, afterwards their life together was not quite as tightly knitted as it had been. Anders Zorn had a studio constructed in the wilderness, named Gopsmor, and Emma Zorn opted not to accompany him to the isolated spot with its old-fashioned lifestyle.

Following the Zorn’s move to Mora they both began to take an interest in the weal and woe of the local area. They primarily sought to promote training, learning, and reading amongst the locals. Emma Zorn was herself an avid reader and thus had good connections within the sphere. She instigated the setting up of a library for Mora parish residents in 1899. This became quite a distinguished library which in 1918 was incorporated into Mora public library. In the autumn of 1901 Emma Zorn established the Mora lecture association for which she served on the committee until 1926. It was in large part thanks to Emma Zorn and her contacts that this association attracted many clever and skilled lecturers. In March 1905 Mora Hemslöjdens Vänner was set up. This was only the second local handicrafts association to be formed in Sweden – the first was in Leksand, dating from the previous year. From the outset Emma Zorn served as the association chair and she was very active on its behalf. The use of plant-based dyes was a speciality in Mora and Emma Zorn funded the publish of a book on the subject.

In 1907 Anders Zorn founded a public college in Mora. This was a major undertaking. The intention was to give local youth an option of higher education after completing public school. The Zorn couple were both heavily involved in the college. Anders Zorn remained chair of the board for the rest of his life and was eventually succeeded by his wife. Over the course of the years they both made several donations, large and small, and both of them taught at the college on separate occasions.

The last donation made by the Zorn couple was that of the Zornska children’s home. In 1917 the Zorn couple donated land and a building and covered the director’s salary. Eventually the municipality took on the responsibility of providing these services and the children’s home ceased to be although other institutions still remain. The Zorn couple also made many smaller donations to those in need and associations which reflected their own aims. Following Anders Zorn’s death in 1920 Emma Zorn largely continued their joint efforts. Källaren Den Gyldene Freden which was donated to the Swedish Academy is perhaps the most famous Zorn donation. It was completed following her funding of the building’s refurbishment. Emma Zorn also supported the Swedish Institute in Rome, founded in 1926. Honorary diplomas and letters of gratitude addressed to Emma Zorn are numerous and these include her honorary membership of Stockholms Nordiska Museum from the 1920s. She had already received her first public recognition in 1905, namely the Turkish Chefkat order which is only awarded to women. In 1911 she received the Illis quorum medal of the eighth degree.

In 1921, the year after her husband’s death, Emma Zorn brought Gerda Boëthius, the art historian, in to serve as curator of the Zorn collections and they began a joint operation to reacquire works by Anders Zorn ahead of opening a museum. The latter was constructed by Ragnar Östberg who completed it in 1939. Today the Zorn museum is a major attraction on the shores of lake Siljan.

Emma Zorn spent most of the final twenty years of her life as before, enjoying many visitors, undertaking many travels, and in the company of many friends. During the 1920s her closest friends were Nathan Söderblom and Erik Axel Karlfeldt and they spent a lot of time together.

On 4 January 1942, at the age of 81, Emma Zorn passed away in Mora. Her urn was placed beside Anders Zorn’s coffin at Mora cemetery. The joint Zorn will now came into effect. Their fixed and personal belongings as well as their capital was donated to Zornsamlingarna, a state-run foundation. 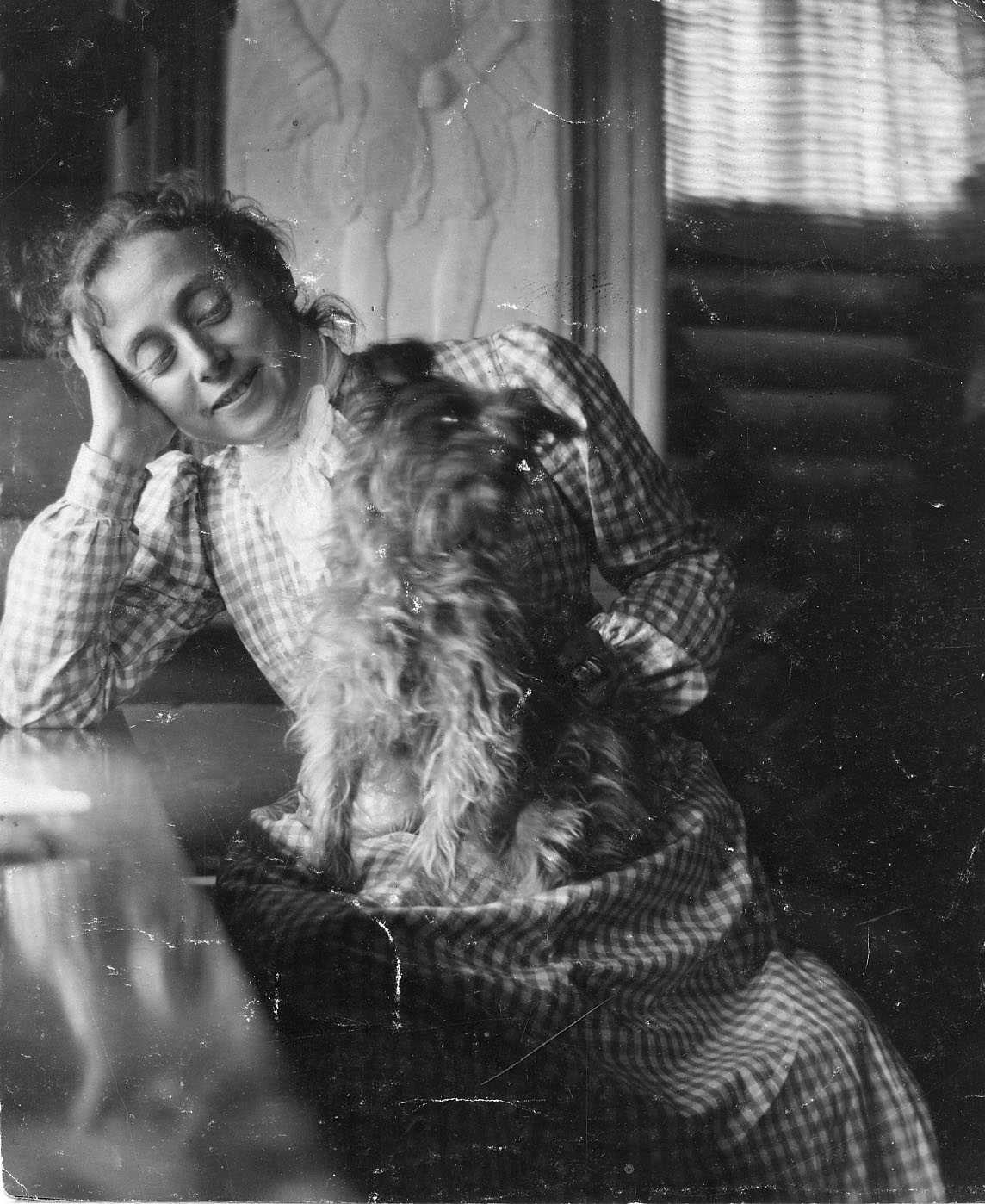