Emma Bendz was a writer of books for adults and for children. She also wrote poetry, plays, and two autobiographies. Posterity has deemed Emma Bendz’ work to be of very high cultural-historical value.

Emma Bendz was born in 1858 and she grew up in Äspö, Scania. She was the child of Lars Paulus Holmberg and Mina Fredrika Holmberg, née Gullander. The family numbered eight children in total but two died young, around the age of one year, whilst a third died aged eighteen. Lars Paulus Holmberg was a doctor of theology and served as a rural dean. Emma Bendz’ childhood home was well-served by a small corps of servants. For most of Emma Bendz’ childhood she was one of four siblings. Of these her brother, Teodor Holmberg, who was five years her senior, went on to become a well-known author as well as a politically conservative ideologue and polemist. According to Emma Bendz’ memoires the family’s life in Äspö was characterised by their father’s chosen profession as well as her parents’ intellectual social circle which comprised visits from and to other families of academics. Indeed A. U. Bååth belonged to this circle and not only became a part of Emma Bendz’ friend network from an early point, but remained within it for the rest of her life.

Emma Bendz received her earliest educational instruction from a governess. It has not been documented whether she attended any other form of formalised school enterprise. The literature selected for Emma Bendz’ reading had to meet with her father’s approval and, along with music and languages, formed a major part of her education. Corneille, Racine, Madame de Staël, and Goethe all left a particular impression on the young girl whose interest in literature and drama also found expression in her social life. For example, for her father’s 65th birthday a play was written and performed in his honour. Young Emma Bendz also served as her father’s assistant in reading academic literature relevant to his pastoral duties during a time when his eyesight significantly worsened.

Following her marriage to Hans Bendz and the couple’s move to Lund in 1882 Emma Bendz continued to enjoy an academically flavoured social and cultural life. It was this, along with her family and the countryside and its historical developments, that came to form the primary material for Emma Bendz’ written work. Although her debut as a writer occurred in 1893 most of her output dates from the last ten years of her life, following her husband’s death. Emma Bendz and her husband had five children together, two daughters and three sons.

The role of the idyllic genre must be highlighted within Emma Bendz’ written work, in relation to and perhaps even its nuancing of the cultural-historical aspects of her output. Her memoires are heavily focused on family, food, and the Rural versus the Metropolitan as contrasting topoi, which is hardly surprising given the writer’s background. However, the same elements are also apparent in her novels as seen in Solgårdsfamiljen, from 1920 and Onkel Teddy, published in 1924. The texts exude a nostalgic shimmer and often a simplicity which borders on the trivial. Whilst these qualities may have contributed to Emma Bendz’ work eventually becoming forgotten, when placed against the background of later research into the idyllic genre they can be understood in relation to the horrors of the First World War and the major societal and technological changes that occurred throughout the course of Emma Bendz’ adult life. Her novels and autobiographical works include many depictions of celebrations and more or less well-known academics, whilst also highlighting the importance of family and smaller communities. As befits the critical side of the idyllic genre these focuses may reflect her reactions to and counterpoints to a fundamentally changed world. As a foreword to Onkel Teddy, which is intended for young girls, Emma Bendz (then 66 years old) wrote: “There is undoubtedly a great chasm between the time portrayed in the story – that of the (18)70s – and the present. Opinions, tastes, employment, and leisure, all of it has changed to a degree that one could hardly foresee as possible within this comparatively short time period”.

Emma Bendz died in 1927. She is buried at Norra kyrkogården (the Northern cemetery) in Lund. 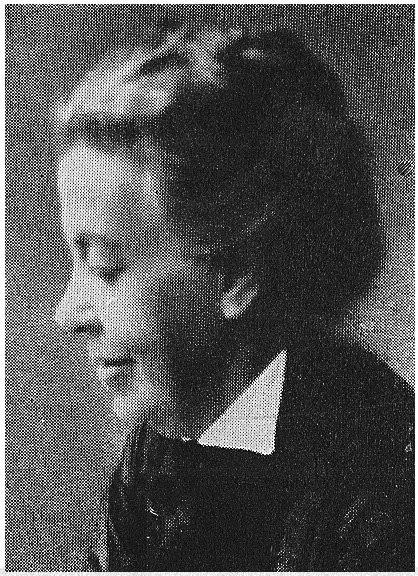