Emmy Evald was a philanthropist, teacher and feminist. She participated in the founding of the Women’s Missionary Society (the Augustana synod’s women’s missionary society) and started several collections for the poor and needy.

Emmy Evald was born on 18 September 1857 in Geneva, Illinois in the USA. Her parents were Swedish and she and her older sister Annie Carlsson, married Evald, were given a partly Swedish upbringing. Their father, Erland Carlsson, was a doctor of theology and a clergyman. He and his wife Eva Charlotta Carlsson, née Andersson, moved to Chicago in 1853 where Erland Carlsson had been offered a post as the pastor in the Swedish-Lutheran Immanuel congregation in Chicago. The congregation had 36 members at that time.

The family’s life was characterised by their strong engagement in the congregation, and the Carlsson sisters attended an elementary school in the city. They were later sent to Sweden to study at mamsell Cecilia Fryxell’s girls’ boarding school at Rostad near Kalmar. Pupils from all over the Nordic countries and also from North America came to study there. The emphasis was on language studies and one foreign language was spoken each week. Lessons in Christianity were also important. During their time at Rostad, the sisters were confirmed in Kalmar Cathedral. Back in Illinois, Emmy Evald’s schooling was completed with three years’ study at Rockford Female Seminary (later Rockford College, now Rockford University).

Among her classmates were her friends-to-be Jane Addams, a philanthropist who was later awarded a Nobel Peace Prize in 1931, and Catharine Waugh McCulloch who was a lawyer. Both were active feminists. Emmy Evald also became interested in women’s issues and wrote some articles on the subject. This combined with her profound Christian faith awoke her engagement in social issues. In 1875, her father had resigned his post in Chicago and acceded to a pastor’s job in the Swedish-Lutheran congregation in Andover, Illinois. Emmy Evald worked there for a time as a teacher and organist and took on the city’s orphanage in particular.

Her sister Annie Carlsson had married their father’s successor in Chicago in 1876, pastor Carl Andersson Evald. During a visit to Stockholm in 1880, she died however, at only 24 years old. Three years later, Emmy Evald married her former brother-in-law and moved back to Chicago. They had two daughters, Anna and Lillian. As a clergyman’s wife, she had a wealth of opportunities to dedicate herself to her social interests. She organised a congregational home for young Swedish women, started the Fredrika Bremer Förbundet in Chicago and ran a bible school for 300 people.

Emmy Evald was one of the founders of the Women’s Missionary Society (the Augustana synod’s mission association for women) in 1892 and was its president until 1935. To start with, only a few women were members but the well-organised association soon gained influence on every congregation in the synod and in 1942 the number had risen to 57,500 people. The association’s organ, Missions-Tidning (MT), came out for the first time in 1906 and it was edited for 29 years by Emmy Evald.

She had a strong interest in Sweden and when King Oscar II and Queen Sofia were to celebrate their 25th jubilee on the throne, a gift was handed over by Emmy Evald as the Chairwoman of the Swedish association for women’s equality in Chicago. The Swedes in Chicago also celebrated the jubilee there with pomp and circumstance and “on behalf of the ladies” Emmy Evald held a speech. She was the vice president of among others the American-Swedish Historical Foundation Museum in Philadelphia and The American Sons and Daughters of Sweden.

Under the leadership of Emmy Evald in the Augustana synod, the missions in Africa, China, India and Palestine were served by about forty missionaries. The synod built schools, orphanages and hospitals in various countries and after her husband’s death, Emmy Evald undertook a journey all over the world. In 1923, 140 Chicago Swedes, among them Emmy Evald and her son-in-law pastor Conrad Hoffsten, arrived in Sweden after a ten-day-long journey. In Stockholm, they were received with speeches and applause and a passage in the major daily newspaper Dagens Nyheter’s article read: “nobody [is] to such a degree worth being more known to the Swedish general public as Mrs. Emmy Evald”. The author of the article continues to describe her and her parents’ work to help Swedes who had recently arrived in North America in many ways. This work had led to her being awarded the Swedish Vasa medal in gold the previous year. The same year, she was made a Master of Arts at Augustana College.

Emmy Evald managed a good deal more during her long life. She was the president of the Lutheran Woman’s International League, participated in the founding of the Augustana Hospital in Chicago, and in 1926 until 1927 she undertook a journey of inspection to the various mission fields. At 70 years of age, she did not allow herself to be frightened off by the civil war in China, but opened the girls’ school that was named after her in Xuzhou: Emmy Evald High School Building.

To advance the work of the Svenska Jerusalemsföreningen, Emmy Evald visited Palestine in 1923 and 1927 and she described her travels in Stockholm. In 1931, the Lutheran Home for Women in New York was opened (now Seafarers International House). It had 85 rooms and was intended for Swedish girls first and foremost. Emmy Evald was the housemistress for the home that was self-sufficient, and she spent the rest of her life doing that, helped during her final years by her daughter Lillian Carlsson.

In 1935, Emmy Evald was made Doctor of Humane Letters at Upsala College, East Orange in New Jersey. When she celebrated her 80th birthday, she received magnificent tributes and was called “our Mother of the Mission”.

Nickname: Our Mother of Mission 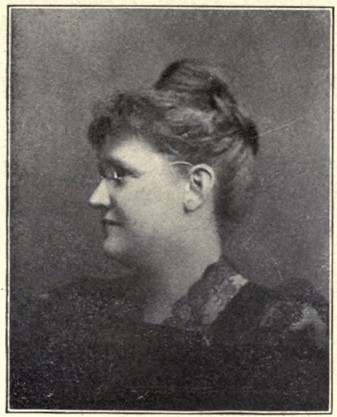