Emmy Rappe was the first secularly trained nurse in Sweden. She was also a pioneer of efforts to transform nursing into a profession requiring both theoretical and practical training.

Emmy Rappe grew up on the Strömsrum estate in Kalmar county. Her parents were Baron and Lieutenant Adolf Fredrik Rappe and Ulrika Catharina Vilhelmina Rappe. Her mother died when Emmy Rappe was a little over three years old. She had two sisters. Her family came to include half-siblings after her father remarried. Emmy Rappe herself never married, but stayed at her parents’ home leading a spinster’s life as was the norm at that time. When Emmy Rappe was in her 30s she was invited by Föreningen för frivillig vård av sårade och sjuka i fält (the society for the voluntary care of wounded and unwell soldiers; later the Swedish Red Cross) to train as a nurse at St. Thomas’ Hospital in London. Military medical care was in desperate need of health care development, and this was also one of the reasons for Florence Nightingale’s interest in training nurses.

Emmy Rappe trained as a Florence Nightingale-inspired nurse at St Thomas’ Hospital from 1866–1867. During her time in England she learned the importance of hygiene, how to properly care for patients, and that medical care should be provided under the guidance of a trained nurse. Once she had completed her training Emmy Rappe returned to Sweden. There she began to work at the newly-built Akademiska hospital in Uppsala, serving as head nurse on the surgical ward. She spent ten years there, sometimes facing opposition, seeking to introduce these new approaches to medical care. She made very significant contributions as the director of the nurses’ school established by the Red Cross at the Akademiska hospital in 1867. This was Sweden’s first secular nurses’ school. Emmy Rappe trained a number of nurses who, in turn, went on to further disseminate the new ideals and work methods within the healthcare system. In 1877 she was appointed house-mother and director at Upsala hospital, where she worked for the next ten years. The demanding and unregulated work hours she endured probably caused her health to suffer and eventually lay behind her resignation. She then spent a lengthy period of time convalescing abroad and eventually settled down near Helsingborg.

Emmy Rappe was inspired by contemporary emancipatory ideas regarding how upper-class women could fulfil professional roles and contribute to society, including caring for ill people who were not family members. These were bold concepts, however, and Fredrika Bremer’s 1985 novel Hertha caused a lively public debate due to the lead female character’s role in tending to an unfamiliar man’s knee. Sophie Adlersparre, a leading figure within the Swedish women’s movement, championed Emmy Rappe’s right to be trained at St. Thomas’ Hospital. Following her return from London Emmy Rappe kept in touch with Florence Nightingale. She describes the lows and the highs of working at the Akademiska hospital in these letters. On her retirement from the health service Emmy Rappe was awarded the royal gold medal of the 12th degree with an azure ribbon and gold edges in recognition of her “commendable efforts”. 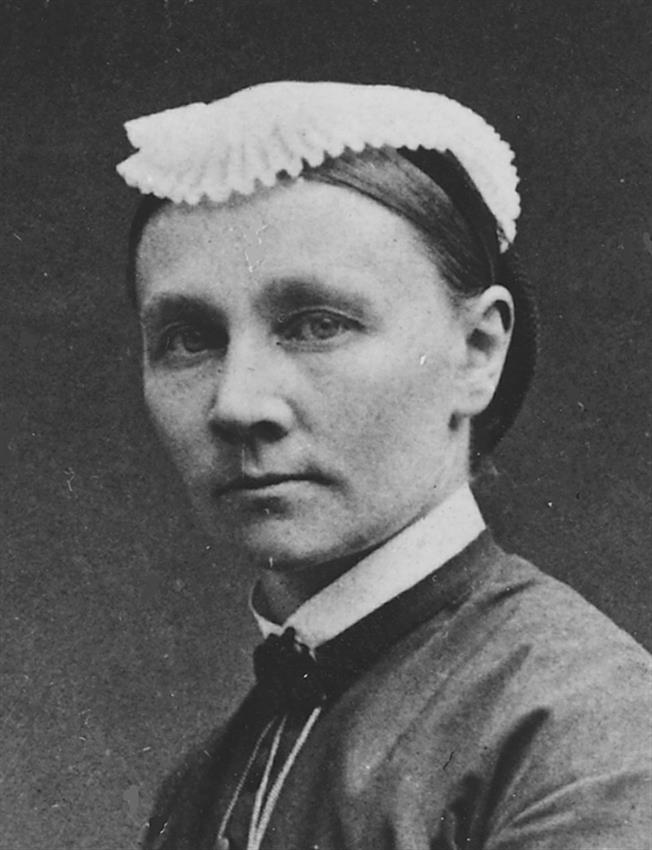