Emy Fick was a textile artist and one of the key people of Swedish sewing schools and the Swedish fashion world during the 1910s and 1920s.

Emy Fick was born in 1876. She was the eldest of Edla Levin and Paul Kylander’s three children. She grew up in Östermalm in Stockholm, where the family lived until her father died at the end of the 1890s. Her father was a wholesale merchant and her mother came from a noble family from Muskö in the Stockholm archipelago. Emy Fick appears to have had a background typical of the middle class during King Oscar’s reign. Her father’s side of the family brought wealth and her mother’s side brought nobility. In 1921 Emy Fick married Emil Fick. He was in the military and was a captain of the cavalry. He was also a sportsman, mainly within fencing and riding, and competed in the 1912 Olympic Games in Stockholm.

Emy Fick was a textile artist and a fashion director. Around the turn of the century she spent a few years studying at Handarbetets Vänner (Friends of Handicrafts) and undertook several study trips overseas in the early 1900s. She studied lace at Baroness Cavazza’s school in Bologna, Italy and also visited Florence and Rome. In the early 1900s Emy Fick travelled to France and Germany in order to study tapestries. During the first decade of the 20th century she also spent a few years working in the textile department at AB Nordiska Kompaniet (NK) under the textile artist Thyra Grafström. During this period she was given financial support by NK for a one-year study visit to study sewing in Paris, which she spent at the famous Worth fashion house.

Emy Fick got to know Elisabeth Glantzberg while she was at NK. In the autumn of 1910 they set up a company called Birgittaskolan, which was a sewing school and fashion studio located in Stockholm city centre. It attracted customers from the upper classes and the nobility. Courses primarily focused on sewing clothes but also comprised children’s clothing and household linens, as well as embroidery and lace-making. In addition, Birgittaskolan also served as a textile studio, where linens, artistic sewing, textile images, and tapestries as well as woven rugs could be ordered. The courses offered varied in length. The shorter courses were suited to those who wanted to learn to sew their own and their children’s clothes. The longer six-month courses were considered to be career development courses. Birgittaskolan was probably influenced by other similar enterprises but still seems to have been the first of its kind in Sweden in that it was a company which encompassed both commissions and teaching courses.

Emy Fick was remarkably talented at embroidering. She embroidered several pieces, for example a screen given in 1905 as a wedding present to the time’s Crown Prince Gustav Adolf and his consort Margareta, as well as a wall hanging inspired by a design created by the architect Ferdinand Boberg in 1906.

Around the year 1930 Emy Fick was responsible for several major woven image projects at Sankta Birgittaskolan. These were all tapestries, woven hangings, which measured several meters and portrayed imposing images with richly detailed narratives. Ruth Fischer designed a motif for one of these tapestries which was taken from Selma Lagerlöf’s story “Legenden om julrosorna”. Emy Fick’s collaborated most with the artist Ossian Elgström. The tapestry entitled Leif Eriksson upptäcker Vinland was woven during 1929-1930 at Sankta Birgittaskolan according to a sketch Ossian Elgström made for Folke Bernadotte. It was displayed at the Stockholm Exhibition in 1930 and at the Chicago Exhibition in 1933.

Emy Fick had displayed her embroidery work, woven images, and household textiles at earlier international exhibitions. She displayed at the Exposition internationale des ars décoratifs et industriels modernes in Paris in 1925 where she won both the gold and the bronze medal for her work. Through the years she was also awarded honourable mention at exhibitions in London, Oslo, Helsinki, Gothenburg, and Malmö.

Emy Fick was also very knowledgeable about and interested in lacework. In addition to the studies she undertook in Italy, and the courses in both sewing with lace and lace-making offered at Sankta Birgittaskolan, she had a significant lace collection which included several rare pieces from the seventeenth century.

After being widowed Emy Fick closed her enterprise at Sankta Birgittaskolan in the mid-1930s and moved to Östergötland. She lived at Strålsnäs manor, where she had room for her large collection of clothes, lace, and furniture.

Emy Fick died in 1959. She is buried at the Norra cemetery in Solna. In 1957 she bequeathed most of her belongings, including her lace collection, clothes, furniture and other items, to Östergötland museum. This collection now forms the two archives Emy Ficks enskilda arkiv and Fickska samlingen. 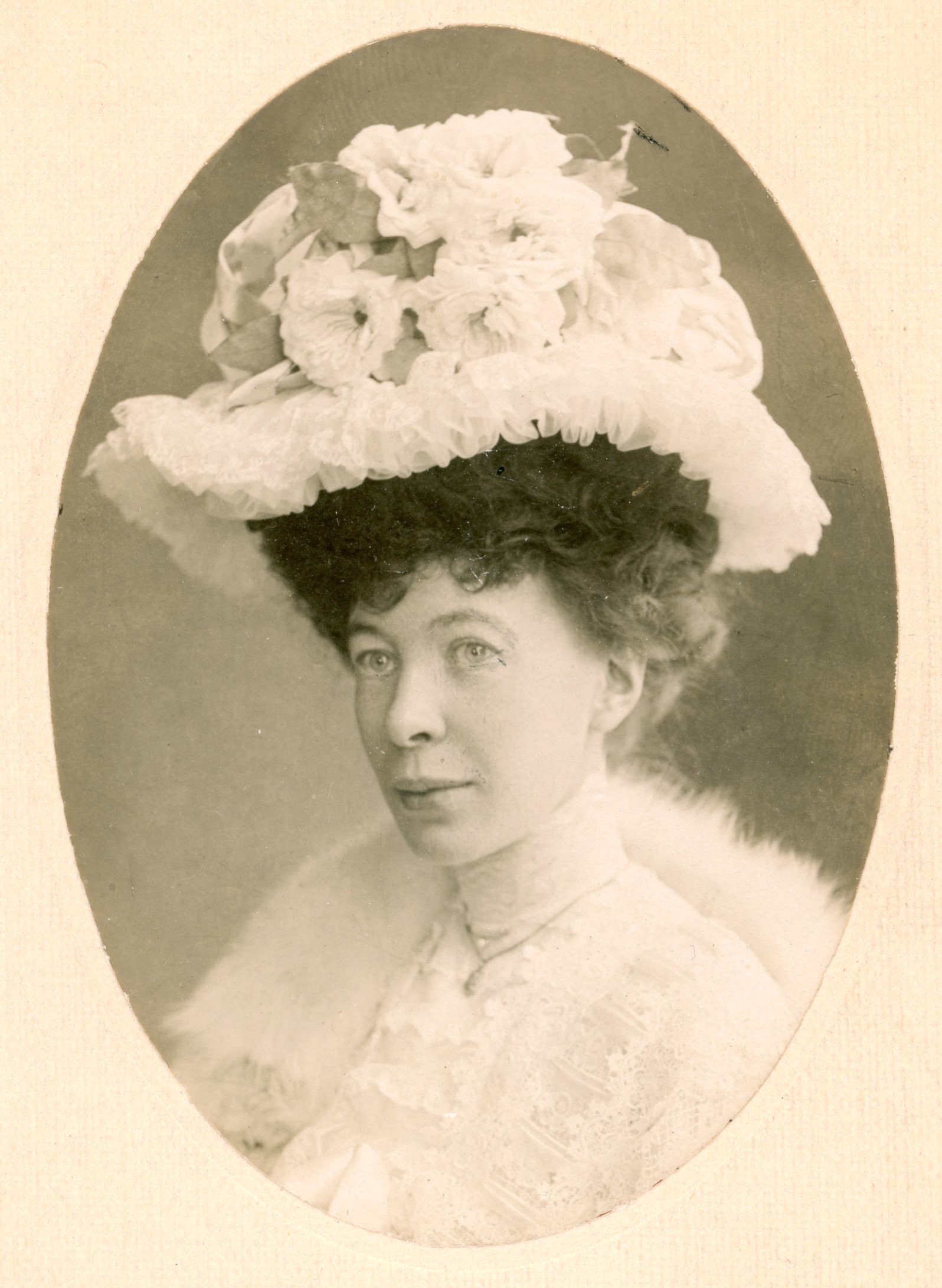