Ester Klingberg was not only one of Lindesberg’s best-known clothes merchants of her time. She was also a foreground figure in the Free Baptist congregation, a branch of the Baptist movement.

Ester Klingberg was born in 1876. She was the oldest of six children born to Stina Beata Johansson, née Lundqvist, and her husband Karl Fredrik Johansson, a clothes merchant. He had a clothes shop in Hova at that time. Ester Klingberg arrived in Lindesberg when she was 21 years old, in 1897, to take over the clothes shop there at Kungsgatan 25. This was the start of a wave of friends and acquaintances moving from Västergötland to Lindesberg.

In the summer of 1899, Ester Klingberg was well established in her new home town and felt it was time to get married. Her choice fell on Karl Henning Klingberg, a 28-year-old painter from Mosstorp, between Hova and Gullspång. His parents Sven and Lovisa had a small farm there on which they had brought up eleven children. Karl and Ester Klingberg settled down in a flat above the clothes shop. The building was owned by the well-known shoe wholesaler Carl Ludvig Palmgren. Karl Klingberg bought it in 1911 when Palmgren moved to a large, newly built house close by.

Ester Klingberg’s parents and siblings also moved to Lindesberg. In 1900, her father purchased the adjacent building at Kungsgatan 27, after the owner had died. He started K F Johansson’s Herrekipering & Skrädderiaffär (men’s outfitters and tailoring) that his son Arvid took over in 1903 and ran until the mid-1920s. In the autumn of 1898, Ester Klingberg already had help in the shop from her sister-in-law Hanna Klingberg. She married the furniture merchant Erik Persson from Järnboås. For a number of years, he had a furnishing and funeral parlour in Lindesberg. Yet another of Karl Klingberg’s sisters, Alfrida, settled down in Lindesberg. She married Fredrik Karlsson, a building carpenter, in 1903. He also came from around Hova.

One important reason why these families left the province of Västergötland and moved to Lindesberg was that they were Free Baptists. This branch of the Baptist movement, whose leader was the itinerant preacher Helge Åkesson with his teachings, was for a long time considered unorthodox in Västergötland. Åkesson’s disciples were all the more numerous in the county of Bergslagen, and in Lindesberg the greater part of the Baptist congregation had in fact joined the Free Baptists. Ester Klingberg’s sister Ellen married master painter Karl Sollin who was also active in the Free Baptist congregation.

Karl Klingberg became the leader of the congregation in Lindesberg and during the following years, he undertook long journeys as a preacher to other congregations. Ester Klingberg was also engaged and took on the Sunday School in Lindesberg. As the years passed, Ester Klingberg came to be a well-known and respected person in the Free Baptist association, especially for her engagement in Solhem. This group within the Free Baptist association administered and managed the Kåfalla Rest Home near Lindesberg. Older members of the association could spend their old age in peace and quiet at the old manor house in Kåfalla, that had previously belonged to the Gahn family who owned the works.

During many of his assignments as an itinerant preacher, Karl Klingberg seldom received any recompense other than food and lodgings. He did not have much time over either for his real profession of being a master painter. He was therefore often anxious about the family’s economy, that in practice rested upon his wife’s clothes shop. Ester Klingberg is said to have calmed him with the reply: ”You deal with your vocation, and I’ll look after the worldly side of life”.

It was a resolute response, but it was also a matter of being an unusually energetic and enterprising business woman. Klingbergs Manufakturaffär offered everything the women of the town could be considered to need: underwear and corsets from Fox, stockings and nighties, dresses and skirts for everyday wear and parties, fabrics from Säter’s weaving looms and much, much more. Apart from the shop and her assignments for the Free Baptists, Ester Klingberg had a family to look after, often on her own when her husband was away on his preaching tours. They had seven children, of whom one died in infancy. Their daughter Lisa also died young, in 1925, when she had just turned 19 years old.

Ester Klingberg died in 1965. The building in which the Klingbergs lived and where Ester Klingberg ran her shop for almost 50 years, is still standing at Kungsgatan 25. However, it is seldom that anyone uses that exact address. Most people just say “Klingbergs”. That is enough. 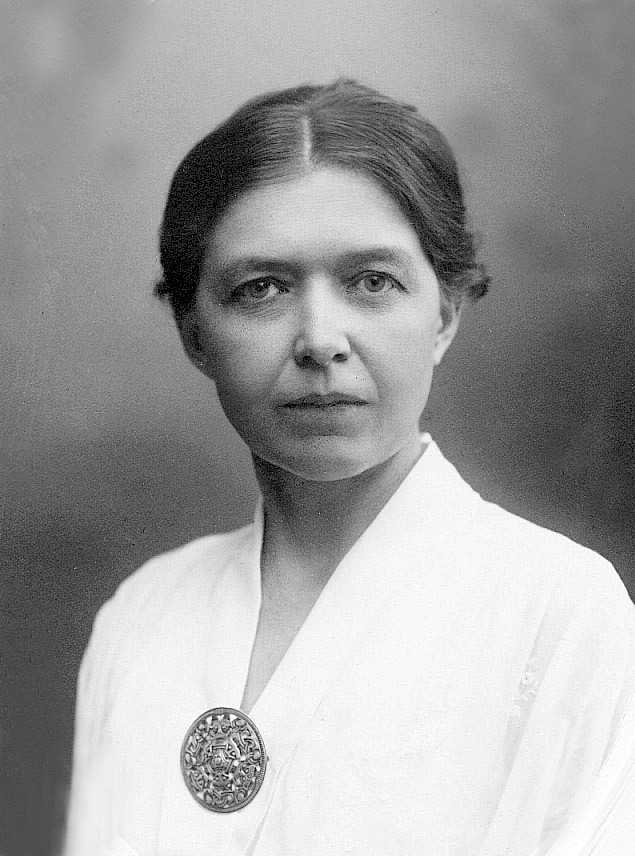