Ester Nilsson was a journalist and the first specialised agricultural reporter in Sweden.

Ester Nilsson was born in 1886 and grew up in Kvidinge parish in the southern Swedish province of Skåne, where her father owned a brewery. With six siblings in the family, education was not a given for a girl, but in 1900, Ester Nilsson moved to Helsingborg where she was able to live at the home of the seamstress Olivia Andersson, her foster mother according to the population registry. Ester Nilsson later worked as an elementary schoolteacher in Torstuna, Uppland, and probably also for a year or two in Skåne.

Ester Nilsson was to give the rest of her professional life to journalism, starting with the daily newspaper Stockholms Dagblad in 1911, first as a volunteer and later under the signature La Plume. The Chief Editor, Carl Gustaf Tengwall, was a precursor in the press of that day with his declaration that Stockholms Dagblad would pay attention to ”women, their interests and their strivings”. On the editorial staff, Ester Nilsson became colleague with many women, like Else Kleen and Elisabeth Krey-Lange, both giving extensive coverage to the suffrage movement and women’s questions in general.

Ester Nilsson became involved in the Fredrika-Bremer-Association, and participated as a substitute in the Association’s delegation at the Eighth International Women’s Suffrage Conference in Geneva in 1920, organised by the International Woman Suffrage Alliance (currently the International Alliance of Women). Like many of her journalist colleagues, Ester Nilsson was socially engaged and wrote many articles in Stockholms Dagblad about children’s situation during the hunger years of the first world war, among other things. In 1917—1919 she was editorial secretary for the periodical Nytt och gammalt från det sociala arbetsfältet, parallel to her work at Stockholms Dagblad.

Schools were a special field for Ester Nilsson, as a former teacher. When she moved to the daily newspaper Stockholms-Tidningen in 1919, it was precisely school concerns that were her first field of coverage, with many debates on the question of whether or not grammar schools should be open to girls as well as boys, a reform that finally took place in 1927. She also wrote a textbook, Husmor och hembiträde, for the domestic science college in Stockholm in 1923.

Culture and church matters also belonged to Ester Nilsson’s field of coverage before the dynamic editor Ewald Stomberg became chief editor for Stockholms-Tidningen and introduced his speciality, ”activ journalism”, with Lucia competitions, collections for needy children, and similar activities that meant news created by himself to write about. With this method, he wanted to win new groups of readers for Stockholms-Tidningen among the country’s farming population. Ester Nilsson became a pioneer in this field by organising exhibitions and competitions around the country, and also giving a voice to the association for farming youth, Jordbrukare-ungdomens förbund (JUF), apart from the usual news coverage of agricultural questions. This she did under the more modern signature Job Parker. She was also the editor for many years of the Stockholms-Tidningen magazine section Lantmannabladet.

In 1954, Ester Nilsson left Stockholms-Tidningen, a year or so before it was sold to the Swedish Trade Union Confederation (Landsorganisationen i Sverige (LO)), but right up until her death she continued to write for Lantmannabladet. Her colleagues remember her as a very respected and knowledgeable professional woman, pleasant among her group of comrades but reserved concerning her own private life.

Ester Nilsson had many assignments for various associations. She was among the first women to become engaged in her profession’s trade union issues, and was a member of the Swedish Journalist Association’s (currently Journalistförbundet) election committee in 1923—1934, as well as being their ombudsman at the Association’s congress in 1937. She became a member of the Publicist Club (Publicistklubben) as early as 1913, and was a member of its bursary committee in 1929—1930.

Ester Nilsson undertook several journeys abroad within the framework of her professional and association activities, among others to Switzerland and France in 1920, England in 1922, as well as Denmark, Norway, Italy and Germany. 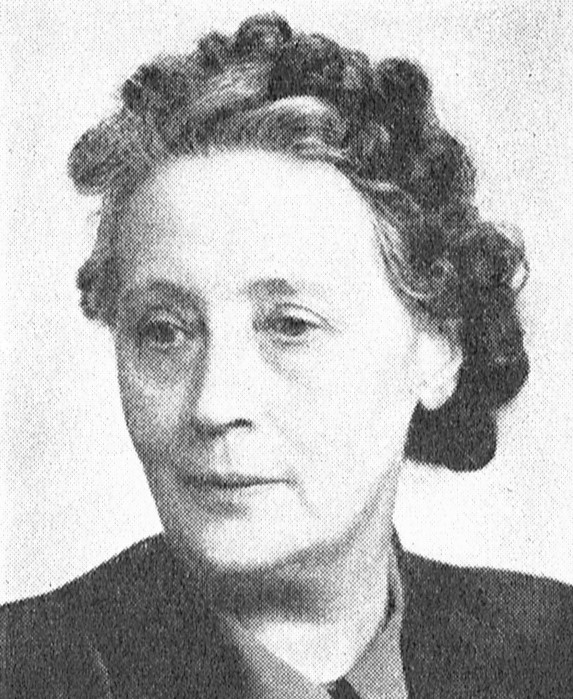