Anna-Lisa Lagby was the head of the secretariat at Arbetsmarknadens kvinnonämnd (Labour Market’s women’s committee) for nearly 20 years. She was heavily engaged in social issues and was involved in improving women’s professional options.

Anna-Lisa Lagby was born in Uppsala in 1911. She was the eldest daughter of Carl August Runsjö, a merchant, and his wife Ester Augusta. The family eventually moved to Gävle where Anna-Lisa Lagby’s brother, Sixten, was born. Then the family moved to Stockholm, where Anna-Lisa Lagby began working as a telephone operator at Telegrafverket. She then met the man she went on to marry, Gottfrid Lagby, who was a carpenter, and they married in 1941.

By 1934 Anna-Lisa Lagby had already become an active trade unionist. Four years later she became an elected member of Telegraf- och telefonmannaförbundet (later Svenska teleförbundet, now Seko). This federation was part of Landsorganisationen (LO; Swedish Trade Union Confederation) and when LO’s representatives met in 1948 Anna-Lisa Lagby had already succeeded the late chair of the federation’s board. This meant that for the first time the 7,100 female members had a female voice to represent them and to petition for improved training options for the telephone operators.

Anna-Lisa Lagby had several irons in the fire simultaneously. In 1947 she became an assistant Human Resource Officer at the Stockholm telephone exchange. By the early 1950s she was on the Änkepensioneringskommittén (widows’ pension committee) and a few years later she had entered into municipal politics and served on Stockholm city council as a representative of the Social Democratic party. At the 1955 LO women’s conference on equal pay, where it was revealed that women were only paid 75 percent of the salary that their male counterparts received for doing the same work, Anna-Lisa Lagby served as chair of the conference. When it was time for the lunch break she advised the gentlemen attendees with these words: “It is said that women have great patience. However, they can also be pushed to breaking point. I think we have reached that point now”.

A severe shortage of labourers arose following the end of the Second World War. There were not enough immigrant workers to fill the void and thus in 1951 Arbetsmarknadens kvinnonämnd (AKN) was established. This was a joint body representing women’s rights within the labour market. In 1956 a secretariat was set up, of which Anna-Lisa Lagby became the head. The secretariat, which became a consultative body for proposed legislation, focused on creating more comprehensive labour opportunities for women and relieving the load of housework which married professional women shouldered. AKN disseminated information, generated discussions, and served as opinion-influencers about equal training opportunities for men and women and for sexual parity with regard to employment applications. Anna-Lisa Lagby visited youth centres in Stockholm, spoke to young women about their employment choices, and tried to enthuse them about seeking work in areas beyond those considered to be traditionally ‘women’s work’.

During the 1960s AKN petitioned for an expansion of the daycare enterprise to include qualified pre-school teachers amongst its staff. Anna-Lisa Lagby frequently appeared in the daily press and was also a persistent public speaker. She ran a course called ‘Kvinna i takt med tiden’ which dealt with such subjects as managing housework, part-time work, childcare, and more. As head of the secretariat she was actively involved on behalf of work-related problems suffered by older women and she forged connections with a wide range of authorities and organisations. In 1963 she, along with Curt-Steffan Giesecke, chair of AKN, and deputy chair Sigrid Ekendahl, undertook a study visit to the USA. There they experienced training programmes for women in industry and in banking as well as the American approach to childcare and consumer information.

AKN organised weekly courses on trade unionism and made visits to food shops, discovering out-of-date goods. AKN believed that laymen should provide input when residential areas were being planned and ensured that the subject of the value of housework was brought up on panel discussions. In order to study childcare and social services related to women in paid employment AKN sent a delegation, including Anna-Lisa Lagby, to Israel. In the late 1960s AKN investigated school textbooks and protested against a middle-school textbook which promoted outdated gender role divisions. Anna-Lisa Lagby emphasised that “in order for there to be equal opportunities in the labour market boys and girls must get the same education, be equally career-minded, and take equal responsibility for housework and childcare”.

In December 1969 AKN’s daycare efforts faced serious opposition in an article published in the Dagens Nyheter newspaper. Per-Olof Hanson, financial commissioner, said: “Those women with two or more children do a greater service to society by staying home and looking after the children, and serve as housekeeper for their husband, than if they join the paid employment world”. Anna-Lisa Lagby countered in a later debate that it was anti-social to educate women and then have them remain at home, even after any children had flown the nest.

AKN’s secretariat was shut down in 1975 when the trade unions set up their own family sections. Anna-Lisa Lagby then worked as a consultant until she retired. When she retired she expressed her hopes for the future in an article published in the Lärartidningen newspaper. She hoped that the daycare-centre investigation’s proposals for pre-schools to be available to all would become reality, that the labour market would become a sphere of equal opportunity for both men and women, and that the teaching about gender roles would be considered in both pre-schools and in all classes at school. Another hope was that working hours for both men and women would be reduced to part-time, but that preferably altogether shorter working hours would be introduced for everyone.

After retiring Anna-Lisa Lagby served as a representative for PRO-Jakobsberg in the municipal pensioners’ council. She spent the later years of her life living as a widow in Uppsala.

Anna-Lisa Lagby died in 2005, aged 95. Her remains lie at the memorial garden at Berthåga cemetery in Uppsala. 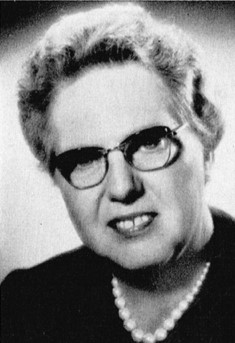