Ethel Ringborg Wiklund was born in Kalmar in 1930 as Ethel Ringborg, which was also the name she was to work under until her marriage in 1975. Her parents were the landowner Hans-Gustaf Ringborg and Carly Ebba Catharine, née Byrgesen-Wulff.

As a director, according to her colleagues Rolf Ekéus and Ulf Svensson, Ethel Ringborg Wiklund had a modern style focusing on team spirit. She was not authoritarian but encouraged people’s own initiatives. During her time as director of the section for bilateral aid in 1967—1972, she was involved in several decisions made on politically charged issues concerning aid. Among other things, it was Ethel Ringborg Wiklund and her colleagues who produced the blueprint for politics that permitted a gradual increase of aid to South Vietnam’s national liberation front and to North Vietnam, presented by the then foreign minister Torsten Nilsson. In the preparation process, she emphasised that development aid to North Vietnam was not in conflict with Swedish neutrality and referred to Sweden’s economic trade links with warring countries during the second world war. After the equalisation report that the Social Democrats and the central trades union organisation LO produced at the end of the 1960s under the leadership of Alva Myrdal, Ethel Ringborg Wiklund worked actively for pervasive reforms of Swedish aid politics. She was criticised for the reforms that only involved a shifting of Swedish aid to the so-called developing countries whose development politics were characterised by social and economic justice. Together with Ekéus and Svensson — a group that came to be known as ”The Red Gang” — she defended the principles behind the changes in an article in the magazine Tiden, and pointed to inequality as one cause of underdevelopment. Her activities had a lasting effect on Swedish aid politics.

In 1972, Ethel Ringborg Wiklund was appointed embassy counsellor in Gaborone, Botswana where she also worked as chargé d’affairs. Her mother Carly Ringborg lived for long periods with her daughter in the residence and examined all visitors stringently, according to the SIDA official at the time, Tore Zetterberg. During her time in Botswana, Ethel Ringborg Wiklund attended a private flying school where she met her future husband, Oskar Wiklund, who had been sent out by SIDA as an expert in professional training. The couple were married in 1975 and the marriage lasted for a decade, until Oskar Wiklund’s death in 1985.

In 1976, the year after she married, Ethel Ringborg Wiklund was appointed embassy counsellor in Lisbon. In 1978 she was made ambassador in Reykjavik, where she remained until 1983. She thus became the first woman head of a legation who had been appointed first as an attaché and made a career in the State Department. The women ambassadors previously appointed during the 1900s, Alva Myrdal, Agda Rössel, Inga Thorsson and Cecilia Nettelbrandt, had no State Department background but were politically appointed. Shortly thereafter, in 1979, another woman career diplomat, Irene Larsson, was appointed as ambassador in Gaborone. She had also been accepted as an attaché at the State Department, in 1963.

Between 1983 and 1986, Ethel Ringborg Wiklund was an inspector at the Foreign Ministry, where, according to Tore Zetterberg, she inspired confidence in all categories of personnel and showed a good capacity for listening. During 1986—1987, she was once again head of a legation, this time in Buenos Aires, as ambassador in the Argentine with accreditation in Montevideo, Uruguay and Paraguay. From 1987 until her retirement in 1995, Ethel Ringborg Wiklund served at the State Department and was involved in the United Nations’ social activities and Swedish multilateral politics. In cooperation with the Ministry of Health and Social Affairs, she examined among other things the final document from the United Nations World Conference on social development in Copenhagen in 1995. Even after her retirement, she was assigned by the Ministry of Health and Social Affairs to jobs within the field of international social politics.

Ethel Ringborg Wiklund died at the age of 66 in 1997. She was buried in Råcksta Cemetery in Stockholm, with her husband and mother. 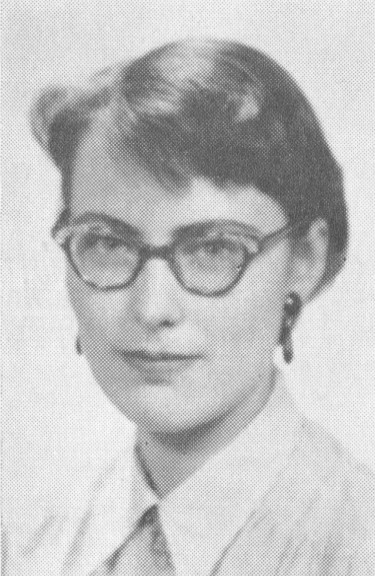