Eugenie Brummer was one of the most successful of the hundreds of school entrepreneurs of the late nineteenth century. The Brummer school in Stockholm was a large and renowned educational establishment for girls that lasted for many years.

Eugenie Brummer’s life began in a children’s home. When she was still an infant, her mother, Johanna Carolina Sundberg, handed her into Allmänna Barnhus (the general children’s home) in Stockholm. In 1848, when she was two years old, she became foster child to the organist Erik Broström and his wife Maria, née Brummer. Her foster parents’ marriage was an unhappy one, and they divorced in 1858 having already separated in 1850. Eugenie Brummer was brought up by her foster mother and her elder sister in Söder in Stockholm. Her foster mother was the daughter of a naval captain and belonged to the noble Brummer family. Her mother went by the name of von Brummer, but Eugenie never used that form of the name. Eugenie Brummer received a good upbringing by her foster mother, but never received any formal school education.

After taking a pedagogical course at Klara school, a model school led by the dynamic Stockholm school inspector Carl Jonas Meijerberg, Eugenie Brummer started on her path to becoming a teacher. Carl Jonas Meijerberg encouraged her to continue her studies. The expanding capital city had a great shortage of teachers and in 1865 she was accepted into the very first class of the newly established Stockholm teacher training school. The teacher of both the initial pedagogical course and the teacher training class was Ebbe Gregersson, later Sundén, who was a pioneer of pedagogy aimed at the individual, with independent learning at its core. Ebba Gregersson was at the time considered to be the foremost teacher in the capital city and Eugenie Brummer became her favourite student. They maintained contact and Ebba Gregersson, who gave up her profession after getting married, served as a mentor for Eugenie Brummer when she established her school. At the teacher training school Eugenie Brummer was also deeply religiously influenced by its rector, the priest Alfred Steinmetz, who later became her husband. Eugenie Brummer graduated in 1867 and became linked to the teacher training’s practise school, where she was responsible for the junior school and functioned as the tutor for practical training.

A commission as a private teacher for Gustaf af Ugglas, minister of finance and later governor-general, and his wife Thérèse gave Eugenie Brummer access to the social elite. She also overcame her own social insecurity, which had previously hampered her. She formed a lifelong friendship with the Ugglas’ daughter Lizinka, later Dyrssen, who would later become a prominent figure in the women’s movement. Eugenie also became friends with the deeply religious Princess Eugénie. In 1873 Eugenie Brummer became associated with the Beskow school, a school for the sons of families of means, which had been founded by Gustaf Emanuel Beskow, Stockholm’s most well-known revivalist priest. The school even had a royal touch as King Oscar and Queen Sofia sent their sons there. Eugenie Brummer became a teacher for the preparatory classes, which was generally women’s responsibility. She thus gained experience of teaching young boys, which she valued highly.

Eugenie Brummer’s ideals of pedagogy for the individual meant that she did not believe that classes should hold more than twelve to 14 students. This led her into conflict with the Beskow school, where there were sometimes 30 students in a classroom, purely for financial reasons. This unsatisfactory state of affairs led Eugenie Brummer to resign from the school and found her own school.

The Brummer school had a slow start in 1882 with four teachers and 33 students, but it was not long before the school gained the trust of parents and expanded rapidly. In the spring of 1890 the first eighth grade class was formed. At the time the school comprised a junior school with preparatory classes for both boys and girls and an upper primary school for girls through to eighth grade. Initially the school was based in a building next to the Johannes cemetery but due to the growing number of students Eugenie Brummer was forced to hire new and larger premises in the neighbourhood. She worked hard to find a building within which she could house the entire school, a dream that was realised in 1897 when the Brummer school relocated to an impressive new construction on Johannesgata. At that time the school numbered 528 students and employed nearly 70 teachers. Eugenie Brummer tried to maintain the principle of small-sized classes for a long time, which led to her to continuously setting up more classes. Over time, however, it became necessary to increase the class sizes.

Eugenie Brummer was the school director until 1914. She gave up her position after she married Alfred Steinmetz in 1893 but soon returned when her husband unexpectedly passed away just three months later. Alfred Steinmetz, at the time pastor in Bollnäs, had been appointed doctor of theology at the jubilee celebrations of 1893, and this led to Eugenie Brummer being addressed as and referred to as “doktorinna” Steinmetz. In order to generate capital to build the new school a limited company was set up, but Eugenie Brummer remained the sole owner of the school until 1918 when it was handed over to a trust, along with inventories and funds. Eugenie Brummer believed that a school should “not be a business matter”.

With few exceptions the founders of Stockholm’s girls’ and co-educational schools had come from the higher teacher training programme and its training school, Statens normalskola, which was the only state-run girls’ school in Stockholm. There, and at many private higher girls’ schools, graduation entailed equivalent qualifications to those obtained at a normal school, facilitating access to further education and certain state professions. There was a large network connecting the teacher training programme and training schools, which was based on shared liberal values and an interest in the professional training aspect of girls’ schools. Eugenie Brummer came from a different background and her school had a different profile. It only gained normal school qualification equivalency in 1910. For a long time Eugenie Brummer principally rejected the idea of seeking state support. The Brummer school also had an upper-class feel to it. One aspect of this exclusivity was that the school never advertised or posted notices in the newspapers. Eugenie Brummer, who also otherwise did not like to be in the public eye, only obtained her students through recommendations made by parents to other parents.

Eugenie Brummer was no pedagogical innovator but was talented at selecting useful ideas from her time’s extensive debates on education. One example was her innovative use of foreign languages in language classes, at the time an unusual approach. Eugenie Brummer also felt that religious education classes and morning services should be focal elements of teaching, an unsurprising consequence of her strong and life-affirming religious belief. Faith in God, Christian freedom and an optimistic view of humanity formed the basis of Eugenie Brummer’s ability to combine all the positive forces in her service into enthusiastic collaboration. She was inspirational rather than controlling and gave each teacher the freedom to take full responsibility for their work. This went a long way toward explaining her success as a school entrepreneur. 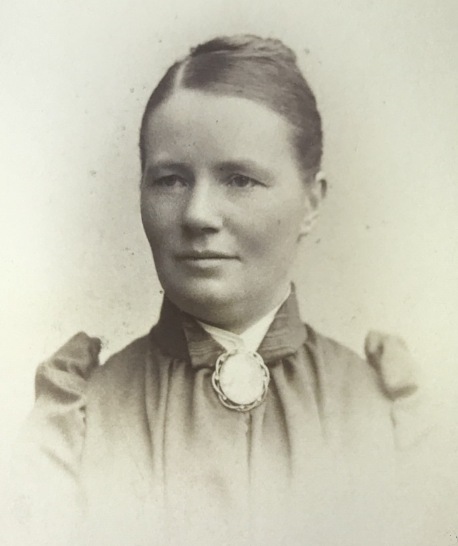