Eva Dickson was a Swedish adventurer who was known not only for her car journeys across Africa but also for being one of the first Swedish female pilots. She also had ties to the well-known Märthaskola where she was a fashion designer.

Eva Dickson was born at Stening castle in Sigtuna in 1905. At the age of two she moved to Ljung castle near Linköping. She was brought up within an upper-class environment along with her brother Åke who was one year her elder. Her mother, Maria ‘Mille’ Lindström, was a high society woman whose own background consisted of balls, hunting forays, and travels to various health resorts. Her father was a well-respected hippologist who bred race-horses. He also wrote books on the subject of horse-breeding. Eva Dickson inherited her father’s equine interests and began to ride as a young girl.

Eva Dickson and her brother were home-schooled by a governess in subjects which included arithmetic, writing, Christian studies, and drawing. Summers were spent with the extended family at the summer residence of Blackeberg. In 1916 Eva Dickson’s father became employed as director-in-chief of the Stockholm horse-stud authority and thus he and the family moved to Stockholm. Eva Dickson attended the Brummer school first, followed then by the Anna Sandström school. She was described as a mischievous child. As a teenager she spent her time at restaurants like the Cecil, Operakällaren, Royal, and Hasselbacken. She moved among the cultural elite and posed for the painter Nils Dardel, the sculptor Astri Taube, and the photographer Henry Goodwin.

In 1925 Eva Dickson met the land-owner and rally-driver Olof ‘Olle’ Dickson. They got engaged and married in the same year, and three years later their son Åke ‘Dicke’ Dickson was born. Eva and Olle Dickson travelled throughout Europe together by car and by motorcycle. She had gained her driver’s licence in 1924 and loved driving. Her husband also introduced her to rally-driving and initially they competed together. Having competed in some minor races Eva Dickson entered a major event called ‘Dambiltävlingen’ (ladies’ driving race) in 1927. She competed frequently during the ensuing years and always gained top-ranking positions. Although many car races were male-only Eva Dickson got around this by registering using the pseudonym of Anton Johansson. Eva Dickson was often written about in the press, both in favourable and critical terms. She and her husband created a lot of consternation once when they drove through Stockholm in a sports car just clad in swimming-wear.

In 1930 Eva Dickson and her friend Linde Klinckowström-von Rosen travelled to Paris and Rome by car. This journey led to the breakup and eventual dissolution of Eva Dickson’s marriage in 1932. That same year Eva Dickson became only the third Swedish woman ever to obtain her pilot’s licence. She also drove to Africa with her old schoolfriend, Littan Bennich, the same year. The journey was described in her book En Eva i Sahara, released by Albert Bonniers publishing house in 1933 to good reviews. During that journey Eva Dickson and her friend went on safari and hunted, which involved shooting lions, buffalo and leopards. They were the first women to cross the Sahara by car, and the journey lasted 27 driving days. During that journey Eva Dickson became acquainted with Bror Blixen, with whom she later had a relationship. They got married in 1936. Eva Dickson spent 1933 travelling around giving lectures on her journey called ‘Med bössa och bil genom Afrika’ (crossing Africa with a gun and a car). The following year she returned to Africa in order to be part of a scientific expedition which included the Congo and Uganda. In 1935 she worked as a war correspondent for Vecko-Journalen based in Abyssina (modern-day Ethiopia).

In 1937 Eva Dickson set off in an open-topped Ford intending to cross Europe and eventually follow the Silk Road to China. The journey became as succession of car-trouble and misfortune. Further, she fell ill in India and had to be hospitalised. The political situation in China was such that she could not complete the journey. Instead she made a bet with an Englishman that she could complete the return journey to England faster by car than he could by boat. En route to England Eva Dickson misjudged a sharp bend and her car overturned, tumbling down towards the Euphrates river near Baghdad. She ended up pinned under her car and died instantly. This was nine months into the race back to England. On 24 March 1938 a memorial ceremony was held for her in Baghdad. Her formal funeral was held on 22 April 1938 in Stockholm. She is buried at the Norra cemetery in Solna. 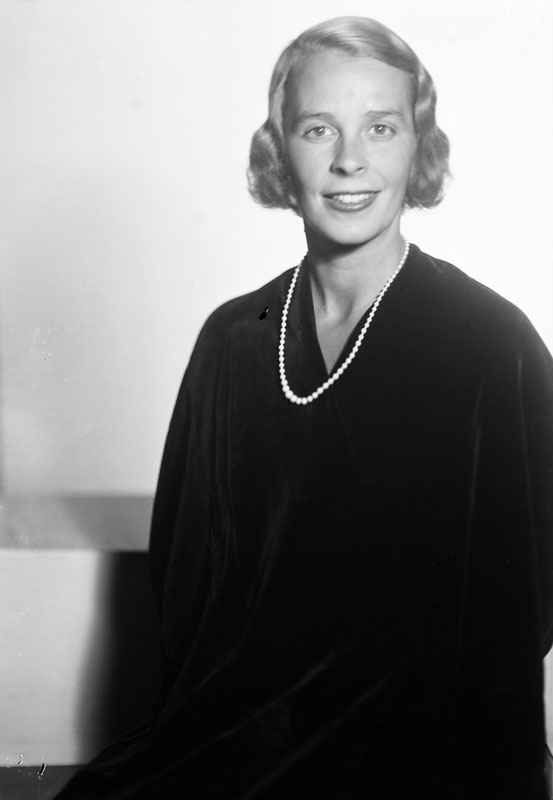