Eva Fröberg was an estate owner, a right-wing politician, an author, and the leader of an organisation.

Eva Fröberg was born in 1871. She grew up at Sjösa farm, five kilometres north of Nyköping in Södermanland. Her parents, Carl Ferdinand Fröberg and his wife Maria – née Lindgren – were lease-holders at Sjösa. Eva Fröberg’s childhood reflected the then contemporary norms for girls who were brought up at manor farms. She had four siblings and both of her brothers attended the school in Nyköping whilst she and her sister, Signe, had to make do with governesses and the odd language course at other schools in Nyköping.

Eva Fröberg regretted not having been able to attend the town school but, as she later wrote in her autobiography, both of her parents suffered from ill health and did not want to deprive the home of their vitality. However, her youngest sister, Gerda, who was ten years her junior, did attend Nyköpings elementarläroverk för flickor and completed her schooling.

Once Eva Fröberg’s parents had regained their health they began to receive visitors and host cultural evenings at Sjösa, with singing and dancing. Her middle sister, Gerda, had a particularly pleasant singing voice and tended to lead the family concerts. Another favourite family past-time was croquet, a game they would play for hours in the summertime until the sun set. Eva Fröberg was an avid reader in her youth. Her favourite authors included Louisa May Alcott, Walter Scott, and Charlotte Brontë’s Jane Eyre.

The less pleasant side of her childhood experiences involved recurring parish catechetical meetings, held every autumn. Eva Fröberg’s autobiography describes the monotonous and jarring sound of catechetical recitation as it reverberated across the buildings at the manor farm. Although she presumably felt these exams served a purpose Eva Fröberg believed that the catechism and the biblical commandments should be burned into “one’s conscience and heart” rather than just be rehearsed once a year, only to be immediately forgotten again.

Eva Fröberg also gained insights into agricultural practices and helped her father in various tasks around the manor farm. In 1893 she even travelled to Stockholm in order to spend three months attending a course at an outpatients’ clinic during which time she also learned how to ride. She attend the course in order to be able to provide a basic level of health care at Sjösa. The horses which her father purchased to be used in this work, often being retired military horses, were not easy to ride. Eva Fröberg nevertheless was patient with them and was able to ride them around the local area, visiting patients armed with gauze bandages and a box of medicines. These home visits provided her with many experiences which served her well in her later years.

From her early days and throughout her life Eva Fröberg travelled frequently, primarily to Great Britain, France, and to Italy. Her autobiography is richly endowed with travelogues, describing the languages and customs that she learned.

Upon the death of her father, following an operation in 1904, Eva Fröberg undertook to run the farm for two years, until the family’s lease expired. Her mother had already passed away from an illness five years earlier. When the two years were up Eva Fröberg and her sisters went to live at the family’s own farm Husby Säteri which she ran until 1917. It was located quite close to Sjösa and was somewhat smaller in size, making it more manageable for the sisters, with Eva Fröberg at the helm. She revealed herself to be so adept at agriculture that in 1912 she became the first female member to be elected into Södermanlands läns hushållningssällskap. As the years passed an increasing number of women joined, forming a united group in order to get their voices heard.

In 1909 Signe got married and moved to the neighbouring farm while Gerda, who had been working in another household, returned to the family farm to help out with the Husby Säteri enterprise. During the First World War, however, Eva Fröberg ceased her agricultural activities and in 1917 she moved to Stockholm. There she led a busy life, joining various organisations and she began to write. She was elected as a member of the board of Fredrika-Bremer-Förbundet in 1918, retaining her seat for 23 years. She also continued travelling across Europe. In the company of Ester Gustafsson, who was the head of the Red Cross hospice in Stockholm, she travelled to Italy. There, through her various association connections, she got the opportunity to meet Benito Mussolini. She describes this meeting in detail in her autobiography. Mussolini was apparently shabbily dressed and had a tendency to lecture rather than engage in conversation. Eva Fröberg was one of the few people who actually brought an end to a meeting with Mussolini, an act which confounded the fascist leader. Apparently Eva Fröberg had a train to catch.

In 1920 she was elected as deputy secretary of Sverige-Amerika Stiftelsen (Sweden-America Foundation), which sought to strengthen the ties between Sweden and America following the end of the First World War. One way to do this was by awarding stipends in Sweden for study visits to America. Two years later Eva Fröberg was elected full secretary for the foundation and she remained in post until 1937, at which point she was succeeded by Adele Heilborn. In 1927 Eva Fröberg travelled to America on behalf of the foundation in order to visit its many sister organisations. She went out on the steamship MS Gripsholm on 30 April and returned to Sweden at the end of June. After this trip she frequently gave talks about the impressions she had gained from her travels, for example, to Stockholms Allmänna kvinnoklubb in November that same year. Eva Fröberg was also an accomplished speaker in other areas, such as on agriculture as a female profession.

Eva Fröberg’s political activism increased when she was elected chair of Sveriges moderata kvinnoförbund (moderate-party women’s association of Sweden) in 1925. This was the first independent women’s political association in Sweden and Eva Fröberg remained in post as chair until 1937. At that point the association folded and was absorbed into ‘högern’ (the right-wing party of Sweden). During her time in that association Eva Fröberg was one of the most prominent champions of the conservative view of society and she held favourable views of the Swedish military. During the 1930s she attended several international women’s conferences at which she warned against individual disarmament, instead promoting a more realistic approach to defence.

Eva Fröberg also served as deputy chair of Landsföreningen för folknykterhet utan förbund (non-affiliated national public temperance association), she was a member of Riksförbundet för Sveriges försvar (national association of Swedish defence), and she was active in many other organisations. In 1938 she set up Kvinnoföreningarnas beredskapskommitté (women’s associations’ contingency committee). This group organised the participation of women in military contingency work during the Second World War. Eva Fröberg was the chair of the committee’s agricultural branch and organised courses and harvesting assistance during the ensuing years of hardship.

She published many articles on contemporary political and social matters within her various organisational spheres. She also produced other written work. In 1922, for example, she published a collection of poems entitled Herrgårdsfolk, inspired by her time on the Södermanland farms, and a few years earlier she had written a play which was performed at Nyköpingshus. In 1945 she published a book of memoires entitled Hemma i Sörmland, ute i världen which was reviewed in the Dagens Nyheter newspaper. She was commended for her use of language and for how “the simplest things were expressed in the most artistically ornate language”. The reviewer describes Eva Fröberg as a woman from the political right, of the “old kind” who was a “fiery defender of the 1914 type”.

Eva Fröberg died in Stockholm in 1957, aged 86. Although she had spent a large part of her life living in the capital city she never forgot her roots, as is apparent in the introductory chapter to her autobiography from 1945: “I will always nevertheless view life in the countryside as the best and richest life for those who have the ability to live there and – above all – have enough skills for that most excellent of professions, that of the agriculturalist”. 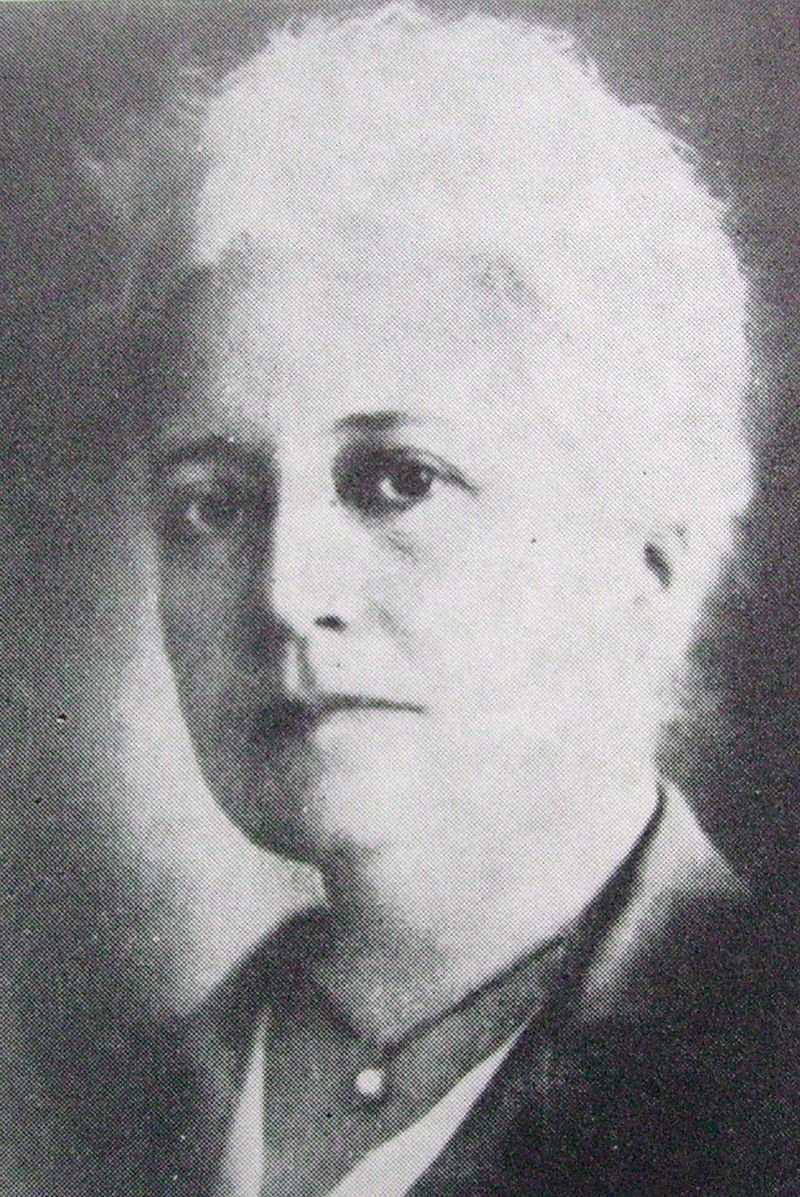