Eva Hökerberg was the editor-in-chief for Idun, a weekly magazine for the aware modern woman. She also created a nursery for a number of young women journalists like Barbro Alving, Ruth Hamrin-Thorell and Marianne Höök.

Eva Hökerberg was born on Christmas Eve 1899 as the only child in a culturally interested family. Her mother Hilda was interested in clothes and skilful at rug-making. Her father Lars, who was an editor, bought the Viktoria cinema in 1910. It was re-christened Brunkebergsteatern and developed into a kind of cultural centre in Stockholm. It was for example here that the film Den förste vid Sydpolen, the story of Amundsen’s expedition to the South Pole, was shown in 1912. The opportunity of meeting film and theatre at an early age may explain Eva Hökerberg’s broad cultural interests, later mirrored in her membership of the board of the Royal Dramatic Theatre (Kungliga Dramatiska Teatern – Dramaten) and a hallmark of her editorship for Idun.

As a nineteen-year-old, she matriculated at the private girls’ grammar school Lyceum and threw herself straight into journalism as a fashion reporter on the daily newspaper Nya Dagligt Allehanda. For a time, she was their correspondent in England. When she returned to Stockholm, she was given “responsibility for foreign news”, which meant interviewing visitors from abroad and translating articles from foreign newspapers. It was an assignment often given to women journalists, since they generally had better language skills than their male colleagues.

Nya Dagligt Allehanda carried out so-called active journalism with aid work and collections. Eva Hökerberg also participated in all this. Her distinct voice is evident in reports from journalist trips to Russia during a famine and women’s suffrage conferences in Rome, where she wrote under the signatures AVE and Ebe. She showed what she felt and where she stood. Her style was crisp, to the point and humorous.

As with other newspapers, Nya Dagligt Allehanda set aside one page for their women readers, called “Women and the home” (“Kvinnan och hemmet”). It was Eva Hökerberg’s responsibility. The section grew to be three to four pages and was very popular. Its success was probably one of the reasons that she was offered the post of editorial secretary for Idun in 1924, where she succeeded Ebba Theorin-Kolare, who continued on to the housewives’ weekly Husmodern.

In Idun number 43 in 1924 Eva Hökerberg was welcomed by editor-in-chief Beyron Carlsson. He highlighted her time at Nya Dagligt Allehanda, as one of the foremost publicists in Stockholm. Her first article had the heading “Parisiskan. Hur hon ser ut och hennes kläder” (The Parisian woman. What does she look like and what is she wearing?) in which Eva Hökerberg humorously showed how fashion and the right to vote could be combined. For the next four years, readers could enjoy her sharp pen writing about most areas of life.

Eva Hökerberg married the journalist Teddy Nyblom in 1924, the same year as he left the daily newspaper Svenska Dagbladet to publish the weekly magazine Våra Nöjen. He served later on a number of newspapers as a critic and cultural editor. They were divorced in 1940 after a childless marriage. The year after, she married the publisher Folke Hökerberg, whose company had taken over the ownership of Idun in 1932.

In 1944, when Eva Hökerberg was 45 years of age, her daughter Annika was born. Folke Hökerberg was then 58 years old. According to their daughter, he was the one who played cards and travelled around with her. “Mummy was never at home”, was her comment. The marriage was however very happy. Annika describes her parents as youthful, but unusual, since her schoolmates had mothers who were housewives. “My mother was stately”, was her opinion.

Barbro Alving (Bang) took over the post of editorial secretary at Idun after Eva Hökerberg in 1928. She witnessed to the fact that the work was both demanding and exciting. Eva Hökerberg had then been appointed editor-in-chief after Beyron Carlsson. It was during her three years at Idun with Eva Hökerberg’s inspiring and strong leadership that Barbro Alving developed her style and her language. Idun had only two permanent staff and the paper’s 50 pages had to attract readers every week. Barbro Alving’s contributions were appreciated and she was given the opportunity of travelling abroad.

Eva Hökerberg and Barbro Alving became a close, hard-working duo who battled on with every number. Their letters reveal a strong relationship, both professionally and privately. Both prioritised hard work above private life. Eva Hökerberg wrote: “Child /…/ and so I’m longing like hell for little Barbro. And at the same time I feel blessed spiritually.”

The year 1931 was to bring with it a kind of breach between Eva Hökerberg and Barbro Alving, even if they continued to be friends. When Bang chose to go to Vecko-Journalen after Dagens Nyheter, in 1958, Eva Hökerberg wrote: “I only know that this means the death of Idun /…/ why, why can you not come, do this for my sake? Your desperate Eva”. Later, Bang emphasised that the time spent at Idun was a catapult for her career.

Economically, the problem was solved for Idun. In 1932, Idun acquired a new owner through Hökerberg’s publishing company’s purchase of the paper. Bang disappeared to DN and was replaced by Ruth Hamrin-Thorell. The paper was able to retain its high quality, even though Eva Hökerberg continually explained to the readers that they did not have the finances to pay people generous fees. She was often tough in her letters negotiating fees. Every number seems to have been carefully planned by her to create the so-called “Idun-spirit” and to be a mouthpiece for the aware middle-class woman. Articles about women’s status in the home, working life and society can be found in every number.

Eva Hökerberg often asked contributors to study Idun before writing their own articles. She discussed with them how the articles were to be structured and illustrated. Idun achieved wider circulation during Eva Hökerberg’s 34 years as editor-in-chief and was seen by many to be the leading quality magazine in Sweden. In the many letters she received from men, they often led off with the fact that they read the paper, but that it was their wives who were subscribers. At the beginning of the 1960s, the number of subscribers diminished. Finally, Idun was amalgamated with Vecko-Journalen in 1963. She herself left the paper the year before.

That Eva Hökerberg was continually busy is evident from her letters and also from the minutes of the women’s professional club Yrkeskvinnors Klubb (YK), the Stockholm municipal council and Dramaten. Sessions and meetings took place nonstop during days and evenings. Even certain summers were described by her as featuring empty apartments when she was working and the rest of the family was on holiday on Ljusterö in the Stockholm archipelago.

The club Yrkeskvinnors Klubb was started in Stockholm in 1931, following an American trend. Eva Hökerberg was active at an early stage and was later board member and chairwoman after Alva Myrdal. She was also elected into the cross-political group for increased women’s representation that Fredrika-Bremer Förbundet had formed for campaigns for more women in politics. Later she replaced Karin Kock as chairwoman of the national Yrkeskvinnors riksförbund (YRK) when Karin Kock was made a minister. During the 1930s, many strategic issues concerning women’s rights, in which Eva Hökerberg was engaged, were on the agenda – for example, contraceptives and gainful employment after marriage.

After a study trip to the USA in 1940, she returned to the board of the Stockholm club in the mid- 1940s, among other posts as chairwoman. Political and cultural meetings with a couple of hundred participants were held at Grand Hotel. A comprehensive series of study circles and reading groups was also on YK’s programme in the capital. Eva Hökerberg was particularly interested in organising places to live for single women. She and women from other political parties handed in a motion about this to the municipal council. In 1938, she was one of the initiative-takers to a communal house for Yrkeskvinnors Klubb at Furusundsgatan in Stockholm. The building was completed in 1939. Alva Myrdal and Bang were two of those who moved in there.

Eva Hökerberg’s broad social and cultural interests and knowledge were also enlisted by the association Sällskapet Nya Idun, to which she had already been elected in 1929. She was awarded her Golden Apple in 1979 after 50 years of membership. She left public life after her retirement in 1962.

Eva Hökerberg continued to live an active social and cultural life until her death. She died in 1990 at 90 years of age and is buried at the Northern Cemetery in Solna. 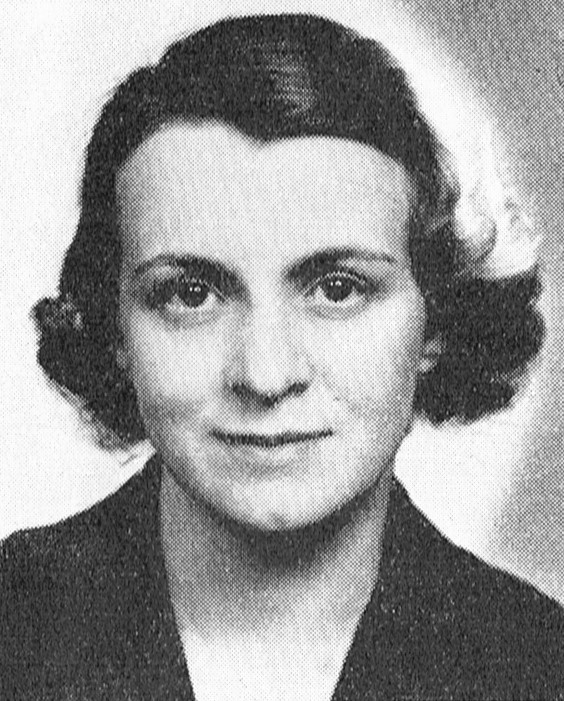