Eva Blomberg was a book-seller in Lindesberg who was also a well-known Swedish cultural celebrity of the early twentieth-century. Further, she was an excellent pianist and concert organiser who for many years served as a focal point for Swedish chamber music.

Eva Blomberg was born in 1864. She was the fifth child of August Theofil Blomberg and his wife Augusta Wassrin. Her father appears to have been an active and well-respected member of Lindesberg society towards the end of the nineteenth century. He took on the town pharmacy in 1849, at the age of 30, and subsequently became increasingly involved in official roles in Lindesberg. He was appointed town auditor in 1863, and then chair of the town chambers, a member of the county council, and finally served as a parliamentarian for the period of 1865–1866.

Eva Blomberg and her siblings were brought up in a loving and culturally engaged family. The children often entertained themselves by playing music and performing their own plays. Eva Blomberg and her sister Clara’s education was gained at Lindesbergs flickskola (girls’ school) whilst their other sister, Signe, received private lessons from their maternal aunt, Hilda Leczinsky. As the eldest child Eva Blomberg was given various responsible roles from an early age to help her parents. For example, when several of her siblings fell ill with typhoid Eva Blomberg was left to run the household whilst her mother nursed the ill.

It was never considered that the Blomberg girls should undertake any form of training that had to be paid for. Nevertheless they managed to do fairly well for themselves. Through the intervention of an acquaintance Eva Blomberg gained the opportunity to study music for a year in Stockholm and subsequently she became an excellent pianist. Similarly her siblings were also good musicians and were accomplished singers.

Their father, August Theofil Blomberg, also ran a bookshop alongside his work at the pharmacy. On one of his visits to Stockholm he had met Lars Johan Hierta, the founder and editor of the Aftonbladet newspaper, and the latter had encouraged him to “introduce a cultural seam into the banal and rough area that was Bergslagen”. Blomberg heeded Hierta’s suggestion and in 1856 he started selling books from the pharmacy. His eldest son, Oriel Blomberg, took over the running of the bookshop in 1888 and then introduced a printing house into the family enterprise. The printers became such a success that six years later he transferred the bookshop into the care of his sister, Eva Blomberg. Up to that point she had worked as a governess in Ludvika, given piano lessons in Lindesberg, helped run the family household, and – during spare moments – had lent a hand at the bookshop. Eva Blomberg was only 20 years old when she became solely responsible for the bookshop. It was not long before she found larger premises for it in Lindesberg and even set up sister branches in Grängesberg and Kopparberg.

Under Eva Blomberg’s management the Blomberg bookshop became one of the best-known bookshops in Sweden, outside the main cities. She ran the business very successfully for 34 years before her long-term assistant, Martin Törner, took it over in 1929. At that time the sister branches in Kopparberg and Grängesberg had already been sold. It is worthy of note that the Blomberg bookshop is still a going concern in Lindesberg, more than 160 years after it opened.

Eva Blomberg helped to set up lecture associations not just in Lindesberg but also in various other places in mid-Sweden. She happily arranged suitable evening programmes for these associations, which generally involved chamber music concerts performed by musicians she had come to know. Some of these musicians included the famous violinists Julius Ruthström and Sven Kjellström, and with Eva Blomberg’s support they performed regularly on concert tours throughout Bergslagen. Sven Kjellström had intended to move to Paris but Eva Blomberg convinced him to join Folkbildningsförbundet’s (people’s education association) enterprise (now known as Studieförbunden) and to perform on its music programme. This programme also informed the public about different musical styles and composers.

Eva Blomberg was a unique figure in Lindesberg and in the music life of the region in general. Her two sisters, Clara and Signe, were also enterprising women. Clara assisted her with the concert arrangements and was herself an accomplished soprano who sang in the church choir and a member of Lindesberg Musiksällskap (music society). Signe was a very talented textile artist who was a member of Handarbetets Vänner who for five years was officially appointed as a weaving instructor in Argentina.

Many famous individuals visited Lindesberg and described the happy and charming hosts they encountered at the Blomberg farm. Nils Petrus Ödman, an educator and travelogue-writer, recounts a 1905 visit to Lindesberg in his book Nya svenska resebilder published in 1907. After meeting the pastor, Carl Victor Modin, and other people, he was then invited to the home of Eva Blomberg and her two sisters, Clara and Signe. During the meal somebody suggested that they should sing a “table song”. Ödman feared that he would be subjected to a bawdy drinking song but was delighted and surprised to hear the sisters perform several beautiful songs, including Gunnar Wennerberg’s “Fordom i nattliga stunder”.

Eva Blomberg was awarded the large gold medal by Mazerska Kvartettsällskapet (Mazer quartet society), a chamber music association in Stockholm, in recognition of her work on behalf of chamber music in Sweden. This was the first time the medal had been awarded to a female recipient. Eva Blomberg also devoted her time and energy elsewhere. For example, she was an active member of Svenska Turistföreningen (Swedish tourist association), Röda Korset (Red Cross), and Förstamajblommekommittén (First of May flower committee).

Towards the later 1920s Eva Blomberg had to reduce her activities due to failing health. She died in 1932, barely three months after her sister Signe had died. The third sister, Clara, lived on until 1939.

A couple of months after the death of Eva Blomberg a large memorial concert was held at Stadshotellet in Lindesberg. Julius Ruthström, now a professor at the Royal Swedish Academy of Music performed the late Eva Blomberg’s favourite works on the violin, accompanied on the piano by fellow professor Anita von Hillern-Dunbar. Eva Blomberg’s death was noted in many newspapers across Sweden, honouring her efforts on behalf of chamber music. The best summary of her lifetime achievements was provided by her friend, the lawyer Johan Henrik Beskow. In the obituary he wrote for her he noted the following: “Eva Blomberg’s contribution to the cultural life of Bergslagen has been so extensive that it cannot be overlooked”.

Eva Blomberg is buried at Bergskyrkogården in Lindesberg. 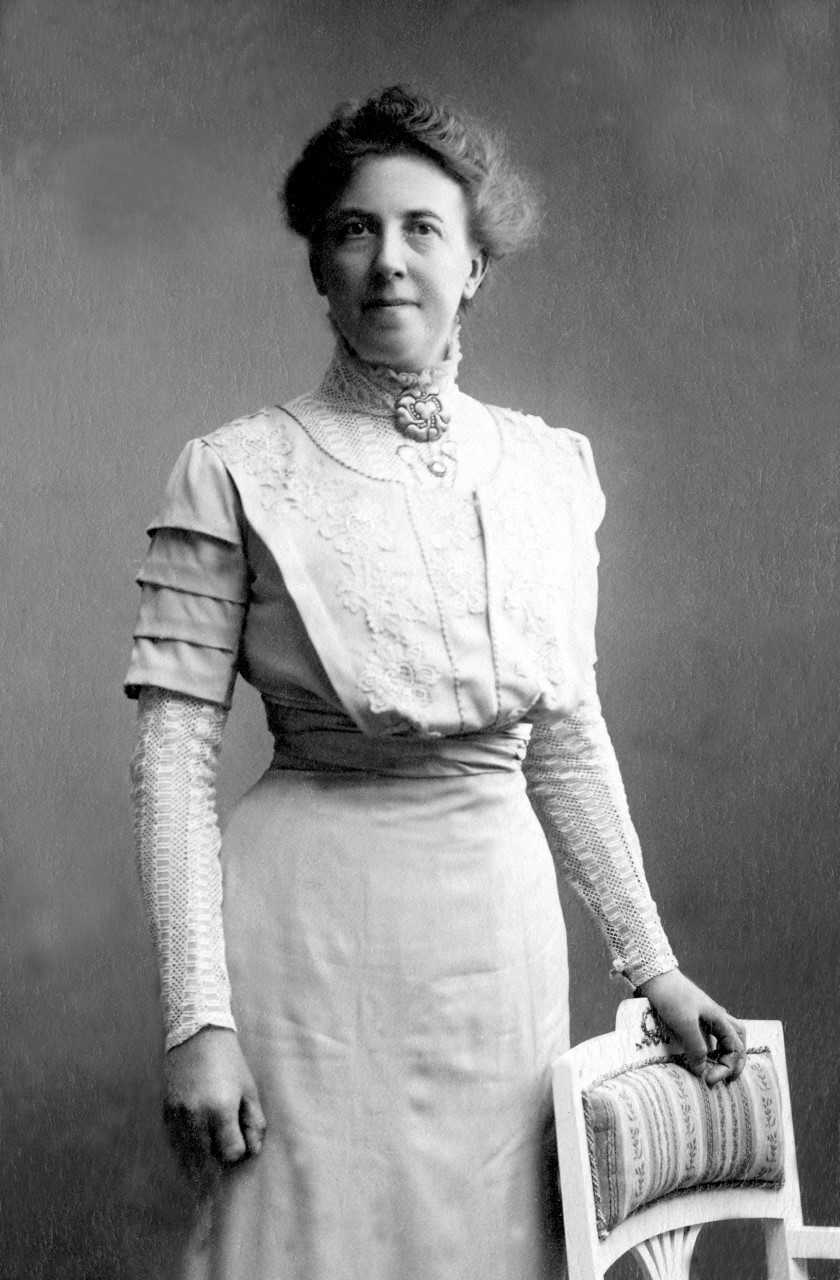