Eva Pineus was born in Djursholm. She was the daughter of Lennart Palme, a civic engineer, and his wife Cecilia (née Günther). After gaining her school-leaving certificate in 1924 at the Djursholm coeducational school, Eva Pineus undertook various language studies, including in France and the USA. For a time she worked at Kungliga biblioteket (the royal library). In 1930 she married Kaj Pineus, who later served as an average adjuster and municipal politician in Gothenburg. The couple had three children.

Eva Pineus was active in Folkpartiet liberalernas kvinnoförbund (the Liberal People's party women’s association) in Gothenburg, serving as chair during its early years. She then served chair of the Gothenburg section of Fredrika-Bremer-Förbundet (association) from 1947–1952. During this time she was behind the setting up and developing of important and lasting collaborative ties with women’s organisations across the rest of Scandinavia.

Eva Pineus was very interested in art. From 1947–1967 she was a member of the board of the Gothenburg Konstindustriskola (school of arts, crafts and design); from 1955–1967 she was on the board of the Spiran art society; and from 1961–1972 she chaired the friends of the Röhsska museum association.

When Asta Ekenvall and Rosa Malmström began to work towards the creation of a women’s history archive, by collecting material on and generated by women which they wanted to make publicly accessible, with the intention of promoting research into women’s history, they contacted Eva Pineus in her role as chair of Fredrika-Bremer-Förbundet. Her support for the project proved vital to the founding of Kvinnohistoriskt arkiv in 1958. The records reveal that the three women met in Rosa Malmström’s home in order to constitute the board of Kvinnohistoriskt arkiv. Asta Ekenvall was appointed chair, Rosa Malmström became the archivist, and Eva Pineus took on the role of secretary. These three founders complemented one another, each one contributing their own special expertise: Asta Ekenvall provided scientific requirements and ideas, Rosa Malmström supplied her bibliographic knowledge, and Eva Pineus had organisational skills and an extensive network of contacts to call on.

Eva Pineus made a meaningful contribution as a lobbyist and in seeking financial support. She wrote numerous funding applications. That so many of them were accepted can be put down to her clever formulation of proposals and her excellent contacts. She skilfully kept the archive financially viable until the post of archive librarian was created for it at Gothenburg university library. She remained active within the enterprise until the collection became part of the university library in 1971.

Eva Pineus died in 1985. She is buried at Kvibergs cemetery. 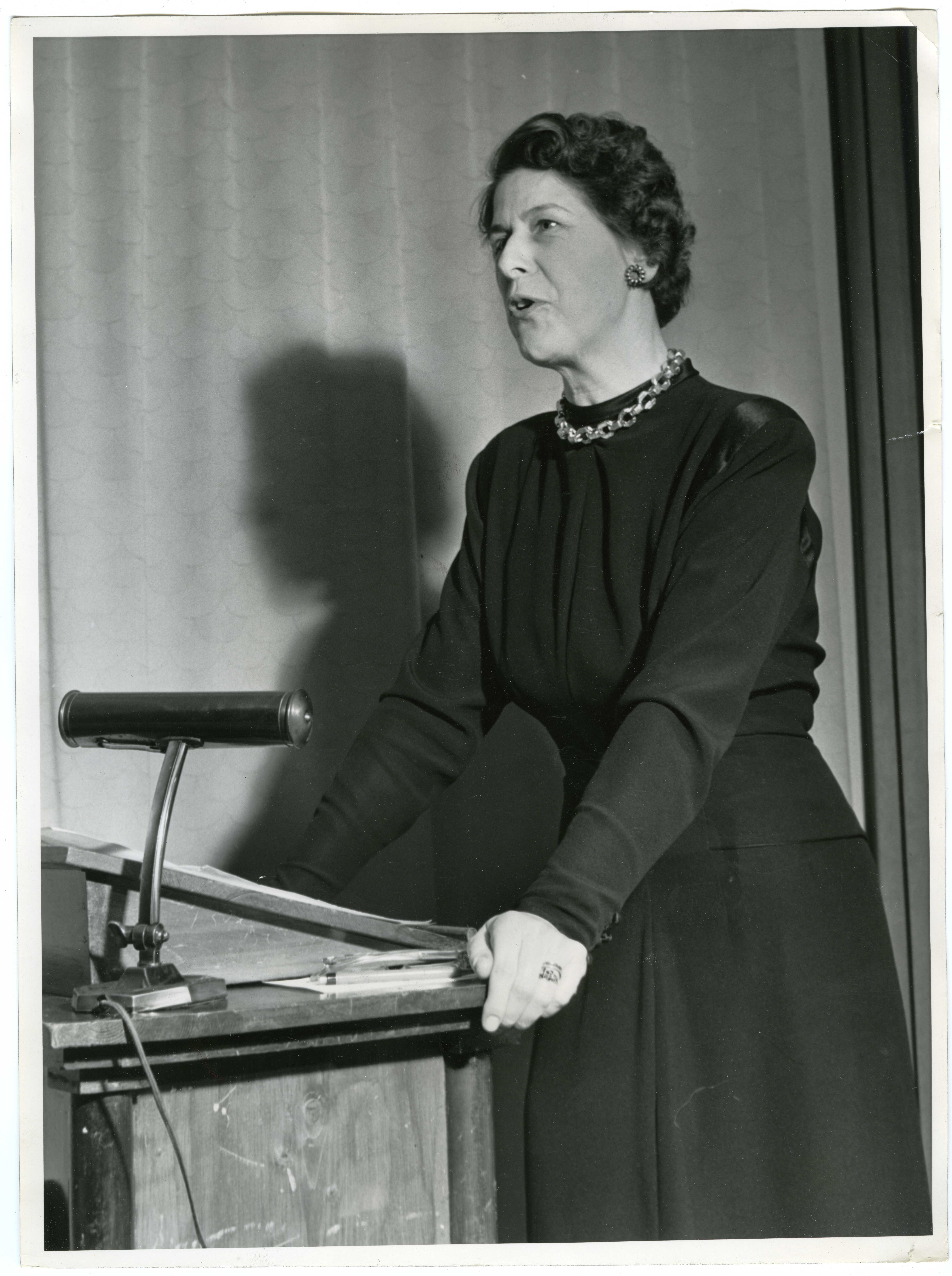