Ewy Palm was an artist, teacher and feminist activist for many decades in the twentieth century. She made a strong impression with both her inspiring pedagogy and her view on creativity and art.

Ewy Palm grew up in Örebro and studied at the art college Konstfack in Stockholm during the second half of the 1940s. She qualified as an art teacher and started her family at the beginning of the 1950s. She also studied theatre.

Ewy Palm did the murals in Brevik Church in Lidingö in 1959 and some years into the 1960s she designed and sculpted a font in white Ekeberg marble in St Birgitta Church at Nockeby in Bromma. She also created a suite of scenes for the Huddinge Hospital in the series Poesi måste göras för alla (Poetry must be written for everyone) based on her visits to and drawings from the Théâtre du Soleil outside Paris at the beginning of the 1980s.

Ewy Palm’s involvement in the women’s movement became ever stronger from the 1970s and onwards. She participated actively in the Women’s Culture Festival that took place for three days in October 1977 in what was then called the Gamla Riksdagshuset in Stockholm (nowadays Kammarrätten in Stockholm). Some years later, she took part in arranging the group exhibition Vi arbetar för livet (We are working for life) that started at Liljevalchs in Stockholm in 1980 and after that travelled around the country. In that exhibition she participated in the creation of the room they christened Skandal i konsthistorien (Scandal in art history).

After that, Ewy Palm took the initiative to important exhibitions at Kulturhuset in Stockholm: Andra hälften av avantgardet 1910—1940, in 1981 and Frida Kahlo och Tina Modotti, in 1982. And not least Guerrilla Girls in 1990, whose posters she had seen in New York. The gorilla-masked artists showed courage, humour and imagination. Ewy Palm thought that their way of acting offered an opportunity for inspiration and renewal in the women’s fight to save what was in the process of being lost in the backlash that was happening then. When the Women’s Tribunal (Kvinnotribunalen) in Stockholm was arranged in March 1993 by a group of women called Stödstrumporna (Support Stockings), Ewy Palm participated — this time together with among others Sappho’s Daughters in a group called Art Catering that created a performance like a mass for all the buried and forgotten women artists in history.

Parallel to her teaching at Konstfack during the 1980s, Ewy Palm continued with her own artistic work. During the 1990s, she exhibited several times at Nationalgalleriet in Gamla Stan, Stockholm. Only a month after the Women’s Tribunal in 1993, Ewy Palm had a separate exhibition entitled Inte Skagen (Not Skagen). In it, she continued her work of making women in art history visible, this time Marie Krøyer, one of the Skagen artists. In the summer of 1994, Nationalgalleriet put on a group exhibition on the Baltic island of Gotland called Intrång i sommarhagen (Intrusion in the summer paddock) and in it, Ewy Palm showed her illustration Den svarta trädgården (The Black Garden). 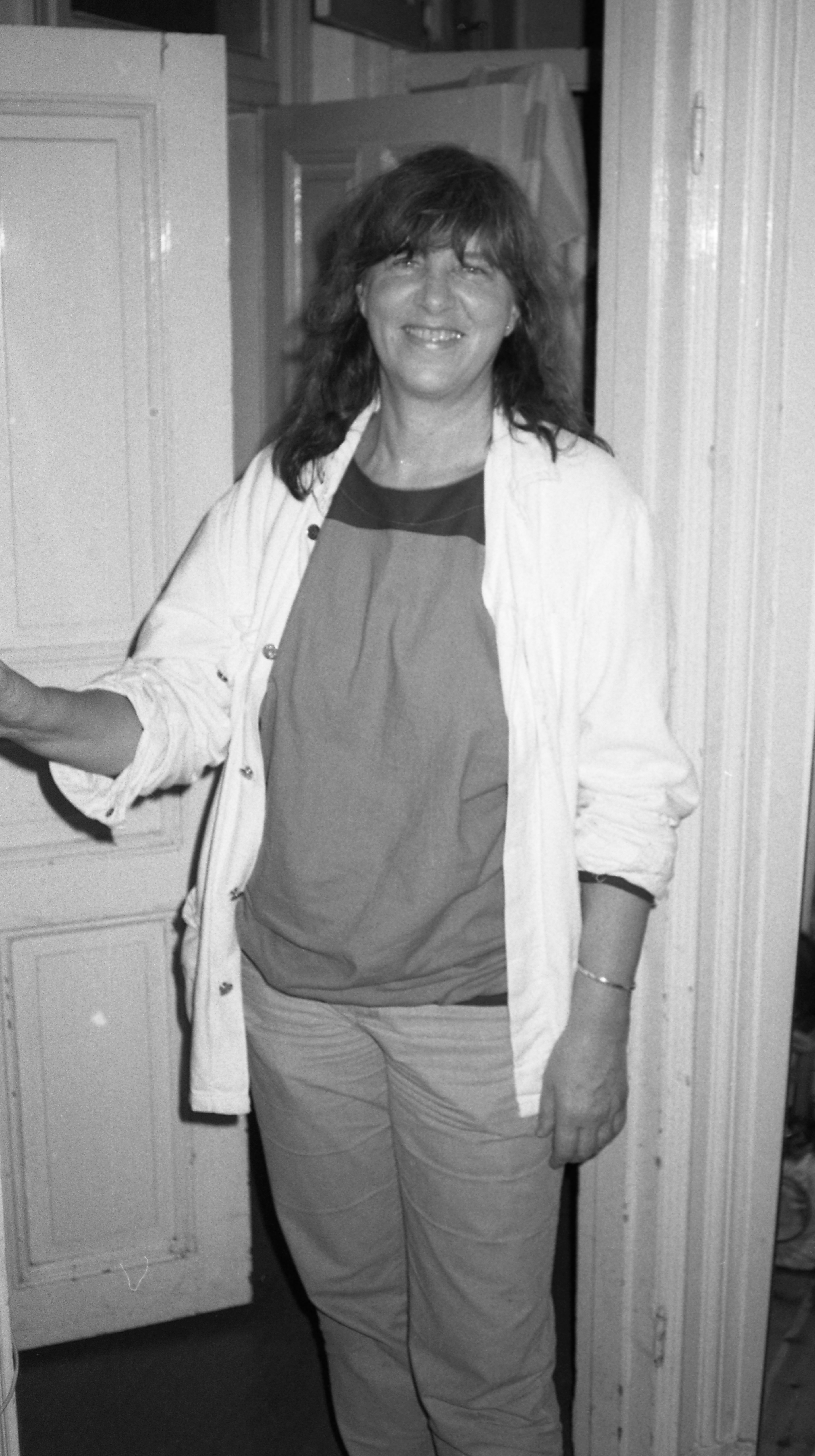