Fanny Falkner was born in Karlshamn in 1890 but she was brought up in Stockholm. She was the fourth child born to a family of seven. Her parents were Frans Nilsson Falkner and his Danish-born wife Meta, née Hansen. The youngest of the seven siblings was the artist, illustrator, and writer Stella Falkner-Söderberg. Fanny Falkner studied at Tekniska skolan (now Konstfack, school of arts, crafts, and design). In 1907 she travelled to Copenhagen in order to study painting and she then returned to Stockholm to complete her training in the applied arts.

It was in Stockholm that Fanny Falkner met the actor Manda Björling who performed as several of Strindberg’s major characters, such as Miss Julie, Alice in The Dance of Death, and Laura in The Father. Manda Björling also arranged for Fanny Falkner to play walk-on and minor roles at Strindberg’s and August Falck’s Intima theatre at Norra Bantorget in Stockholm. This experimental stage, inspired by Max Reinhardt’s Kleines Theater and Kammerspiele in Berlin which had both opened in 1906, put on over 1,000 performances of 24 Strindberg plays – five of which had been written specially for the Intima theatre – during that theatre’s three year lifespan until 1910. The ensemble at the small theatre, which accommodated an audience of 161, comprised Fanny Falkner, Anna Flygare, Manda Björling and her husband August Falck. Fanny Falkner’s performances included playing the lead in Swanwhite, which had actually been written for Harriet Bosse. Margareta Sörenson has noted, in her contribution to the second volume of Ny svensk teaterhistoria, that Strindberg commissioned Fanny Falkner, along with Anny Flygare, to choreograph their own dance scene in the style of Isadora Duncan for a performance of A Dream Play at the Intima theatre.

The third volume of Ny svensk teaterhistoria contains a contribution by Sverker Ek in which he describes the strong, negative opinions generated in response to Strindberg’s roman à clef entitled Black Banners in the spring of 1907. These negative feelings extended towards the whole Intima theatre project and resulted in its untimely demise and closure due to dwindling finances, which only worsened as Strindberg and Falck fell out.

From 1908 until his death in 1912 Strindberg rented out a part of Fanny Falkner’s parents’ apartment at Drottninggatan 85, the Jugend-style building which Strindberg called “the Blue Tower” and which has housed the Strindberg museum since 1973. Fanny Falkner was briefly engaged to Strindberg – she was only 18 years old and is sometimes referenced as ”Strindberg’s last love” – but she broke off the engagement and moved to Copenhagen in order to develop her painting skills.

As an illustrator she created the cover for Strindberg’s fairytale play Abu Casem’s Slippers published in 1908. In 1979 Olof Lagercrantz interpreted this play as a “hidden proposal” to Fanny Falkner and as the concluding episode of The Great Highway, published in 1909. Fanny Falkner produced a large number of miniature portraits painted onto ivory, including some of Danish royalty – King Christian X and Queen Alexandrine of Denmark. In 1929 Fanny Falkner submitted some of her work to an exhibition at Galleri Gummeson, which had been set up by the bookshop owner Carl Gummeson. The gallery was one of the early exhibitors of modern art accessible to Swedish art lovers, displaying works by the likes of Paul Klee, Max Ernst, and Edvard Munch throughout the 1920s. Nowadays Fanny Falkner’s work can be seen at the National museum in Stockholm and elsewhere.

Fanny Falkner died in 1963 and is buried in the family grave at The Woodland Cemetery in Stockholm. 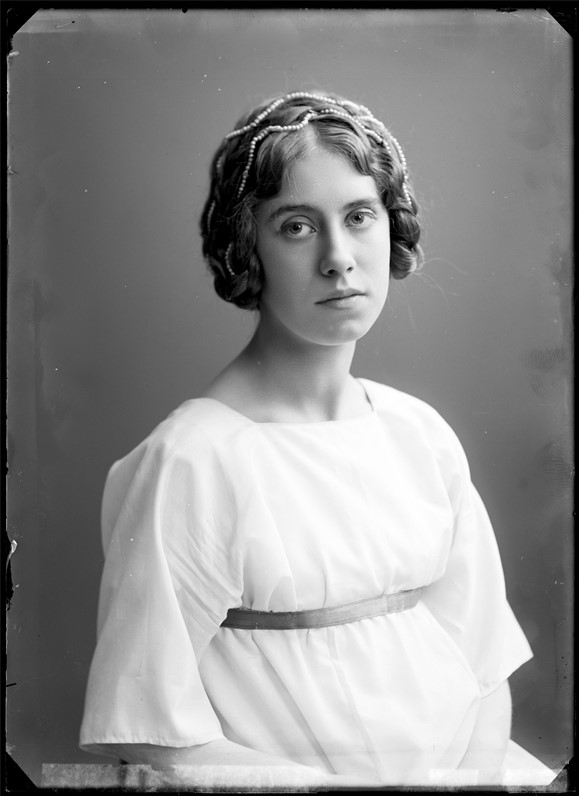