Fredrika (Fredda) Hammar was a pioneer of the Swedish missionary movement who also actively worked to improve educational opportunities for girls.

Fredda Hammar was born on 28 April 1847 at Averstad farm in Ölserud parish on Värmlandsnäs. Her father was a landowner and Fredda Hammar was the eldest of nine siblings. Her mother, Anna Pettersson, encouraged her daughters to be independent and was determined that they should have the chance of a good education. Fredda Hammar’s sister Anna was thus sent to Vänersborg in order to continue her education there and in 1874 she was only the second female student to graduate there. Fredda Hammar herself was given opportunities to further her linguistic abilities, initially in France and later in Great Britain.

When Fredda Hammar returned to Sweden she was a well-qualified language instructor, mainly of French. She worked as both a governess and language teacher in several high-society homes in the years between 1875 and 1880, as speaking French was a skill that was in high demand amongst this social class. One of her positions was so well-salaried that she began to consider establishing her own teaching enterprise. In 1882 she opened her own school for girls at Humlegårdsgatan 5 in Stockholm, which she ran until 1897.

Fredda Hammar had already been exposed to religious influences during her language studies in France. While she was in Stockholm during the 1880s she encountered the revivalist movement, and this led to her developing a personal Christian faith. Fredda Hammar became an active missionary and, at the suggestion of her friend Anna Roos, she took on the responsibility for the journal Hemåt which was distributed by the Kristliga förening av unga kvinnor (KFUK) (young women’s Christian association). During the spring of 1894 she and Anna Roos set up the Kvinnliga Missions Arbetare (KMA) (female missionary workers) association. The aim of the association was partly to send women out as missionaries and partly to activate women at home to support the work of the missionary society. When the organisation became a constituted enterprise Fredda Hammar became its chair. Several support associations were established for both adults and children in response to the growing membership.

KMA undertook missionary work within twelve areas. Overseas the association was active in India, China, and northern Africa, amongst other places. At home missionary work was mainly carried out amongst the Sápmi. With regard to the latter Fredda Hammar was an energetic participant during the period of 1895-1910. She would distribute religious literature at the midsummer festivities in Kolåsen in Jämtland. Under Fredda Hammar’s leadership KMA set up Fjällgård, a home for elderly Sápmi in Jämtland.

As chair of KMA Fredda Hammar was full of initiatives and very active. Her work led to the setting up of sister organisations in Denmark, Norway, Finland, and Germany. She maintained personal correspondence with the organisation’s missionaries and had a recognised talent for enthusing others about her issues and those of KMA.

Fredda Hammar died in Stockholm in 1927. Her grave lies at the Norra cemetery in Solna. 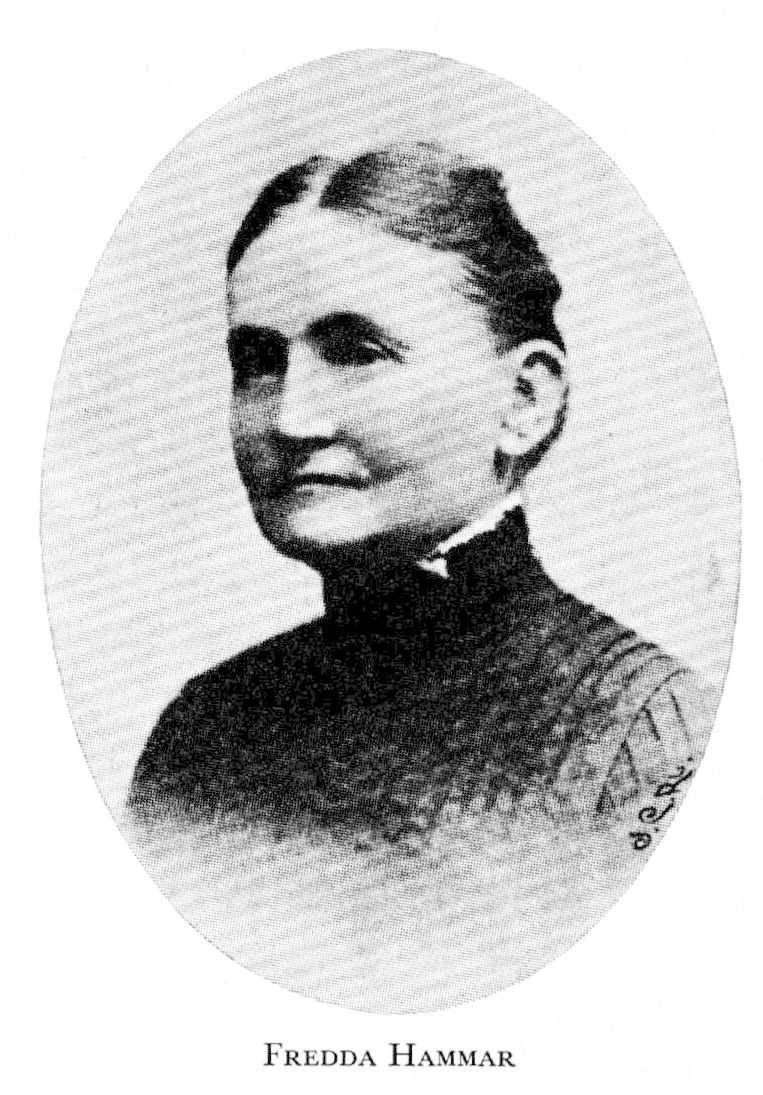