Fredrika Dorothea Wilhelmina of Baden was the Queen of Sweden in 1797—1809. She and her husband, Gustaf IV, were later dethroned. She is the only Swedish Queen ever to have divorced her husband.

Fredrika was born in Karlsruhe in 1781, the daughter of Princess Amalie of Hessen-Darmstadt and hereditary Prince Karl Ludwig of Baden. She was brought up with her siblings at the court in Karlsruhe. In the family, she was nicknamed Frick (Frique).

In August 1797, Fredrika and her parents met Gustav IV Adolf in Erfurt. He was then 19 years of age, had relatively recently been made King of Sweden, and he was hunting for a suitable consort. A marriage with a princess of Baden would bring him a step nearer the German princely houses. It would also mean that he became the brother-in-law of Prince Alexander, later Emperor Alexander I of Russia, who was married to Fredrika’s older sister Elisabeth. Their engagement was announced almost immediately and on 6 October, they were wed in Stralsund, par procuration, which meant that the king was not present in person. On 31 October, the couple were married in Slottskyrkan in Stockholm, and Fredrika became Queen of Sweden. The coronation took place in Norrköping on 3 April 1800.

Fredrika was only 16 years of age at her wedding and was described as still being only a child. She was scarcely prepared for her life as queen and all the official duties that meant. Hedvig Elisabet Charlotta, duchess of Holstein-Gottorp became her support in her new situation, and also in the complications of her private life. During the first two years of marriage, the relationship between the young couple was tense, and sometimes even tough. When Gustav IV Adolf dismissed Fredrika’s Maid of the Bedchamber, Anna Charlotta von Friesendorff, who he considered was much too intimate with the queen, it created a great stir at the court.

Between 1799 and 1808, Queen Fredrika bore five children as well as suffering at least three miscarriages. The family was living at Haga Castle where she and the king were both happier than at Stockholm Castle. Gustav IV Adolf struggled for a long time with the idea of abdicating so that the family would be able to live a peaceful life abroad, an idea that Fredrika was decidedly against. Her argument was that they would be forced to be separated from their eldest son, crown prince Gustav, who would then become king. Gustav’s hereditary right to the throne was an important issue for her, for which she argued even after Gustav IV Adolf had been dethroned.

Ever since her childhood and right up to her death, Fredrika suffered from rheumatism and she found the Swedish winters hard. Balls and great festivities tired her out. On the other hand, she loved travelling and willingly accompanied Gustav IV Adolf on his many journeys around the country. She longed for the Baden of her childhood. In the summer of 1803, the royal couple travelled there and stayed for a year in Karlsruhe with their entourage. The more peaceful life they were able to lead there has been described as beneficial for their marital happiness. The journey back to Sweden was started in the summer of 1804, but there were many stops on the way and a number of hardships, which led to their not arriving back in Stockholm until February 1805.

The royal couple’s long absence from the capital contributed to a growing dissatisfaction. Sweden’s participation in the Napoleonic wars and the king’s stay in Swedish Pomerania — or together with Fredrika and the children in Malmö — combined with the war itself fuelled the dissatisfaction even more. On Fredrika’s birthday, Sunday 12 March 1809, the family was assembled at Haga Castle. At that point, a message reached the king about an uprising against him. Instead of celebrating the queen’s twenty-eighth birthday, he travelled to Stockholm Castle, where he was dethroned the day after. He was taken directly to Gripsholm Castle, where he was held prisoner. Fredrika and the children were under guard at Haga. She demanded that the family should be reunited with their husband and father, and after three months, when Karl XIII had been declared King of Sweden on 6 June, her demand was granted. After another six months, on 6 December, the family left Gripsholm and arrived in Baden in February 1810.

In Baden, the family was offered the opportunity of making their home in Meersburg Castle on Lake Boden. Gustav Adolf desired nothing better than to live the simpler life of an ordinary citizen, either in Switzerland or among the Moravian churchmen in Christiansfeld in Schleswig. When the couple were unable to agree about where to live, Gustav Adolf left the family abruptly and travelled to Basel in Switzerland. After two years of negotiation, partly mediated by Fredrika’s mother, the couple was divorced. Gustav Adolf abstained from any claims on the children or his own property in Sweden, as well as the inheritance from his parents. Fredrika and the children settled down partly in Karlsruhe, and partly in several other castles in Baden and in Switzerland. The following years, Fredrika travelled a great deal. She visited various places in German territory and in Switzerland, and she undertook a longer journey to Italy. On her travels, she called herself the “Countess of Itterburg”.

Fredrika continued her contact with her intimate friend Hedvig Elisabeth Charlotta, who succeeded her as queen in 1809. Fredrika also had a correspondence with her former mother-in-law, dowager queen Sofia Magdalena of Denmark, with whom she had had a good relationship. When the dowager queen died in 1813, Fredrika’s children were the heirs of their paternal grandmother.

After a period with deteriorating health, Fredrika died in her summer residence Villamont outside Lausanne in Switzerland on 25 September 1826. She was 45 years of age. She lies buried in the archduke’s family grave in Pforzheim in Baden.

Fredrika Dorothea Wilhelmina of Baden is one of Sweden’s less well-known queens, but the memory of her lives on in three villages in south-eastern Lappland that are named after her. Drottningtorget (Queen’s Square) in Malmö is also linked to her as a reminder of the winter she spent in 1806—1807 in this city. 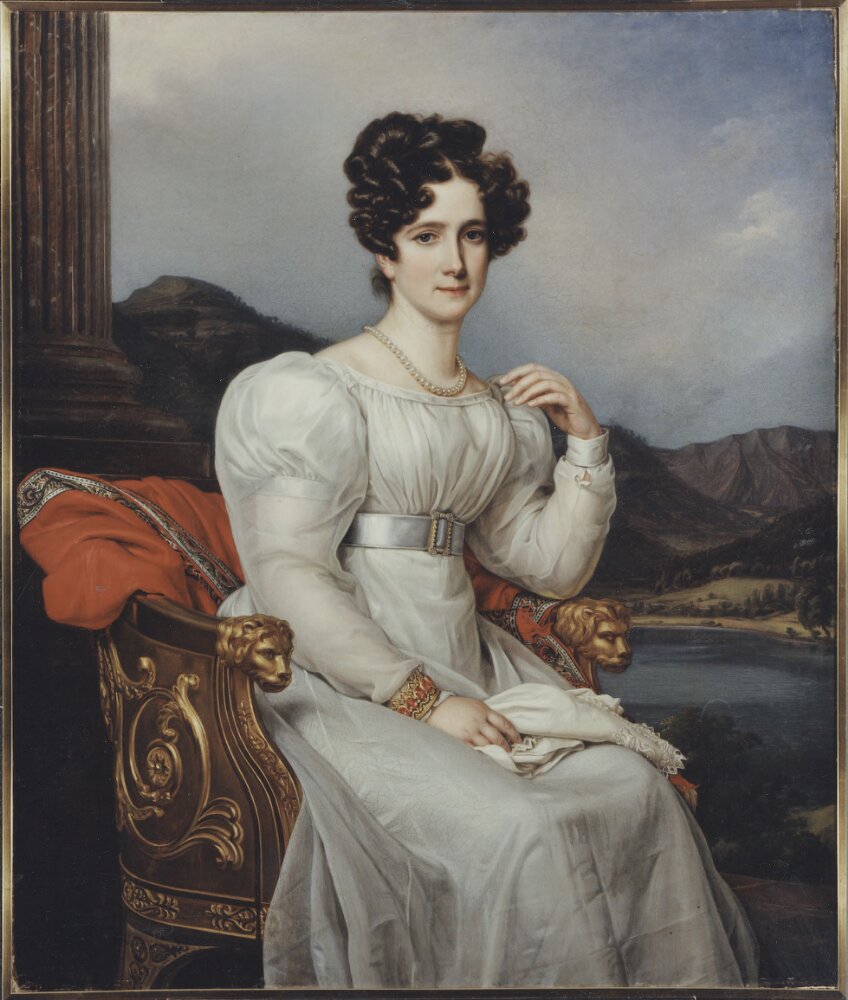