Fredrika Wennberg was a writer and a poet who was active during the nineteenth century.

Fredrika Wennberg was born in Stockholm on Leap Day, 29 February 1816. Her parents were Johanna Westerberg and Michael Wigström. When Fredrika Wennberg was only two years old she lost her father, a sea captain, when his vessel sank. Her mother took this loss very hard and died a few years later. Fredrika Wennberg was then brought up by her maternal grandmother, Kristina Rundqvist, who instilled a thorough knowledge of housekeeping skills in her.

Fredrika Wennberg had already started to write verse and stories at night in her youth. She subsequently revealed in a letter she wrote to her journalist friend, John Neander, that in order to prevent anyone else from reading her efforts and “making fun of the silly things” she burnt them all.

In 1844, then 28 years old, Fredrika Wennberg married August Wennberg, who worked as a weigh-station man for Stockholm railway. Her husband was supportive of her writing and their marriage was described as a harmonious one.

Fredrika Wennberg’s proper writing career initiated when she began producing so-called occasional poems, intended for use at special occasions, such as weddings and funerals. Her first publication was a poem which commemorated the baptism of Princess Lovisa on 15 June 1850. It was published in the Posttidningen newspaper and it was even published in its own right, finding favour with Crown Prince Carl. He rewarded her with a beautiful golden brooch as a sign of gratitude. A few years later she produced a new poem for the same newspaper to commemorate the 75th birthday of Dowager Queen Desideria, who subsequently presented her with a golden watch.

Fredrika Wennberg’s poetry collection, entitled Smärre stycken på vers, was published in 1851 under the name of Fredrika W...g. It included a verse dedicated “Till Ungerska folket i Maj 1849” (To the Hungarian People in May 1849) in support of the rebels of the Hungarian civil revolution and war of independence. That same year Fredrika Wennberg also released a serial, entitled Grefvarne D., far och son printed in the Kalmarposten newspaper. The story was distributed through several newspapers throughout Sweden.

In 1865 her novel Handtverkaren. Teckning ur verkligheten D. 1-2 was published under her full name, through Sigfrid Flodin publishers. The review printed in Vestmanlands läns tidning described it as a “purpose novel” albeit “written in good spirit and with the most noble aims”.

Fredrika Wennberg, using the signature of F.W., wrote stories for various calendars, including Svea, Freja, Förgät mig ej and Violblomman. These periodical calendars were popular during the second half of the nineteenth century and were often published around Christmas-time and the new year. These calendars contained all sorts of material, from poetry to reports. Several authors had their first work printed in these publications.

In 1892 both a short story and a novel were published, signed by F.W. and released through F. C. Askerberg publishers. The short story, Rik och lycklig, tells of two sisters, named Frida and Malvina, and their mother. Frida resembles her mother and has a pleasant aspect and a positive attitude whilst Malvina is described as a beauty who is largely dissatisfied with life and who desires one day to be rich and happy. The short story begins with a wedding at which the two sisters are guests. Similarly the novel, Myrten och silfver, deals with issues relating to marriage, and the reader follows the capricious Olga’s stormy relationship with the calm Edgard. According to Eva Heggestad, a scholar of literature, Fredrika Wennberg was one of several authors of adventurous and melodramatic light-hearted literature at this time.

Fredrika Wennberg became the director of Hushållsskolan (domestic sciences school) in Brännkyrka in 1882. She remained in post until her retirement in 1894. The school had been established by Matilda Rolén, the wife of a priest in Brännkyrka congregation and a friend of Fredrika Wennberg.

Fredrika Wennberg was a member of Sällskapet Litteraturvänner (also known as Sällskapet L.V.). In 1889 she became an honorary member of the society, as did the book printer and publicist Louise Flodin and the publisher Sigfrid Flodin, amongst others. Mr and Mrs Flodin were two of Fredrika Wennberg’s closest friends, as was the author Josefina ”Lea” Wettergrund. Other members of the society who were close friends included Wilhelmina Stålberg, Octavia Carlén, and Wilhelmina Gravallius. 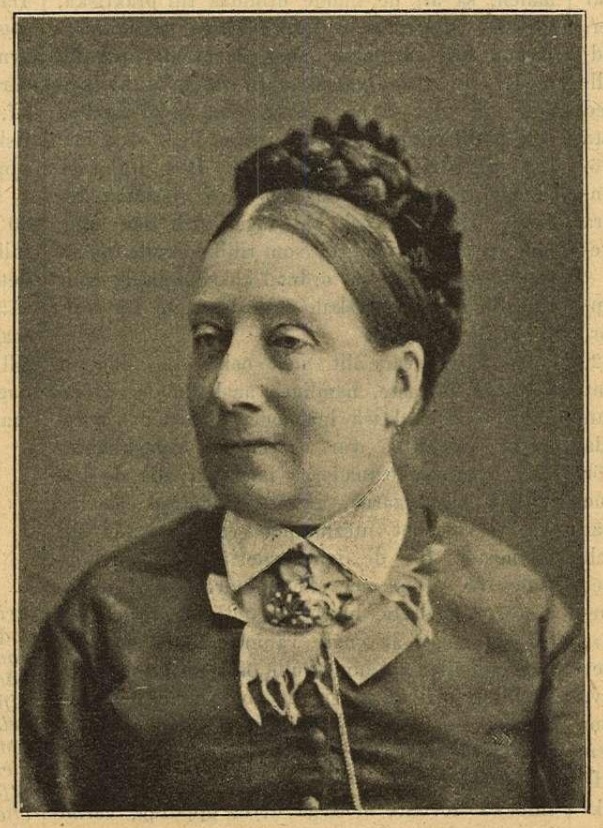