Frida Pallin was a teacher, principal and owner of Mathilda Hall’s school for girls in Gothenburg.

Frida Pallin was born in 1860 in Filipstad, the fifth and youngest child of Victor Pallin, a district physician, and his wife Fredrique, née Kamph. Very little is known about her childhood, but she probably received her earliest education at home. Her father died when she was only eleven years old and in 1874 her mother and three of the children moved to Uppsala where her sons were studying. Frida Pallin lived mostly with her maternal aunt Therese Kamph, who was the principal of the Kjellbergska girls’ school in Gothenburg. This privately owned school aimed to give higher education to less well-off girls from the educated classes, to prepare them for a life in which they were able to earn their own livings. Frida Pallin became a pupil at Kjellbergska girls’ school in 1873 and graduated from the highest class in 1878.

Frida Pallin started thereafter to work as a governess and was for a period employed by the member of parliament and later minister of finance Fredrik von Essen at Kavlås Castle in the province of Västergötland. She also worked at the home of the well-known financier and philanthropist Fredrik Dickson. For a while she also worked as a teacher at the elementary school for girls in Borås.

In 1884, Frida Pallin was appointed as a teacher at Mathilda Hall’s school for girls in Gothenburg. It was a private school founded in 1857 in a strongly Christian spirit by Mathilda Hall, a schoolmistress, who ran the enterprise herself. For more than a decade, Frida Pallin worked as a teacher for the youngest pupils in the three preparatory classes and also in the eight higher classes, In 1894, Mathilda Hall died however, and two years later it was decided that Frida Pallin was to take over as the new principal. At the same time, she purchased the school building from the estate for 115,000 kronor and paid Mathilda Hall’s surviving sister 200 kronor per year for ten years for the right to continue running the school under the same name. Frida Pallin had in other words purchased the school. As the head of studies, she succeeded in engaging the headmaster of the Gothenburg grammar school Rudolf Röding, a senior lecturer in Greek. He remained a central support in the running of the school during all the years and after 1906 he was also the chairman of the school board.

As the principal, Frida Pallin only taught the higher classes, above all Christianity and history, in which the history of the antique era and art history were her best fields. She has been described by former pupils as a very engaged teacher and a very considerate person who at the same time inspired great respect. She recruited teachers with immense care but also gave them great freedom and responsibility. Among those she employed was Jeanna Oterdahl who was to remain at the school for several decades.

Even before her time as principal, Frida Pallin took the initiative to creating follow-up courses certain years, for pupils who had completed the highest class but wanted to deepen their general education or their practical skills even further. She was also very interested in the education of the very youngest children in the preparatory classes. Among other things, she was inspired in this by the new teaching methods that were being introduced by the Gothenburg higher coeducational school. She sent one of the school’s schoolmistresses on a study trip to the USA to learn more about the new methods. In 1904, the preparatory classes at Mathilda Hall’s school were opened for boys as well as girls.

When Frida Pallin took over Mathilda Hall’s school in 1896, it had about 225 pupils and the enterprise was run entirely on pupils’ fees. From 1897 onwards, the school received grants from the state and the municipality, and in 1909, Kungl. Maj:t (the royal authority) decided to recognise a qualification from Mathilda Hall’s school as the equivalent of a qualification from the state normal school for girls. In 1906, the school was formally reconstructed as the Aktiebolaget Mathilda Hall’s school, a limited company, with Frida Pallin as the majority shareholder. The transformation was probably a consequence of the increasing number of pupils since the school now needed to invest in better and larger premises. The new form of ownership simplified the conditions for the renovation and acquisition of neighbouring properties that occurred during the following years. When Frida Pallin resigned as principal in 1923, the number of pupils had risen to about 500.

Frida Pallin had obviously even as a very young person succeeded in acquiring a good reputation and good contacts with the local establishment in Gothenburg, which is underlined not least by her posts as governess in economically and socially prominent families. She also had a well-known capacity to win people’s confidence. Upon the death of Robert Dickson in 1903, it became apparent from the estate inventory published in the press that Frida Pallin had a debt to the estate of 19,000 kronor. It is not an unreasonable assumption that Robert Dickson had helped her with a loan and support when she bought her school in 1896. His will stipulated at the same time that an annuity of 5,000 kronor be paid out to Frida Pallin since she had been his daughters’ governess. Other prominent people who helped her in economic matters were wholesale merchant and member of parliament Gustaf Boman and the industrialist and banker Axel Carlander, who both were also members of the school board.

Frida Pallin gradually became quite well off economically and was a well-known and much respected person with a good social standing among the Gothenburg upper class. From the 1890s onwards, she undertook many long journeys for her own education, several times to Berlin but also to Dresden, Paris and Italy. She participated in the social life revolving around sea bathing in Marstrand and eventually acquired a small cottage near Leksand where she spent the summers. Frida Pallin also had a number of idealistic engagements. She participated in the founding of the youth society Sällskapet för ungdomens friluftslekar in Gothenburg in 1898. From the end of the 1880s, she sat on the board for the Gothenburg and Bohuslän scholarship fund for young women, linked to the association Fredrika-Bremer-Förbundet. She belonged for more than a decade to the leadership of the home for schoolmistresses Stiftelsen Göteborgs lärarinnehem that was started in 1900 through a private property donation. Later on, she was also a board member of a fund for schoolmistresses, Understödsfonden för lärarinnor in Gothenburg. Just before the first world war broke out in 1914, she was one of those in Gothenburg who participated in the appeal for the cooperative women’s organisation Kvinnornas Uppbåd, the assignment of which was to work on concrete crisis measures in the community.

Between 1902 and 1912, Frida Pallin was a member of the Gothenburg general elementary school board, to which she had been elected on account of her involvement in teaching for the youngest children. Her older colleague Eva Rodhe, was also a member, well-known as she was as a reform pedagogue, and the founder and principal of the Praktiska arbetsskolan (later the Palmgrenska coeducational school) in Gothenburg and probably one of the most important contacts for Frida Pallin in her pedagogical development work at Mathilda Hall’s school.

Frida Pallin never married and never had any children of her own. In the mid-1890s, her unmarried sister Hulda Pallin, ten years older and previously a teacher at the Magdeburgska girls’ school in Uppsala, moved to Gothenburg and they shared a home until her sister’s death in 1923. Hulda Pallin was also active as a teacher at Mathilda Hall’s school for 15 years. In the same way as Frida Pallin as a girl had received help from her aunt to be able to attend school in Gothenburg, so she also helped a brother’s two children who therefore came to be close to her.

Both Frida and Hulda Pallin were all their lives profoundly involved in the Swedish church’s mission and deaconry. It was mainly Hulda Pallin who burned for the mission, and travelling church speakers and missionaries often passed through their home. Frida Pallin participated in 1910 in the world mission conference in Edinburgh and in 1913—1929 she had a central role in the organisation of the so-called ”Porlamötena”, a series of Christian meetings held at Porla Brunn spa in Närke in which many leading persons in the contemporary life of the church participated.

Frida Pallin resigned as the principal for Mathilda Hall’s school in 1923. She remained however as the majority shareholder in the limited company and sat on the board until her death in 1931. She willed her assets to her two nieces, who thus became the new majority shareholders and also took over her place on the board. In connection with the municipal takeover of private girls’ schools in Gothenburg in the 1930s, the school property was sold to the municipality. The school was formally wound up 1938.

Frida Pallin died at the age of 71 in Gothenburg in 1931. She is buried in the Eastern Cemetery in Gothenburg. 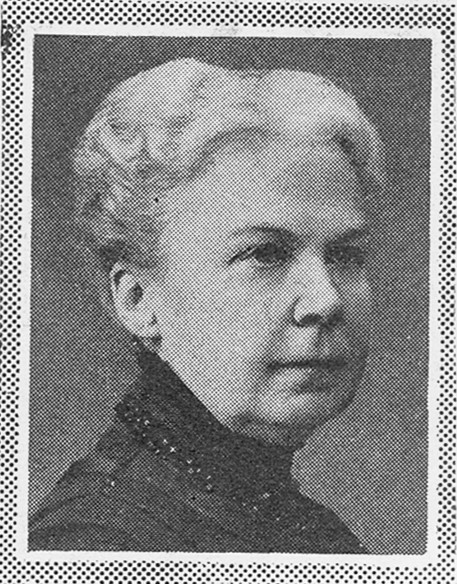