Gerd Schalling was one of Sweden’s earliest female legal practitioners and lawyers. She was also the first female director of a legal aid agency in Sweden.

Gerd Schalling was born in Holmestad, Skaraborg county in 1890. She and her five siblings grew up in Skaraborg, raised by their parents. In 1908 she matriculated in Gothenburg and then continued her education at Uppsala university, where she gained her Bachelor’s degree in 1912. Two years later Gerd Schalling married Erik Schalling, a legal practitioner, and during the second half of the 1910s they had three children. Once the children were a bit older Gerd Schalling continued her university studies and began to read law at Stockholm college. In the autumn of 1922 she gained her Bachelor of Laws and the following year, in 1923, she took a job as a notary at Södertörn judicial district.

In 1924 Gerd Schalling began to work at Stockholm city legal aid agency, an institution she worked for until her death in 1949. The Swedish legal aid agencies were an institution which had no comparable model abroad. They were set up following the introduction of the 1919 law which made the state responsible for providing free legal services. These legal aid agencies were official institutions, run by either the county councils or by the municipalities, and offering gratis legal aid. The principle of equality before the law was a central factor. Prior to this certain municipal legal aid efforts had already existed in several Swedish towns but they were not as clearly organised as this new institution was. The first of these agencies began to operate in Stockholm in 1920, followed throughout the 1920s by a number of agencies in other towns, including Helsingborg, Malmö, Norrköping and Gothenburg.

Several of the earliest female legal practitioners in Sweden worked at these institutions. One of Gerd Schalling’s colleagues at the Stockholm agency was another female pioneer of the Swedish legal sphere, the lawyer Sonja Branting-Westerståhl. The legal duties that these women performed usually revolved around matters of family law and tenancy law. A large number of their clients were in fact women.

During the second half of the 1920s Gerd Schalling worked as a legal assistant at several of these legal aid agencies in the area around Stockholm. In 1930 she became the first woman to serve as the director of one such agency, namely the one based in Stockholm city. In 1938 she wrote Den fria rättshjälpen i Sverige.

Gerd Schalling was an inventive legal representative during trials. In 1930 she was involved in a case concerning an accident between a car and a horse-drawn carriage with two timber-sledges. She had two miniature sledges created so that she could use them during the trial in order to demonstrate to the members of the trial just how the accident had occurred. In 1935 Gerd Schalling became a member of the Swedish Bar Association.

Gerd Schalling died in October 1949, aged 59. She is buried at Skogsö cemetery in Saltsjöbaden. 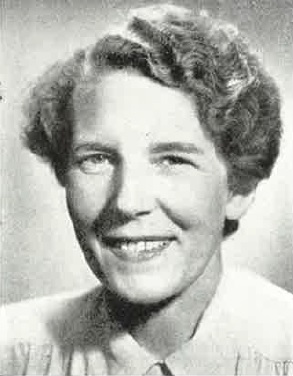