Margareta Renberg was an artist and a poet. She belonged to the generation of female artists who made their public debuts in the 1970s and held major solo exhibitions.

Margareta Renberg was born in Luleå in 1945. She grew up in the Skurholmen area of Luleå. Her family had ties to the Swedish Free Church. Her father, Gunnar Vilhelm Renberg, was a train driver and a passionate gardener whilst her mother, Elsa Linnea née Eklund, had worked within the health service before she started a family and had two daughters.

Margareta Renberg obtained her school-leaving certificate within the classical education section of school with excellent marks. Then, in 1964, she enrolled at Konstfackskolan (now the college of arts, crafts, and design) in Stockholm before continuing her artistic studies at the Royal Swedish Academy of Fine Arts from 1968–1973. Her parents had hoped that she would become a doctor and did not understand her career choice.

Whilst at the Royal Swedish Academy of Fine Arts Margareta Renberg began to write poetry. She showed her poems to Professor Ulf Linde, who taught art theory at the academy. He responded enthusiastically and then submitted them to the Lyrikvännen journal which published some of them in 1973. The following year Margareta Renberg published a poetry collection entitled En tatuerad dams memoarer. It was an instant success, received favourable reviews, sold out and won FiB Lyrikklubb’s Stig Claesson prize. She participated in public reading evenings at the likes of Klarateatern in Stockholm in 1973. Later poems were published in Artes in 1975 and 1990, the latter of which were accompanied by illustrations she herself had drawn. A selection of her surviving poetry was posthumously published by Gunnar Harding in 2009, in a volume entitled Tröst för ett tigerhjärta. This book also includes the first collection of poems in its entirety.

There are parallels between Margareta Renberg’s lyrical work and her paintings. One of her paintings which dates from 1972 is called Oktober 1944 and served as the cover of her posthumously published book. Margareta Renberg herself described the multiple-breasted woman on the red couch, clad in a spotted dress which goes over her razor-sharp knees, is a representation of her mother. The painted figure is being inseminated by a man in a cowboy hat, Gary Cooper, who leans down from on high, holding half a grapefruit out like a mirror which reflects the female figure’s confused gaze. This is a modern portrayal of the holy annunciation – indeed, Margareta Renberg had been born nine months after Oktober 1944. The depiction of the room, with its furniture, everyday items, and other more secretive things, has been painted with great care.

Margareta Renberg wrote her idiosyncratic and headstrong poems whilst she was earning a living by working at the Tempo department store warehouse. However, painting began to take priority. Her early paintings were often full of little details, although as the years passed these became fewer in number. However the items and figures were depicted in similar spaces. These rooms, which were painted with a horizon line and frequently checkerboard floors, hosted dramas. Bodies painted in skintone-colours, body parts or shapeless yet body-like forms move in these spaces. They are often positioned against rigidly painted backgrounds made up of curtains and drapes. The simple cardboard box first became a part of Margareta Renberg’s paintings during the 1990s, appearing either on their own or combined with pink, swollen body shapes as can be seen in Två som ser ut from 1998. In the painting from 1990 entitled Förberedelse till fest the main figures depicted inside the house-shaped box are aniseed breads in various shapes and sizes. She wrote poems about the aniseed bread of her childhood, painted images of bread, and drew and even formed representations in bronze. She also produced more realistic paintings such as Självporträtt i svart kjol in 1998 in which Margareta Renberg portrayed herself naked from the waist up, her torso painted in a light tone, against the background of a blackish-grey room, a distant gaze in her gingerbread cookie eyes. On the light-coloured table beside her there was a white kitchen roll, a white coffee cup, and a dark rectangularly-shaped object.

The colour schemes used in her paintings gradually became increasingly muted and lighter as the years passed, comprising various shades of pink, red, brown, grey, white and black with intermittent elements of clear blue and yellow. Her oil paintings were created using small, thin brushstrokes on canvas but she also drew and produced drypoint etchings. One of her black and white drypoint etchings from the late 1960s has received particular attention. Metafor shows a scissors wearing a dress nudging the grass with its “toe tips” under the low horizon line.

Margareta Renberg’s art has often been defined as belonging to the school of surrealism although she herself refused to be categorised as a surrealist and instead believed her images to be expressions of her personal experiences. Her perspective of the world can seem different and “her proclivity for that which is different is completely natural” as Ulf Linde, then curator at Thielska Galleriet, wrote in 1992.

Margareta Renberg’s first solo exhibition was held at Gröna Paletten in Stockholm in 1970. That same year she also exhibited her work at Galerie Burén along with her friends and former colleagues from the academy Kjell Andersson, Bo Larsson, and Bo Trankell. Ulf Linde penned the foreword to the catalogue.

A group of twelve artists, including several of Margareta Rensberg’s friends and fellow students from the Academy, set up a gallery called Konstnärsbolaget in Stockholm as a form of protest against the political art of the late 1960s and 1970s. The gallery operated from 1973–1981 and Margareta Renberg held solo exhibitions there in 1973 and 1975. Two reviews of her 1973 exhibition reveal that opinions amongst reviewers were divided. Stig Johansson of the Svenska Dagbladet newspaper highlighted her forceful personality, her confident use of colour and shapes, and interpreted “these most private views, as though she were searching, uneasily, at the edge of reality, like a very conscious attempt to use symbols to find out where she belonged and who she was”. In contrast, Bengt Olvång, a champion of the politicisation of art who wrote for the Aftonbladet newspaper, was irritated by the manner in which she deformed human figures in her work, depicting swollen rubbery shapes, and asked what the need was for all those dismembered fingers, arms, and heads. He interpreted these as a heartless representation of humanity. Margareta Renberg was a rare bird, not a producer of mass surrealism, her fantastical world, her obvious use of space, her idiosyncratic representations, the body and the room, imprisonment and freedom, her dry and meticulous method of working, dry, astringent and harsh colour-scheme – these terms were all used when describing her artwork in printed reviews throughout the years.

Margareta Renberg exhibited at several galleries throughout Sweden but from the early 1990s onwards Mariann Ahnlund served as her host gallery. She displayed her work at Galleri Mariann Ahnlund in Umeå in 1991, 1995, and in 2001. In the early 2000s Margareta Renberg held several solo exhibitions at museums and other art institutions, such as Sundsvalls musem, Norrköpings- och Borås Konstmuseer, Konstens hus in Luleå, as well as retrospective exhibitions held at Thielska Galleriet in 1992 and at the Royal Swedish Academy of Fine Arts in Stockholm in 2003. She also participated in group exhibitions such as NUNSKU’s 5x1000 År, coordinated by Ingela Lind along with Channa Bankier, Lena Cronqvist, Gittan Jönsson, and Lenke Rothman and exhibited in Paris in 1979. It then travelled onwards to various places in Germany. She also exhibited at the Jaget och världen display at the Royal Swedish Academy of Fine Arts in 1997. Artwork by Margareta Renberg was also included in the major Konstfeminism exhibition which toured Sweden from the end of 2005 to the summer of 2007. Examples of her work are held in Swedish art collections.

In 1995 Margareta Renberg became a member of the Royal Swedish Academy of Fine Arts. She died in 2005 a few months before her 60th birthday and her remains were placed at the memorial garden in Solna cemetery. 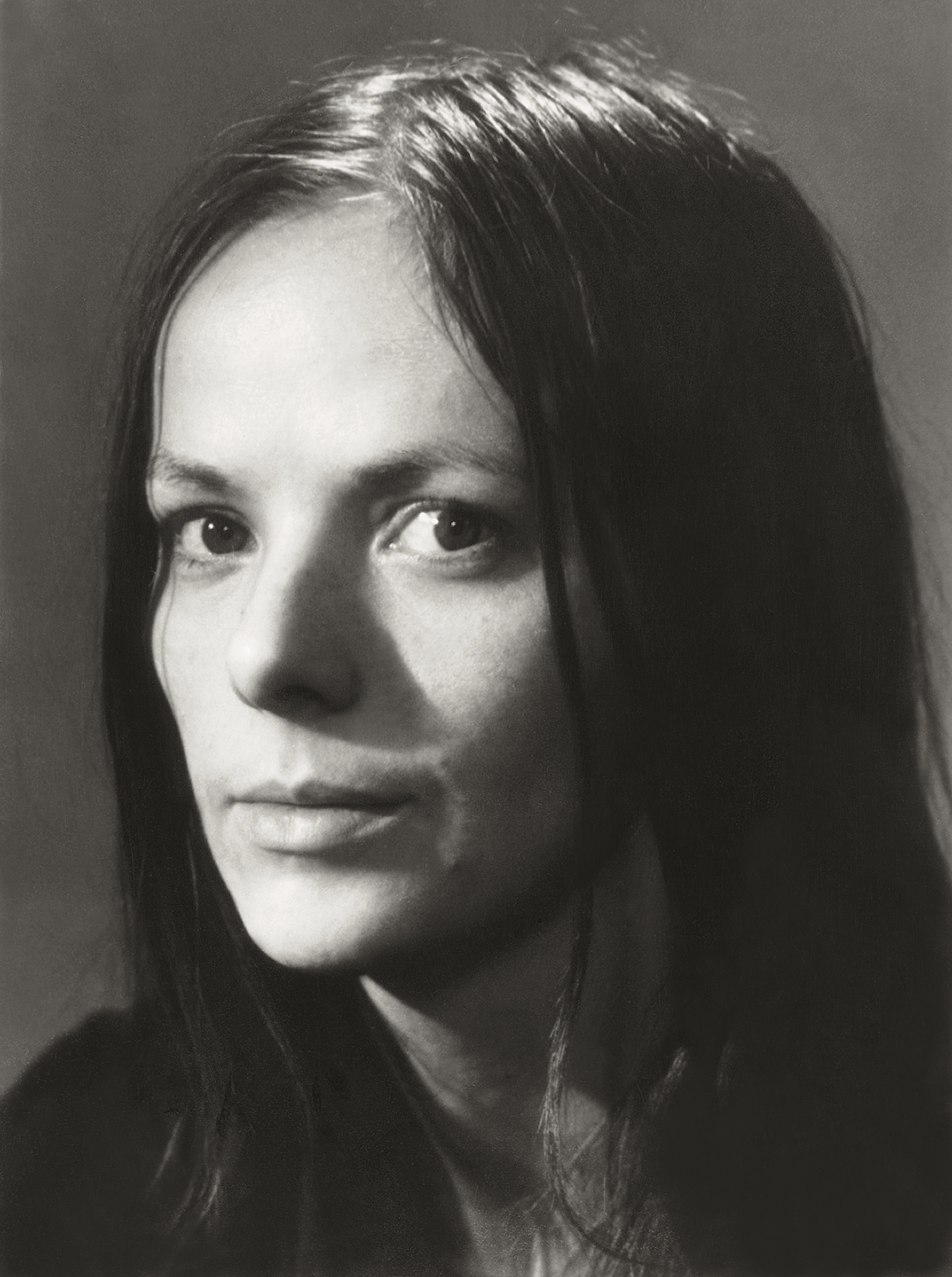