Gerda Palm was a visual artist who painted in oils and watercolours and produced charcoal and ink drawings. She also wrote articles for the Dalsland local history association.

Gerda Martina Palm was born at Henriksholm manor in Ånimskog, Dalsland in 1871. Her father, Ferdinand Palm, was a major in the army. His wife was named Amalia, née Fröding. Included in the family were Gerda Palm’s five elder siblings.

Gerda Palm began her artistic training in 1895 at the women’s department of the Royal Swedish Academy of Fine Arts in Stockholm. She completed the various levels of training, including Principskolan which offered the basic instruction in drawing and Antikskolan where the students drew from plaster cast copies of ancient sculptures. The next step was Modelskolan, where the students worked with live models. Although the school provided thorough artistic training female students had to attend special classes. They were not allowed to attend life-drawing classes at which both male and female models were naked. When female students drew from male models the latter had to be covered by a modesty cloth, as shown in one of Gerda Palm’s charcoal drawings from 1897.

Having completed her studies at the Royal Swedish Academy of Fine Arts Gerda Palm went on several study trips to Munich, Rome, and Paris. She then settled in Gothenbrg where she joined Sällskapet Gnistan which was and still serves as a forum for art in Gothenburg. In 1903 the society held an exhibition of work by Gothenburg-based artists which included some of Gerda Palm’s studies for her portraits.

In 1907 Gerda Palm, along with the likes of Hilda Heyman, was selected to exhibit at Lundautställningen. When Föreningen Svenska Konstnärinnor (FSK, association of Swedish female artists) held a lottery a few years later the prizes they offered included works by Gerda Palm, Fanny Brate, and Hanna Pauli. In 1912 Gerda Palm undertook further training by enrolling on the so-called Tallbergska course, which was named after its instructor the associate professor Axel Tallberg. Tallberg had taught graphic arts at the Royal Swedish Academy of Fine Arts for many years.

Gerda Palm painted landscapes and still lifes in oils and watercolours and signed her works with her full name, and often adding in the year of completion. She drew portraits and images of architectural motifs, such as her gouache Sigtuna 1925 in which sunbeams shine through a weather-worn ruined roof. Her watercolours and sketches, including those from her travels through southern Europe, were exhibited during the 1920s at Lilla Utställningen in Stockholm.

In 1928 Gerda Palm received the FSK stipend and during the ensuing two decades she submitted work to several of Dalslands Konstförening (art association) exhibitions. One of these was Hesselbomsutställningen in 1938. Otto Hesselbom is considered to be one of Dalsland’s leading portrayers of nature and landscapes. Gerda Palm contributed to an article about him published in the local historical society’s (Dalslands fornminnes- och hembygdsförbund) journal Hembygden. She also contributed an illustrated text on the subject of Myran, a farm in Ånimskog which belonged to the Crown.

In a review of an exhibition held at Gummesons Galleri in Stockholm it was noted that Gerda Palm had already previously “received favourable reviews for her flawless and scrupulous art as can be seen in the current works”. Gerda Palm’s work portrayed views of the local countryside, a beautiful perspective of lake Ånimmen, the old foreman’s farm, and Vitalis Norström’s birthplace, both in Åmål. However her work also included motifs from Cap Martin and Sigtuna.

In 1934 female artists from almost every European nation and from America participated in the major Madonna exhibition held in Florence. Gerda Palm, Tyra Kleen, and Agnes de Frumiere as well as a number of other Swedish artists all submitted work, although none of their pieces generated particular attention. The following year at the Dalsländskt konstliv exhibition in Bäckefors Gerda Palm was considered to be the most well-known of the exhibitors. Her work included drawings, motifs from Rome, and “good portraits”. In 1941 she held a solo exhibition at Lilla Ateljén in Stockholm, followed a few years later by another at Galleri God konst in Gothenburg.

Gerda Palm died in Gothenburg in 1949, aged 77. Her remains lie at Frändefors cemetery. 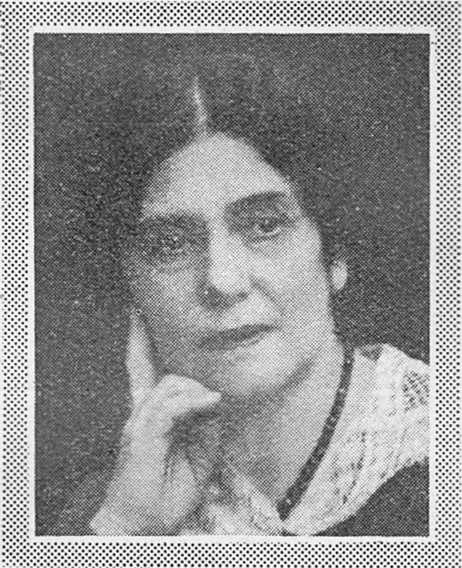