Gertrud Bergström was a prominent figure in the sphere of domestic science. She made significant contributions both through her work with various associations and as a writer and author of textbooks on domestic science.

Gertrud Bergström was born in Nässjö in 1869. She was the daughter of Captain Leopold Bergström and his wife Baroness Ingeborg Fägersköld. They had eight children together, seven daughters and one son, all of whom grew up in a bourgeois and privileged environment. The Bergström family had both the means and reasons to pay for their children’s education. Gertrud Bergström, like her sister Endis Bergström, studied both in Stockholm and abroad. Both sisters began with artistic training: Endis Bergström studied painting in Copenhagen while Gertrud Bergström trained as a music teacher in Stockholm during the 1880s. At the time the first schools offering domestic science programmes were emerging in Sweden’s capital city, and this influenced Gertrud Bergström’s career path. In 1897 she qualified as a cooking teacher at what was then a relatively recently established domestic science school connected to Högre lärarinneseminariet (advanced teacher training programme) in Stockholm, and which later became known as Statens Skolköksseminarium.

Gertrud Bergström was part of the first generation of domestic science teachers in Sweden. Like her colleagues, such as Ingeborg Schager, Ingeborg Walin, and Kerstin Hesselgren, she was active as a teacher, a textbook author and a writer, whilst also being an organiser and a member of several interest groups working to disseminate domestic science. Gertrud Bergström’s first job within the sphere of domestic science was as a cooking teacher at the Johannes school in Stockholm. She remained in post for 13 years from 1899 to 1912. During this time she was awarded scholarships in order to continue her training abroad. She explored domestic science education in the Scandinavian countries as well as in Great Britain. She undertook a longer trip in 1912 in order to investigate vocational schools in domestic science in Germany, the Netherlands, Belgium, and in France. That year she was also appointed as a teacher at her alma mater, Statens Skolköksseminarium. She was only there for a brief period as in 1913 she replaced Kerstin Hesselgren as inspector of Stockholm’s school kitchens.

Gertrud Bergström was extremely active during the period of the First World War. In addition to her job as inspector she also served as an expert in domestic science for several national agencies during the wartime food shortages, whilst also taking charge of the Kooperativa Förbund (Swedish Co-operative Union) weekly journal Konsumentbladet. In 1926 she resigned from her post at the Stockholm schools and devoted herself fulltime to a new school enterprise. She opened a new school on Holländaregatan for catering managers and kitchen personnel of larger institutions. She ran the domestic science school on Holländaregatan together with her colleagues and friends Ingeborg Walin and Ingeborg Schager.

Gertrud Bergström wrote and published a great deal of literature on domestic science during her professional life – teaching material as well as informational and advisory articles. Her publications reflect her thoughts on the role and function of domestic science within society. She became a fervent campaigner for Taylorism (also known as scientific management) after having visited the fourth international congress of domestic science in Rome in 1927, where she had been inspired by this idea of organising everyday work according to scientific and rational principles. An example of this is the textbook Födoämneslära, which presents the scientific foundation that food preparation should be based upon. Her interest in industrially organised central kitchens, for which she earnestly campaigned during the inter-war period, is another example. She also promoted the idea of machines replacing traditional women’s work. In this way she was a modern domestic science instructor in contrast to, for example, Ida Norrby who was more conservative in her approach to the social role of domestic science. In her work Gertrud Bergström had her sights on the future rather than the past.

Gertrud Bergström applied the same modern approach in her diligent work for various associations. During the inter-war period she established Föreningen för rationell hushållning (association for optimised housekeeping) and Föreningen för ekonomiföreståndarinnor vid större anstalter (association of female catering managers at larger institutions). Catering managers, who she was training on Holländaregatan, was the group of employees in large-scale central kitchens which represented the core of her future vision of how food preparation would be organised. Gertrud Bergström, an association enthusiast, was also active on the boards of Konsumentförening Stockholm, Svenska Kvinnors Medborgarförbund, and several other associations including Svenska Skolkökslärarinnornas förening. Gertrud Bergström was supported by Ingeborg Schager and Ingeborg Walin in several of these associations. The three women not only worked together but also lived together. Gertrud Bergström was the most public-orientated and visionary of the three. Unlike Ingeborg Walin and Ingeborg Schager, Gertrud Bergström’s work was not exclusively tied to schools but rather directed towards a circle of interested housewives who read and enjoyed her publications and the pieces she edited. In particular her work for the consumer cooperative allowed her thoughts to reach a wider public.

When she was 70 years old Gertrud Bergström retired from her post as principal of the catering managers’ school at Holländaregatan. She died in 1954 aged 85. 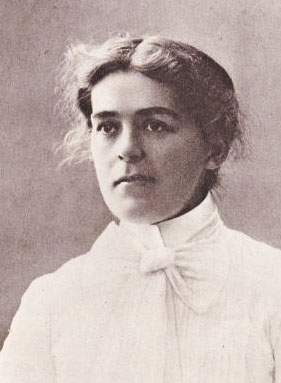