Gertrud Gussander was the first woman to gain her doctorate in Lund university medical department in 1912. That same year she founded and began to run her own hospital, Elfgården, in Gagnef.

Gertrud Gussander was born at Gammelstilla ironworks in Torsåker congregation in 1872. She was the youngest of four children born to Axel Fritiof Gussander, the works owner, and his wife Ellida Gussander, née Berggren. The ironworks had been in the family’s ownership for half a century but the hard economic times and reliance on old-fashioned methods rendered iron ore extraction unprofitable. In 1880 the business went bankrupt and that same year Gerturd Gussander’s father died suddenly of heart failure. This left her mother completely without means to provide for her children. The family had to go and live with a maternal uncle, settling at the Berggren family farm in Gävle. Gertrud Gussander began to attend girls’ school in Gävle. However, surviving school accounts reveal that she was often absent due to ill health and thus did not achieve the best marks.

In the autumn of 1884, when she was twelve years old, Gertrud Gussander was sent away to live with her godfather, Götrik von Schéele, who ran Kilanda estate in Västergötland. He was a widower with four children, three of whom were similar in age to Gertrud Gussander. She was well aware that in the future she would need to provide for herself. From an early age she dreamed of being allowed to train as a physiotherapist at Gymnastiska centralinstitutet (GCI, now GHI, Swedish school of sport and health sciences).

Gertrud Gussander remained at Kilanda until the summer of 1887. After being tutored by a governess, she and three of the von Schéele children were sent to Vänersborg in the autumn to be educated there. Subsequently she attended girls’ school (Högre Elementarskolan för qvinnlig ungdom), from which she graduated in 1889. That same year she had her confirmation in Vänersborg. It seemed that the carefree lifestyle came to an end on the completion of her schooling. Gertrud Gussander was placed in the Trollhättan postmaster’s house, receiving room and board with the intention that she would be trained as a trainee postmaster and provide companionship for the postmaster’s wife. However, this did not sit well with Gertrud Gussander who subsequently fell ill. In March 1890 she then went to live with the Björkman family, who were distant relatives and who owned Grönsinka ironworks near Hofors. There Gertrud Gussander was able to recuperate.

Gertrud Gussander planned to train at GCI. Elin Falk, her friend from Vänersborg who had been confirmed along with her, shared her plans. However Gertrud Gussander suffered two further setbacks, namely that her grades were not good enough to get into GCI and that her mother died suddenly at New Year 1892. This set Gertrud Gussander’s plans back a good two years and left her entirely financially dependent on the benevolence of her relatives. However, she instead turned to the new incumbent at Gammelstilla works, Gustaf Grandin, from whom she requested and received a loan. Once she had undertaken additional studies, gaining her school matriculation certificate in Uppsala, she and her friend Elin Falk were accepted into GCI in 1893.

Gertrud Gussander graduated from GCI in June 1895. In the autumn term of that same year she became employed as a physical education instructor for Göteborgs Folkskolor (public schools). Whilst employed Gertrud Gussander was also studying towards gaining her school-leaving certificate, which she got as a private student at Realläroverket in Gothenburg in December 1895. Gertrud Gussander gave up her job in January 1896 and enrolled at Tekniska Högskolan (now KTH, Royal Institute of Technology) in Stockholm. Shortly thereafter she began to work in the school’s chemistry laboratory. It is not known which duties this job comprised but it did enable her to provide for herself whilst also studying chemistry.

It remains unclear as to why Getrud Gussander decided to become a doctor. During her medical studies she moved between three different places of education, as is revealed by the surviving records of her grades, diplomas, and letters in Gertrud Gussander’s personal archive, now held at Kungliga biblioteket (KB, National Library of Sweden). She spent her student years in Stockholm in a shared flat with Sara Hedberg, married as Weltzin, who was a friend from her days at GCI. Gertrud Gussander began her ‘medikofil’ (an older preliminary medical-philosophical degree required to gain entry to the faculty of medicine) at Uppsala in 1896 and completed it at Lund in 1897, where she took the necessary Latin course. Gertrud Gussander gained her first medical degree at Stockholm in 1901, followed by two years at Uppsala where she began her medical licentiate. Gertrud Gussander then returned to Stockholm to complete the licentiate in 1906, gaining good marks. She was appointed assistant doctor at Kristianstad hospital in 1905, where she then served as a fulltime junior doctor from 1907–1909.

Whilst employed in Kristianstad and while undertaking study trips to Germany, to visit leading clinics and libraries, Gertrud Gussander also worked on her doctorate. She had access to patient records which she and her boss, Dr Hedlund, had collated and these served as the basis of her studies. She complete her thesis, entitled Om gastroptos och dess operativa behandling, in 1911 but she withdrew it in order to add supplemental modern x-rays. Gertrud Gussander gained her PhD in May 1912, with a pass mark. She was the first woman at Lund university medical faculty to do so, and the first woman to gain a surgical PhD in Sweden.

Prior to 1921 women, although able to obtain a proper education, were not allowed to access higher positions within the state-run health service or at university. Therefore, in 1909, Gertrud Gussander purchased land in Gagnef, Dalarna, where she had her own hospital built. The almost completed building burned to the ground in November 1910 but was then rebuilt and ready for use at the turn of the year 1911/1912. Gertrud Gussander spent a quarter of a century working at her own hospital, Elfgården. From 1916 onwards she also worked as a municipal doctor. When she left Gagnef the hospital building and services passed into the local authority’s hands.

Gertrud Gussander ran walk-in clinics in Falun and at Elfgården, performing what at that time was considered to be advanced surgery, including appendix-removal which required overnight stays. Gertrud Gussander not only developed practical hospital and maternity services but she also expanded health provision in Gagnef by having a public baths built, by growing vegetables which nowadays would be termed organic to feed her patients, and by organising parenting classes and children’s camps for families suffering from tuberculosis. During the so-called ʻSpanish Flu’ all eight of her hospital rooms were at maximum capacity. Later on Elfgården sometimes served as a rural rest home in an attempt to maximise profitability.

Whilst Gertrud Gussander was in Gagnef the sisters Ottilia Adelborg, Maria Adelborg, and Gertrud Adelborg were busy trying to preserve the local culture. The surviving cultural remnants, such as the traditional farm Minnesstugan and the development of what became traditional Midsummer celebrations, exist thanks to the sisters’ efforts. Gertrud Gussander was the first woman to gain her driver’s licence and to own a car in Gagnef. There are many anecdotes about her achievements. Not everyone in Gagnef was used to seeing a female doctor and she was initially addressed as ‘Herr doktorinna’ (Sir lady-doctor) until the local population later got rid of all titles and simply referred to her as Gussander.

Edith Jacobsson inherited and managed Gertrud Gussander’s estate until her own death in 1988. At that point part of it was willed to Kvinnliga Läkares Förening (Swedish Medical Women’s association) to provide subsidies to female doctors in need (the fund was closed down in 2020). Another part of her estate was willed to Gagnef congregation, which continues to award subsidies to rehabilitate children with functional impairments. 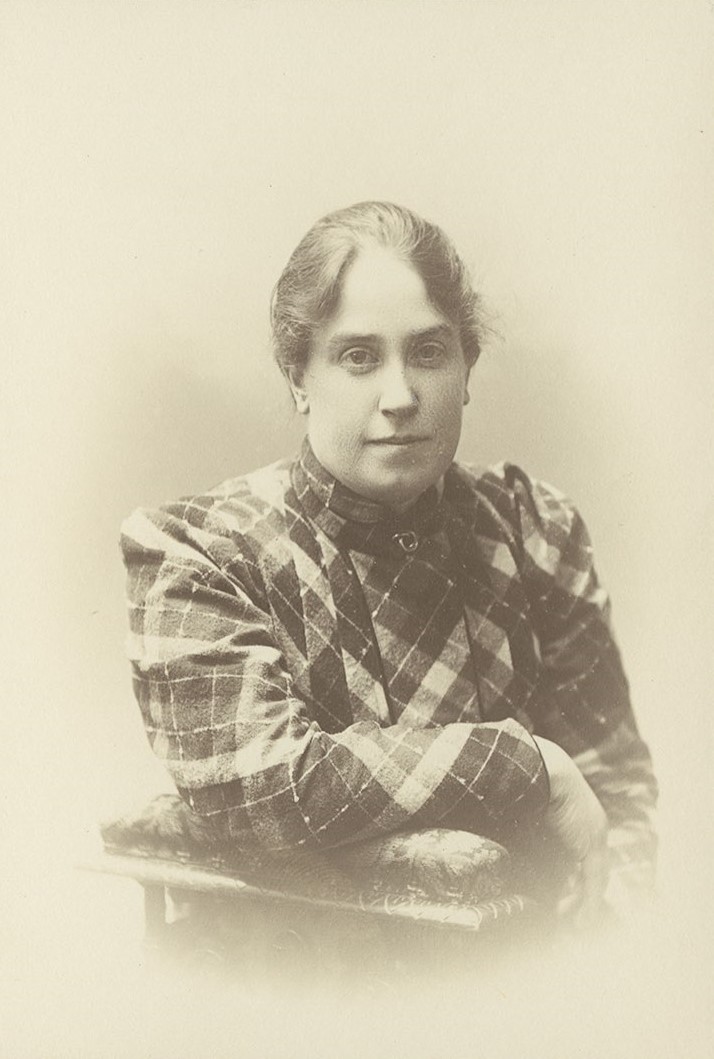