Gertrud Fridh was an actor. She was perhaps the most soulful and complex actor of the generation of actors who emerged during and shortly after the Second World War period.

Gertrud Fridh was born in Gothenburg in 1921. She was the daughter of Joel Fridh, a civil servant, and his wife Agnes Sara Charlotta, née Gertman. After matriculating at Nya Elementarläroverket för flickor in 1939 she harboured a desire to become an actor – something which, according to her own accounts, she had already expressed as a child. In an interview with Vecko-Journalen magazine in 1948 Gertrud Fridh revealed that her mother’s side of the family included a number of musical and artistically talented people. Her father, however, opposed Gertrud Fridh’s ambitions and so she spent a brief period, during 1940, working in an office. She nevertheless decided to fulfil her dreams and in 1941 she was accepted into the newly established drama school at Gothenburg stadsteater (city theatre), known as Maria Schildknechts elevskola. Even as a student she began to perform stage roles, one of which was in Revytidningen Taggen in 1942. After graduating she was appointed the lead student and her first public breakthrough performance was in the 1944 production of Ersking Caldwell’s Tobacco Road. The production which is usually considered to be her breakthrough performance as an actor is Maxwell Anderson’s Joan of Lorraine, performed at Gothenburg stadsteater in 1948. In it Gertrud Fridh played the role of the saintly leading character.

Gertrud Fridh arrived in Stockholm in 1950 to begin working at Intima teatern. From 1954 onwards she could be seen at Sture Lagerwall’s Alléteatern, a small private theatre which boasted an ambitious repertoire. She won major plaudits whilst performing there, both from reviewers and the audiences for her performance as Nora in Henrik Ibsen’s A Doll’s House. This role lay close to her heart and she had used it as her audition piece to get into drama school in Gothenburg. In 1958 Gertrud Fridh joined the permanent ensemble at the Dramaten theatre, where she remained until her retirement in 1977. She also worked as a member of the TV-theatre ensemble. She made her final film in a 1978, a made-for-TV film called Kärlek genom ett fönster. That same year Gertrud Fridh moved to Marbella in Spain where she saw out the rest of her days.

Gertrud Fridh’s most important film role was probably her part in Ingmar Bergman’s A Ship Bound for India from 1947 in which she played Sally the prostitute. Her portrayal of this character embodied the post-war pessimism which was so prominently mediated through Ingmar Bergman’s work. Although he disavowed it, Bergman was influenced by existentialism. The great interest in that philosophy is heavily based on the sense of guilt and shame which emerged following the end of the Second World War. Gertrud Fridh’s aura and acting style accentuates the feelings of abandonment and hopelessness personified in the character of Sally. The male lead, played by Birger Malmsten, seeks to draw her out into the world and its open horizons but Sally is unable to break free of her pre-determined existence.

In her interview with Lars Öhngren, Gertrud Fridh herself claims her rigorous belief in Bergman’s ability to obtain more from his actors than the actors knew they were even capable of. During her stint of working with him at Gothenburg stadsteater he had already given her the role of a middle-aged, worn out wife in his own play I Was Frightened in 1947. Gertrud Fridh was also given an unpleasant character to portray in Bergman’s play, The Day Ends Early, also in 1947. According to an article in Vecko-Journalen in 1948 this latter character had only one redeeming feature, namely that she was completely honest in her loathsomeness. Further to her role in A Ship Bound for India Gertrud Fridh was given notable roles in other Bergman films, including the 1957 Wild Strawberries, in which she played the unfaithful wife, as well as the cool yet demonic characters she played in The Magician from 1958 and Hour of the Wolf from 1968. Gertrud Fridh became even more widely known after playing the part of the fashion director in the first Swedish TV thriller series in 1962, Halsduken.

Throughout her career Gertrud Fridh was mainly appreciated for her intensive, slightly self-deprecating and profligate acting style. She was best suited to emotional and romantic roles to which the muffled sensual nature of her voice added layers. Jan Olof Strandberg, in his memorial to Gertrud Fridh, emphasised how her hoarse, sensual, and somewhat pitiful voice became an obedient instrument for mediating those emotions which never see the light of day. However, there was also a romantic vein to her and had she lived during the nineteenth century, a time when divas were idolised, she would have fit in perfectly.

When Gertrud Fridh was given purely entertaining roles her particular acting style sometimes produced wild contrasts, such as in Trav, hopp och kärlek, from 1945, in which her wistful and sad aura contrasted sharply with the film’s generally fast-paced vibe. This was a film Gertrud Fridh would have preferred to forget and hoped that the public would also do so. Margareta Ekström provides another example of how Gertrud Fridh’s acting style came into conflict with the surrounding context. In the 1956 film Separate Entrance her interpretation of her character’s ever-simmering hysteria just did not suit the overarching realism of the film.

Gertrud Fridh died in Marbella, Spain in 1984. She is buried in the Woodland Cemetery in Stockholm. 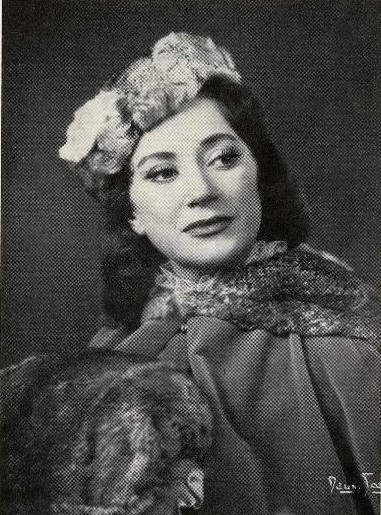