Artist, illustrator, patron of the arts

Gisela Trapp was an illustrator of children’s books and an artist. She was a key figure of Swedish converts to Catholicism in the 1900s and she was one of the major patrons of the arts in Helsingborg.

Gisela Trapp was born in 1873. She and her two elder sisters grew up within a bourgeois Helsingborg family. A younger brother had died in infancy. Her father, Carl Joachim Henckel, was a merchant who held a lot of municipal positions and was the founder of Helsingborgs Varfs AB in 1866. Her mother, Ida Henckel, was considerably younger than her husband and just like him belonged to a long-established Helsingborg family with a heritage of several generations’ standing. Gisela Trapp and her family lived in central Helsingborg. They spent their summers in the fishing village of Arild, as was common amongst bourgeois town-dwellers at the time.

Gisela Trapp’s artistic talents began to reveal themselves at an early age. During the 1890s she illustrated several works for the author and folklore scholar Eva Wigström who also lived in Helsingborg. It was through Eva Wigström that Gisela Trapp forged a connection with the Svensk läraretidnings förlag (Swedish teachers’ journal publishers) which was responsible for the Barnbiblioteket Saga series. From the late 1890s and right through until the 1940s Gisela Trapp frequently supplied illustrations for several different publishers, primarily those producing children’s literature, but increasingly also for Catholic publications such as the temperance movement’s journal Sol and its children’s magazine Snöbollen, as well as sometimes for Ord & Bild. Gisela Trapp’s children’s book illustrations were characterised by their humour and a richness of detail as well as their relevance to the associated text.

Whilst Gisela Trapp was working as an illustrator during the 1890s she also created paintings, both in oils and watercolours. The family’s summer visits to Arild inspired her to paint en plain air where grazing animals and pastoral landscapes tended to be her main motifs. Her family received a number of returning visitors to Arild, including both Danish and Swedish artists, and this socialising provided Gisela Trapp with artistic stimulation. Some of her contacts, such as Mina Carlsson Bredberg and Elisabeth Keyser, also gave her artistic instruction. Further, Gisela Trapp took lessons in Copenhagen from Niels Pedersen Mols, an artist who made his name as a painter of landscapes and animals which, as already noted, were common themes in Gisela Trapp’s work. The Scanian art critic Yngve von Schmidten lauded Gisela Trapp’s contribution entitled Får på bete which she submitted to Skånska konstnärslaget (the Scanian artists’ association) exhibition in Malmö in 1900s. This was one of her earliest exhibitions.

Gisela Trapp married Oscar Trapp in 1902. They shared a common interest in the histories of Helsingborg and Kullabygden as well as medieval heritage sites – all of which were elements which found their way into Gisela Trapp’s artistic expression. The couple settled at the Fredriksdal estate in Helsingborg which Oscar Trapp had acquired in 1898. They also had a plot in Arild at which they had a house built. Gisela Trapp did not allow her marriage to impede her artistic endeavours. She was involved in setting up Föreningen Svenska konstnärinnor (the Swedish female artists’ association) and in the spring of 1911 she submitted work to an exhibition held by the organisation in Stockholm, as well as an exhibition held in Vienna in 1913. It was through Gisela Trapp’s membership of the Skånska konstnärslag that she submitted work for the Malmö exhibition in 1903 and 1913 as well as the Helsingborg exhibition in 1915.

The Uppsala author Helena Nyblom was one of her summer guests. She belonged to the small group of Nordic Catholics and she was in touch with the Jesuit college in Ordrup, north of Copenhagen. She may have provided the inspiration for Gisela Trapp to get some instruction there. In 1913 Gisela Trapp converted to the Catholic faith in Ordrup. She did not make this public knowledge until after the death of her husband, however.

The Trapps had visited Rome together and prior to her marriage Gisela Trapp had visited several cities on the Continent in the company of her sister, Carola, which included seeking out various medieval shrines. Her view of the world became increasingly dominated by her interest in both religious ritual and tradition, as well as by medieval art and architecture. In November 1903 Gisela Trapp submitted several of her works to the Skånska konstnärlaget exhibition organised by Malmö Museer. One of her paintings portrayed St Dunstan. Following her religious conversion ten years later, her work would increasingly come to include saints as a motif. She later began a lengthy artistic service for the Catholic Church, often producing paintings of various local saints for church buildings which were erected in the first half of the 1900s.

Oscar Trapp died in 1916. Two years later Gisela Trapp donated most of Fredriksdal to Helsingborg city. The intention was to set up an open-air museum as well as to create a botanical garden on the site. A few miles south of Fredriksdal was the so-called Henckelska garden, an area of land which was also known as Munkavången as during the middle-ages it had belonged to Helsingborg’s Dominican monastery. Financial donations from Gisela Trapp’s mother, Ida Henckel, enabled the beginning of construction work in 1926 towards building a Catholic church on the site, on land which Gisela Trapp had donated to the newly-established congregation. The Swedish Jesuit priest Berndt David Assarsson was a driving force behind the setting up of the congregation. He became a close friend of Gisela Trapp. In 1928 the new church was inaugurated by Bishop Johannes Erik Müller, who similarly became a good friend of Gisela Trapp.

During the 1920–1921 period Gisela Trapp had already had a chapel built on her plot at Arild. This was a miniature version of the medieval chapel which already existed in the village. She decorated the interior with images depicting the medieval legend of Arild. Gisela Trapp also supplied wall paintings for Helsingborg’s St Clement’s church, portraying a heavenly Jerusalem. These paintings vanished, however, during the rebuilding and renovations of the church in the 1960s. A Catholic church was built in Oskarström, Halland, in 1925 and Gisela Trapp supplied both the altar painting and interior paintings. Much of this has subsequently been painted over during various renovations.

In 1921 Helsingborgs museum organised an exhibition of Gisela Trapp’s art in which nearly all the pieces were of a religious nature. This was her last major exhibition. Although she continued to paint she ended her membership of all the art associations which she had previously joined. She continued to produce illustrations, for example for books by Augustin Kock and Berndt David Assarsson, as well as for journals such as Credo and Hemmet och helgedomen, published by the Swedish Catholic Church. Despite the change in motifs, her work continued to reflect her love for animals, just as the earlier humorous elements in her work also remained part of her later output.

Gisela Trapp carried on spending intermittent periods living at Fredriksdal in Helsingborg, right up to the outbreak of the Second World War, at which point she went to live in Arild. She also had access to housing through the Catholic congregation in Helsingborg. Gisela Trapp gained public recognition from her home town in 1952 when she was awarded the so-called Helsingborg medal. This was an honorary award which had first been awarded in 1949. She was one of the first women to receive the medal.

Gisela Trapp remained active as an artist until her death in 1958. She is buried in the Gamla cemetery in Helsingborg. She continued making donations throughout her life. She donated her entire property at Arild – comprising two houses and a chapel on an extensive plot – to the Swedish Catholic Church. 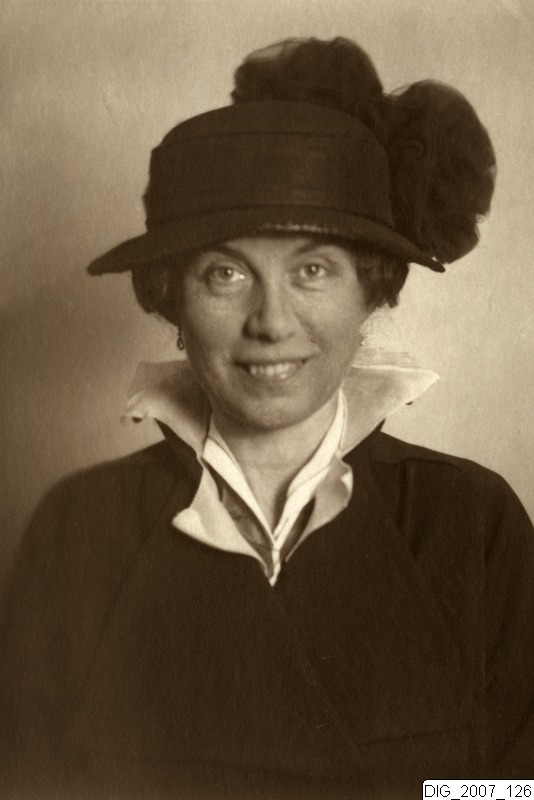