Greta Andrén was a deaconess, nurse, missionary and author, as well as the founder of the Swedish theological institute in Jerusalem. Through her work, she represented the reconciliatory contribution carried out by many Christian organisations after the second world war.

Greta Andrén was born on 4 March 1909 and grew up on the west coast island of Marstrand. Her mother worked in accountancy and her father worked in herring export. Her later teens were marked by her father’s early death in 1924 and her best friend’s death a few years later. After taking her lower school certificate, she studied biblical Hebrew, English and German at Gothenburg College (now the University of Gothenburg). At the age of twelve, she experienced being called to be a deaconess and with that aim, she continued her studies at the Gothenburg deaconess institute (now Bräcke diakoni). Greta Andrén probably came across Jewish life and culture in Gothenburg, where the Israel mission was also active.

Greta Andrén’s interest in Jewish-Christian relations awoke when she met Jewish patients at Ersta hospital in Stockholm in 1934. Since she had come in contact with the Israel mission’s office, her career took a new turn. In December the same year, she travelled to Vienna to work at the Israel mission’s station there. In May 1935, she returned to Sweden firstly to be ordained as a deaconess and thereafter to be ordained as a missionary. As an unmarried woman, Greta Andrén was expected to have her home in the sisters’ home at the mission in Vienna.

In Vienna with its Jewish character, the mission was aimed at secularised Jews and Jews married to Christians. The mission carried out its work at that time through outreach, which included among other things social support and belonging to a congregation for the christened Jews. “Sister Greta”, as she was now called, had varying assignments. She partly did outreach work and partly taught women, especially in the “young people’s circle”. She also played the organ at the Sunday services. Greta Andrén regularly wrote articles and greetings in Missionstidning för Israel.

When Hitler’s Germany occupied Vienna in March 1938, life changed for both the Jews and the missionaries. Nazi Germany’s race and segregation laws were introduced and the “Christians of Jewish birth”, as they were called at the mission, had a problematical situation. They had been disowned by the Jewish community and they were persecuted by the Nazis. The mission’s operations now turned to refugee aid, especially assistance with visas and leaving the country. It was easiest to organise permission for children and young people to leave the country. Greta Andrén witnessed how members of her women’s and young people’s circles left Vienna, either as refugees or as deportees to ghettos and camps in Poland.

In the book Ett Kristus-brev: Gerty Fischer in 1944, Greta Andrén recounted the fate that struck Gerty Fischer. She was christened but was deported in February 1941 and probably murdered in Kielce in August 1942. Greta Andrén’s book awoke attention and new editions had to be printed. It was also translated into other Nordic languages and into German. After her return to Sweden in 1941, Greta Andrén was a regular lecturer and well known to Christian Swedish audiences.

After the war, Greta Andrén was able to return briefly to Vienna in 1946. Then she also travelled around in post-war Germany to investigate aid needs and the reestablishment of the mission’s work. The same year, she was called to a new assignment by the Israel mission: to establish a Swedish institute in Jerusalem. The Israel mission’s plans for a combined study and mission centre would however prove to be difficult to carry out. The civil war escalated during the final years of the British mandate.

In May 1946, Greta Andrén arrived in Haifa by boat. Her assignment was to find premises and make contacts for the institute and to learn modern Hebrew. Greta Andrén documented her travels in the country with photographs and colour film. Part of the material was published with travel depictions in the books På bibliska platser in 1947, and Palestinabilder in 1949.

The matter of premises was solved by the Swedish consul “Lewis” Larsson, who had arrived with the Nås people in 1896. It turned out that the missionary Hilda Andersson’s house Svenskbo on the Mount of Olives was unsuitable for student activities. Lewis Larsson made the upper floor of the Swedish consulate in Nablus Road available instead. There Greta Andrén and the first director, Harald Sahlin were able to live, despite the increasing unrest. The sound of explosions was often heard, as was shooting. In September 1947, a bomb exploded outside the Swedish consulate. Nobody was injured but life in Jerusalem was no longer considered safe.

On account of the unrest, they were unable to start any study programmes, but the missionary work continued together with the organisation The Church’s Ministry Among the Jewish People (CMJ). Greta Andrén often attended the Anglican congregation at Christ Church, situated just inside the Jaffa Gate. There existed an established missionary enterprise for the Jews. Hilda Andersson and the English missionary Hannah Hurnard also belonged to the congregation.

Two Jews were christened in Jerusalem through Greta Andrén. This was to lead to problems. The British administration was about to leave the country and the chaos was increasing. Rumours circulated about kidnappings of Jews who had become Christians. Missionaries feared a massacre of those Jews. They contacted the British authorities with the aim of evacuation. Greta Andrén returned to Sweden to hurry along the evacuation via the Israel mission’s Stockholm office. Evacuation took place in April and May 1948 under the name “Operation Mercy”. About 100 persons were transported to Haifa for further transport by ship to England. This group of christened Jews never returned to Israel.

In November 1949, Greta Andrén returned to Jerusalem. After the cease-fire the same year, the city was divided into an Arab-Jordanian zone and a Jewish-Israeli zone. With Göte Hedenquist, a colleague from the time in Vienna, she negotiated with the Israeli department of education and was given permission to start activities as a research and study institute. The condition was that no missionary enterprise was allowed. A suitable property was found. That was the landmark Beit Tavor (Tabor’s house) in the street of the Prophets, in the Jewish zone. The house was almost empty and they succeeded in renting parts of the property. Hans Kosmala, another of Greta Andrén’s colleagues from Vienna, became the director. Greta Andrén was appointed matron.

The first students began their term of study at the Swedish theological institute in Jerusalem in February 1951. The rooms and building had been renovated and a kitchen set up, but conditions were not comfortable. There was food rationing and it was difficult to store fresh foodstuffs. Through planning and inventiveness, Greta Andrén succeeded in establishing routines for food and housework. When Swedish tourist groups began to visit the institute, the pinnacle was Greta Andrén’s lecture “Landet, Folket och Boken”.

That the institute soon won the recognition of the Israeli authorities and general public was to a great degree thanks to Greta Andrén. She built up an extensive network of contacts in Jerusalem. Greta Andrén was often mentioned as a second ambassador for Sweden. She was rewarded with the Order of Vasa in 1960. Official visits to the institute were not lacking either. Israel’s president Yitzchak Ben-Zvi visited it as did the Swedish prime minister and his wife, Tage and Aina Erlander, in March 1962.

The Swedish theological institute was the first Christian institute founded in Israel and it contributed to a trustful dialogue between Jews and Christians. Most of the students experienced their term of study as an eye-opener on Judaism and Israel as a country. To the institute’s agenda belonged tuition on antisemitism and the participation of Christendom in the hatred towards the Jews. Every term, Greta Andrén gathered the students together and recounted her own experiences from Vienna during the Hitler period. The change from the mission’s instrumental attitude to Judaism to sympathy for Jewish faith and life was now obvious and explicit.

After 20 years as matron in Jerusalem, Greta Andrén returned to Sweden in the autumn of 1971. She was then gravely ill. She died on Marstrand on 31 October. She was buried in her parents’ grave in Koön Cemetery. 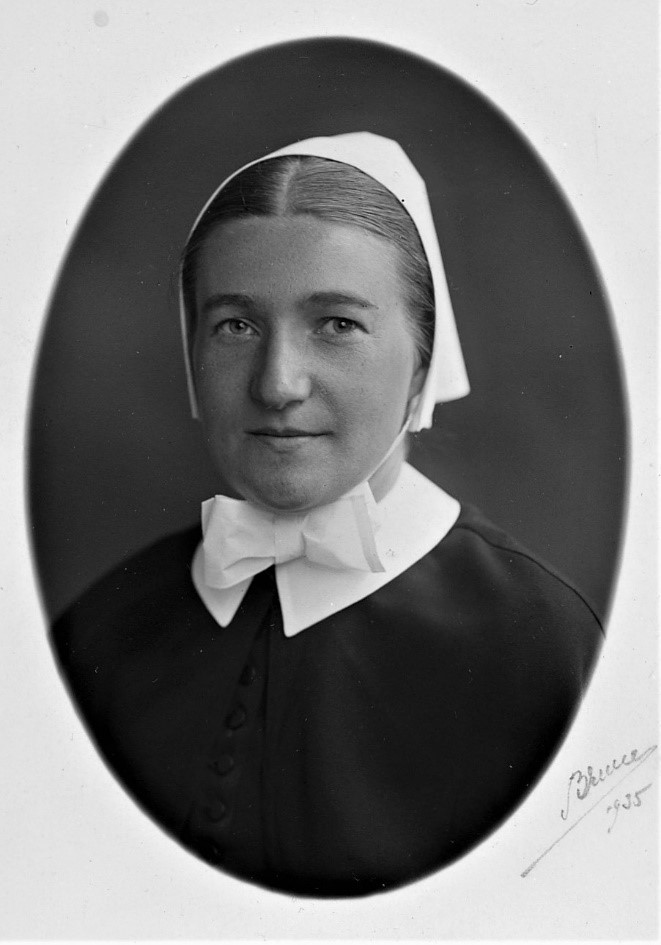