Greta Hofsten was editor-in-chief and publisher of the Folket i Bild/Kulturfront magazine at the time of the highly publicised revelations about the IB secret service. She also worked as a child welfare assistant, an agency director for Arbetsmarknadsstyrelsen (AMS, national labour market board), an author, and a postal worker.

Greta Hofsten was born in Stockholm in 1927. She and her five siblings were brought up in a bourgeois home in Djursholm: the family included three older brothers, a big sister and her twin, Karin. Two of her brothers were also twins. Her father was the film director Eduard Bagger-Sjöbäck and her mother, Edith (née Bagger-Jörgensen) who was of Danish ancestry, was a housewife who was a qualified physiotherapist. After Greta Hofsten’s sister Inga Thorsson (who was twelve years her senior) – later a Social Democratic party politician and civil servant – joined the peace movement in 1935 and then the Social Democratic party the following year, the whole family bar one brother also joined the party. In 1942 the family moved to Malmö where Greta Hofsten began to attend girls’ school, gaining her school-leaving certificate in 1945. A few years later she too became a Social Democratic party activist.

At the age of 18 Greta Hofsten fell pregnant to her teacher, Henrik Petrén. The couple married in March 1946, just a few months before their son Finn was born. They settled in Helsingborg, where their second son Kåre was born in 1948. Shortly thereafter Greta Hofsten began to commute to Lund where she studied philosophy and sociology at the university. She got divorced in 1950 and then Greta Hofsten and her two boys moved to Lund where she completed her university studies. The next year the little family moved to Kalmar where she began to work as a child welfare assistant, all the while increasing the level of her political engagement. In 1954 she was elected onto the city council. During the summer months Greta Hofsten would spend long periods in Paris whilst the children went to live with their father.

In 1957 Greta Hofsten married for the second time. Her second husband was Erland Hofsten, a statistician who was a member of the Socialist party. The couple moved to Bromma but their marriage failed after only six months. Greta Hofsten then began to work as a counsellor for Riksförbundet för sexuell upplysning (RFSU, Swedish association for sexuality education), although she resigned just a couple of years later in solidarity with the organisation chair, Elise Ottesen-Jensen, who had been forced out following intra-organisational disputes. Greta Hofsten then became employed as a trainee careers advisor with AMS where, after some time, she was eventually appointed section director.

During the 1960s Greta Hofsten experienced both religious and political awakenings, the consequences of which marked the rest of her life. She had been religiously active during her teenage years and had regularly attended church only to abandon the Christian faith after her confirmation. She withdrew from the Swedish Church as soon as it became possible to do so, declaring herself an atheist. Both of her weddings had been registry-office weddings. However, in the early 1960s, to the shock of those around her, she was “struck” by Christianity and from around 1965 onwards she began to attend services every Sunday, viewing Christianity as “more radical than any political ideology”. To her, belief in the crucified Christ became the only reasonable way to deal with the global need she saw all around her. She depicted her re-conversion in her book Samtalsvis, published in 1969, a spiritual diary which she had handed to her friend Gunnel Vallquist who then, in turn, passed it onto the Albert Bonniers publishing house. The book was overwhelmingly positively received in the press and several reviewers compared Greta Hofsten to the French mystic Simone Weil – who is also mentioned in the book.

At this time, in a display of frustration regarding global injustice, Greta Hofsten began to donate half of her salary to aid organisations. In the spring of 1970 she resigned from the Social Democratic party which she had come to see as increasingly insincere and joined the Communists instead. Eventually she also resigned from AMS, after having served as a co-author of a report which highlighted the view that the agency’s training courses should be open to all on low-income, not just to the unemployed. The report and its compilers were harshly criticised by the AMS hierarchy. Thus, in the autumn of 1971 Greta Hofsten became unemployed following her twelve years’ service to AMS.

That same year the Folket i Bild/Kulturfront association was set up, seeking to defend the right to free speech and free press. In April 1972, following Jan Myrdal’s one year stint as chair and publisher of the association organ Greta Hofsten took over the reins. This was an unpaid post, as were the hours she spent tirelessly hawking the magazine, sometimes standing outside of Åhléns department store in Stockholm. For two years Greta Hofsten survived on unemployment benefit. She then took a job as a postal worker, which then remained her primary source of income until she retired.

As the publisher of the association organ it was Greta Hofsten’s decision to publish articles on IB, the secret service information organisation. These public revelations led to Jan Gillou, Peter Bratt, and their source Håkan Isacson being condemned to prison for spying. After Folket i Bild/Kulturfront published yet another article, in which Jan Myrdal harshly criticised the Supreme Court’s decision not to question the judgement, Greta Hofsten was charged with breach of the press laws in the autumn of 1974. The Attorney General levied charges of “forbidden expression in the printed format, comprising lies about the authorities”. Nevertheless, following the trial, held on 17 January 1975, Greta Hofsten walked out a free woman and then went on to document the whole legal process in detail in her book Folket i Bild/Kulturfront mot justitiekansleren, published by the Kulturfront publishing house in 1976. The following year she resigned from her position within Folket i Bild/Kulturfront.

Greta Hofsten married for a third time in June 1976. Her third husband was Gustaf Wingren, who was 17 years her junior and a professor of systematic theology. They couple moved to Lund and exerted major influences on each other’s intellectual development. He provided her with theological terms to use in her personal reflections whilst she shared her practical experiences of socio-political reality with him. According to Bengt Kristensson Uggla’s biography of Gustaf Wingren Greta Hofsten’s influence over Wingren was crucial in regard to the development of his theological thoughts. Wingren himself experienced a series of terminations: he gave up the priesthood, he resigned from his professorship, and he abandoned his first wife in order to marry Greta Hofsten. He also became politically active, as shown, for example, when the Hofsten/Wingren couple attended demonstrations outside Barsebäck nuclear power station. The couple published several books together which highlighted their distinctive voices and intellectual styles whilst also allowing them to complement each other. His contributions tended towards theological reasoning and Bible-oriented approaches whilst hers were more empirical. They also led religious services together on the radio.

Greta Hofsten and Gustaf Wingren also played a part in setting up the Kristna för socialism (Christians for socialism) association in 1974. Greta Hofsten became the publisher of the association organ entitled Nålsögat. She viewed the non-Christian form of socialism as lacking in forgiveness, a road forward for those who had failed despite good intentions. In an interview for the Svenska Dagbladet newspaper in 1990, Greta Hofsten explained that “Because one’s heart breaks at the sight of a starving child does not make one a Christian, but perhaps the realisation that one has been blind to many things and yet must learn to live with oneself leads one to become a Christian”.

Greta Hofsten was torn between the left-wing and Christian worlds, into a place where not many could see there was a point in common. Indeed, the choice to begin working for the post office following her resignation from AMS rather than looking for a new position within the official sphere was a direct result of her spiritual and political awareness. By taking on this kind of job she could deeply learn the soul-destroying and physically demanding conditions which the majority of people toiled under whilst also serving others by delivering their mail and escaping the pressure associated with being a director. Greta Hofsten’s conscientious approach did not find acceptance across the board but those who were close to her could see that she exuded a genuine desire to combine life with learning, which in no way stopped her from enjoying life.

Greta Hofsten died of leukaemia in 1996. She is buried at Fredentorp burial ground in Lund. 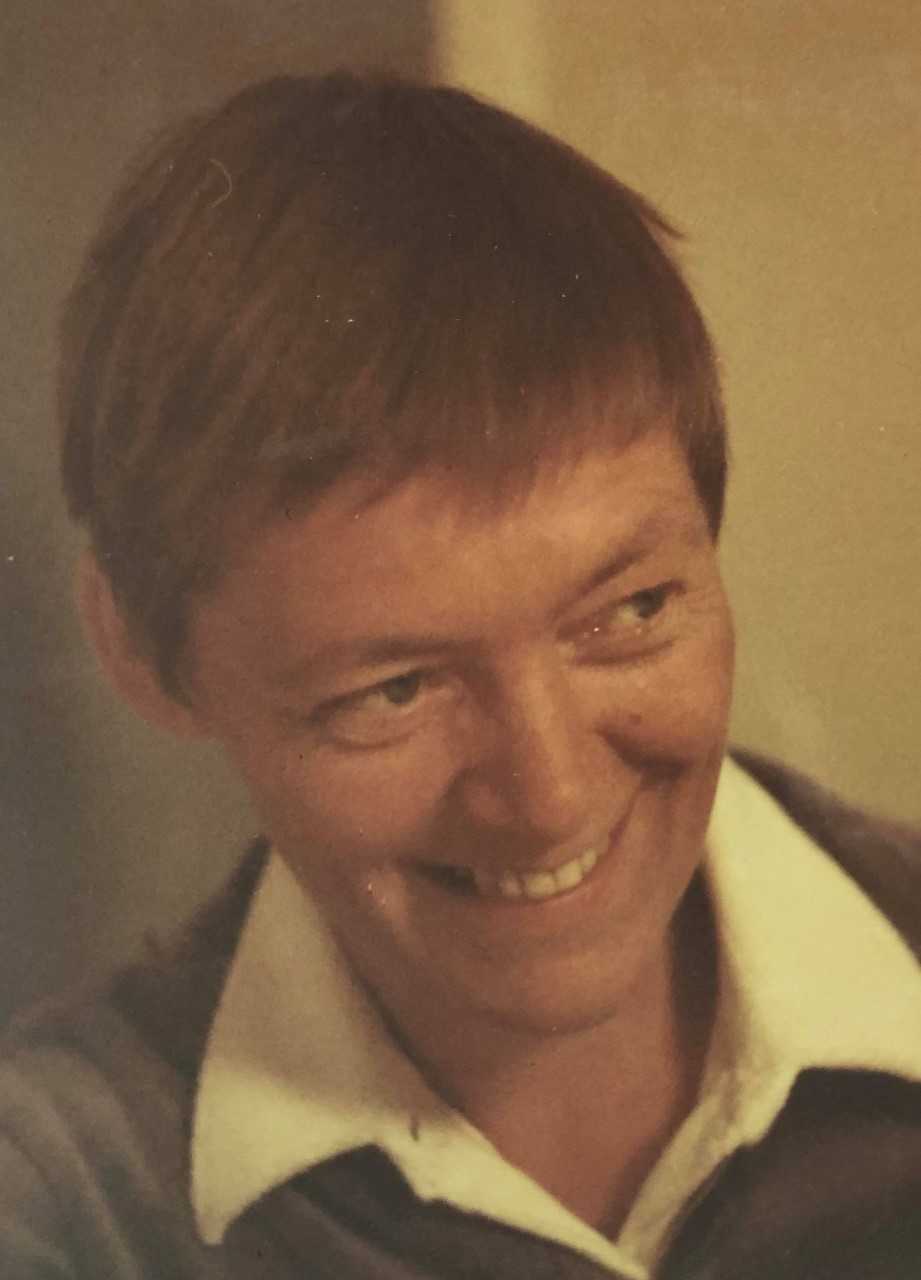