Greta Molander was a Swedish-Norwegian rally driver who competed from the 1930s until the 1970s. She was a pioneer in her field and was considered to be a right terror behind the wheel. When she was not competing in world-class rally events, or living the jet-set life in the USA, she wrote travelogues and children’s books which she illustrated herself.

Greta Molander was born Greta Gunhild Lovisa Ohlson in Ystad in 1908. She was born in room number 42 of the Hotel Continental du Sud, which was owned and run by her parents. Her father, Olof Severin Olsson, had been born in Bullaren, Tanum in 1873 and her mother, Sigrid Gunhild Malvina Ohlson had been born in Linköping in 1880. Greta Molander was orphaned when she was 22 when both her parents passed away within a short time of each other.

Her parents were well-off and Greta Molander was left a very significant inheritance, including a seven-room apartment, three cars, and a domestic servant. She never took any particular interest in school work and following studies in Nyköping she moved to Stockholm where she proceeded to live life to the full. She married Walter Molander, a man who was 15 years her senior and worked in advertising at Bonnier publishing house. Without Greta Molander’s knowledge he invested a large portion of her inheritance in what became known as Kreugerconcernen (Kreuger concern). Following the well-known Kreuger crash of 1932 Greta Molander lost everything, and this led her to divorce Walter.

Greta Molander was now forced to sell most of what she owned but she nevertheless opted to retain one of her father’s fancy cars. This was a large LaSalle, built by Cadillac, and had previously been driven by the family chauffeur. Greta Molander, as luck would have it, had already learnt to drive when she was a teenager, which was unusual for a woman at that time. She made her rally debut in 1929 already, racing in the Vecko-Journalen magazine ladies’ driving competition in which she came last. Despite this result she had got a taste for speed.

Following the Kreuger crash Greta Molander was in dire need of money and thus entered races offering cash prizes. She borrowed a Plymouth from a car company so that she could carry on racing and regularly achieved decent results. In January 1933 she made her debut in international racing in the famous Monte Carlo rally. Later that autumn she enjoyed the most important victory of her life, making her internationally famous, when she won Rikspokalen, not just within the ladies’ section but as the overall winner. Her actual international breakthrough came in 1937 during her fifth Monte Carlo rally when she won the ladies’ Coupe des Dames trophy driving her Plymouth. Subsequently she remained at the top of the results list for quite some time, amassing fame, prize money and winner’s cups.

Greta Molander was an adventurer and good-natured. Her courageous lifestyle and her dyed blonde hair were both indications that she was ahead of her time and it was not long before she became one of the most talked about Swedish women. Further, she was also known for her tendency to drive too fast even when not racing. She travelled the globe in the company of her navigating friend Helga Lundberg but she also travelled alone. For example, in 1934 she travelled along the shores of the Mediterranean sea to Jerusalem, and the following year she travelled throughout the USA. Doing the kinds of things that other women did not dare to do, as well as her many rally victories in Europe, made her famous both there and later on in the USA as well.

In the USA she spent some time working as a stunt woman in Hollywood, living the jet-set lifestyle, getting invited to exclusive parties which the ‘right’ people attended. She was good friends with Clark Gable and she even accompanied Ernest Hemingway on his fishing trips from time to time. However, the great love of Greta Molander’s life was Kaare Jahn “Petrus” Barth, a Norwegian author who was two years her junior. They moved to Norway together in 1938. Actually she was only temporarily in Norway, over Easter, at Tyin Hoyfjellshotell, and the plan was for her to return to Cannes. However, by deciding to remain in Norway Greta Molander gave up a life of luxury on the French Riviera in favour of living with Kaare in Sandfjord’s oldest house. Theirs was a happy marriage which was apparently quite an unusually modern and non-judgemental union when it came to views on faithfulness.

She remained an adventurer and in 1949 she drove across the African continent, from south to north. Three years later she drove across Mexico. She documented her journeys in a very personal manner through text and drawings which were later published in book form. Greta Molander translated books from English into Norwegian, including some written by her friend PG Wodehouse. Her children’s books, which she also illustrated, were the result of collaborative efforts between her and Kaare. During the Nazi occupation of Norway Greta Molander sometimes helped friends in the resistance by hiding them in her apartment. She was also imprisoned by the Gestapo for three months, accused of attacking a German officer.

The launch of Saab’s new car model 92 onto the market in 1950 was done by having two Saab cars compete in the Monte Carlo rally that year. Greta Molander was selected to drive one of them whilst Rolf Mellde, race-driver for Saab, drove the other one. This was the start of a long and successful collaboration between Greta Molander and Saab.

Greta Molander competed in the Monte Carly rally from 1933 onwards. In 1953 she became the women’s champion in the first European championships. In 1962 she participated for the last time in the ladies’ section of the MC rally. In 1986, marking the Svenska Bilsportsförbundets (Swedish carsports federation) 50th anniversary, Greta Molander raced in her 1936 Plymouth and in 1987 she celebrated the 50th anniversary of her first win in the Monte Carlo rally with the same car in Monaco.

When she came to the end of her racing days she ran a health hospice in Sandefjord for a time whilst also writing and illustrating causerie-style articles for the daily press. She was known for her wonderful understated sense of humour. In Norway the Greta Molanders Aereslopp is run every year in her honour. This has become the biggest race in Norway for women drivers.

Greta Molander died in 2002 in Sandefjord, Norway. She was 94 years old. 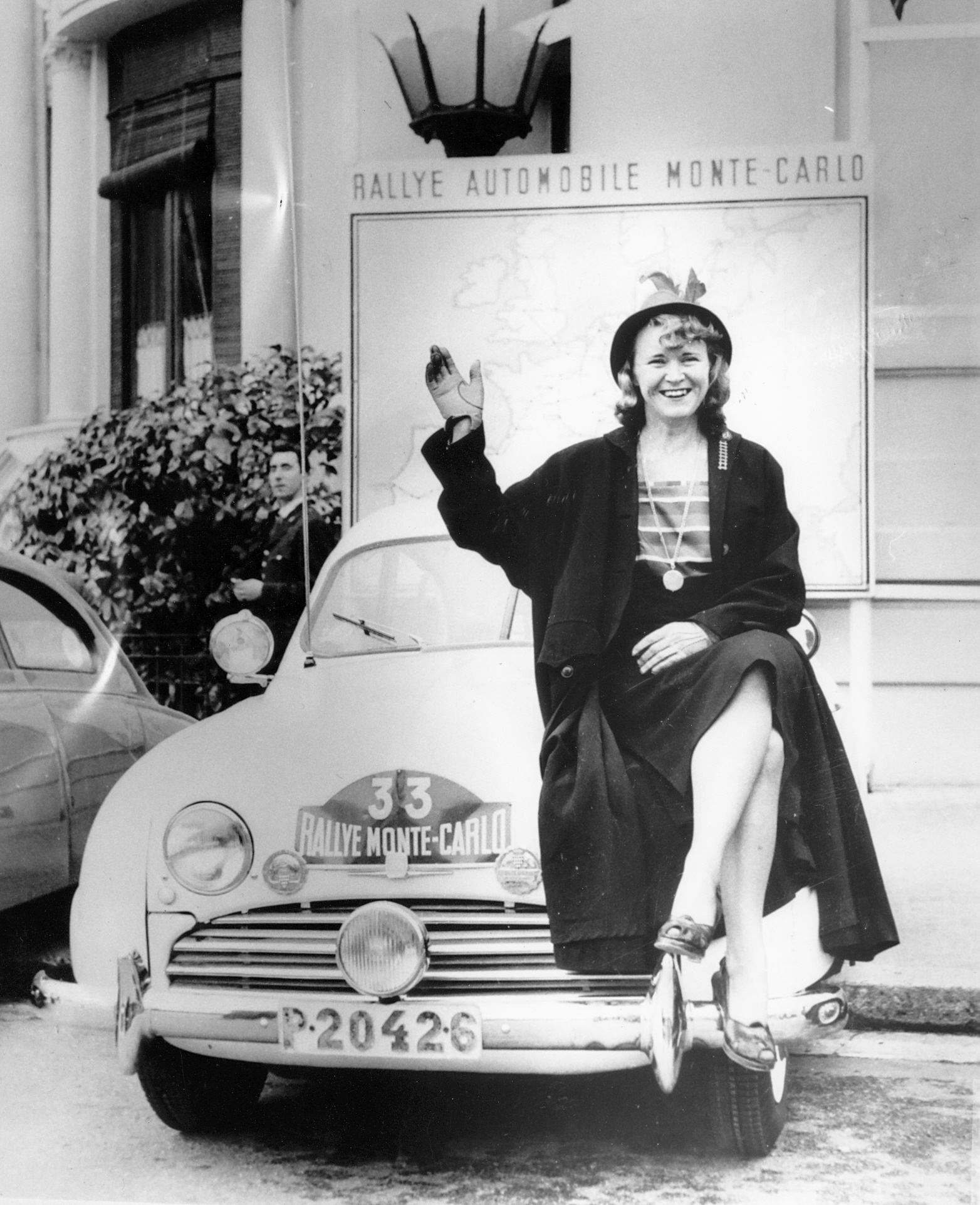