Gudrun Seitz was the first Swedish child psychotherapist. With inspiration from international psychotherapy, she developed a method for treating children, the so-called sandpit therapy.

Gudrun Hedvig Seitz was born in 1912 as the fourth child of Hedvig Kjellberg, née Skjöldebrand and Jonas Kjellberg. She grew up in a well-off and privileged family in Frielsberg outside Lidköping. Their father was the owner of Storeberg manor estate and apart from that a jury member. He was a member of the church council and the school council and the curator of Silvie donation. Their mother was a housewife. The couple had married in 1903 and apart from Gudrun Seitz they had four other children in 1904–1914: Harriet Elisabeth, Jonas Fredrik, Jonas Sven and Jonas Gustaf.

In 1923–1929, Gudrun Seitz was a boarder at Tyringe boarding school in Hindås outside Gothenburg for studies that were completed with her matriculation in 1929. The year after, she moved to Grenoble in France to a finishing school to complete her education in French, among other subjects. In 1936, she moved to London to study psychology. She was trained for nine months in Charlott Bühler’s diagnostic methods. In 1938, Gudrun Seitz was awarded her diploma in psychology at London University. During her stay in London, she deepened her understanding of Jungian thought.

Gudrun Seitz married the art historian Heribert Seitz in Strängnäs in 1940 and the year after, their first child Lars-Heribert was born. Their second child Carl-Gustaf Heribert was born in 1944. From 1942, Gudrun Seitz worked as an assistant at the Ericastiftelsen’s institute for healing pedagogy. The pioneers at the Ericastiftelsen, among others Hanna Bratt and Gudrun Seitz, used the sandpit as early as the 1930s and 1940s in their psychotherapy work with children. Their inspiration came first and foremost from Great Britain. At the Ericastiftelsen in Stockholm, work had been ongoing since the 1930s for so-called problem children. Counselling and play therapy were offered to children and parents, in which especially the sandpit was an important ingredient. The Erica method, as it was called, had as its point of departure that a child could construct its own world in a sandpit with a large number of toys. From 1949 onwards, the material consisted of 360 defined toys and a questionnaire to be filled in with observations of the child. The method, that is non-verbal, was a way for therapists to communicate with children in other ways than the verbal. The main point of the exercise was to allow the child to create its own world.

The method developed by Gudrun Seitz at the Ericastiftelsen has been partly described by herself, even though her own publications are few and far between. Her pupils have provided more detailed descriptions. Not least Barbro Olofgörs and Ulla Sjöström have both described and investigated Gudrun Seitz’s methods. In the book Barnpsykoterapi. Gudrun Seitzs barnpsykoterapeutiska metod sådan hon utvecklat den vid Ericastiftelsen. En studie i metodens bakgrund med en härledning av dess hypoteser samt med utvecklingspsykologiska och inlärningspsykologiska paralleller from 1968, the method and how it developed during the more than 20 years that she was active in the Ericastiftelsen was described. Gudrun Seitz was especially interested in two fields: aggression and sexuality. These two fields had obvious links to Freud. Olofgörs and Sjöholm show that during the 1940s, sexuality was the dominant theme in Gudrun Seitz’s work, while in the 1950s it was toned down and other focus areas took over. During the 1960s, sexual problems were not considered more significant than other problems.

Even though Gudrun Seitz took her inspiration from her Swedish colleague Hanna Bratt and the British psychologists for whom she had studied: Melanie Klein, Anna Freud and Margaret Lowenfeld, the method that she developed was her own version. Gudrun Seitz’s sandpit method was characterised by the acceptance of all the child’s feelings and expressions, and that the therapist remained ‘passive-active’ or ‘half a step behind’, but at the same time set limits. The two concepts ‘passive-active’ and ‘half a step behind’ were defined by Gudrun Seitz. The method was established as a conventional form of treatment, but also met with criticism. Critics considered that her method would encourage or provoke impulsive and regressive outbursts from children. The sandpit method caused children more easily and quickly to intake an openly aggressive attitude against which the initial technique was not effective enough to break off the ongoing condition. Gudrun Seitz then developed a new way of attacking the problem – namely by using the outbreak of aggression therapeutically. She behaved in a friendly but firm way by setting limits. In those situations in which the child’s aggression was turned towards her, she fended it off in a friendly but just as firm manner. To protect herself and to stop the child from escaping, the child was held tightly on her knee. When the child had calmed down, the work could begin again.

In 1962, on Gudrun Seitz’s initiative, a further training seminar was started for child psychotherapists with strong Jungian elements. At that seminar, Gudrun Seitz taught many of her views and her working methods. Ulla Sjöström and Gösta Harding also contributed generously to the seminar with their experiences. Apart from Hanna Bratt and Gösta Harding, Allis Danielson was an important collaborator for Gudrun Seitz. At the beginning of the 1960s, Gudrun Seitz had made contact with the internationally known psychologists Marie-Louise von Franz and James Hillman. Marie-Louise von Franz worked with Jung until 1961 and also founded the C. G. Jung institute in Zürich where James Hillman was the director until 1969. These two central persons were to be invited to the seminar, but the plans were hindered from fulfilment by Gudrun Seitz’s death.

Gudrun Seitz died in 1965. She lies buried in Tådene Cemetery in Södra Kållandsö parish, about twenty kilometres from Frielsberg where she grew up. 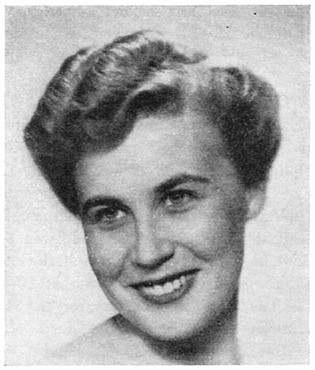