Gunilla Pontén was a fashion model and an actress, and above all she was an internationally successful fashion designer.

Gunilla Pontén was born in 1929 in the wealthy upper-class district of Östermalm in Stockholm. Her father Birger Pontén was a lieutenant with a low income and her mother Ellen Nordlöf came from a wealthy family and was a housewife. On account of her mother’s money, the family was able to live in a large flat in Östermalm. Gunilla Pontén had three brothers: Jan, Peder and Tomas Pontén. Their father was later promoted to colonel and Regimental commander for P4 in Skövde, which led to the family moving there in 1939 and living there until 1946, when they moved back to Stockholm. On account of their father’s work, they had spent one year in Halmstad and one year in Visby before their move to Skövde. When the family moved from Skövde, Gunilla Pontén had to remain as a boarder at a classmate’s home in order to complete her schooling. In Gunilla Pontén’s family, it has always been rumoured that her biological father was really an officer and count who was a friend of the family. In her memoirs, it also appears that she had half-siblings with whom she socialised as an adult.

As young as the age of ten, Gunilla Pontén decided that she wanted to work at creating clothes. In her early teens, the family had a home seamstress who sewed all the garments that she designed. In Skövde, she attended the municipal girls’ school and there she stood out with her own creations. In 1947, Gunilla Pontén was noticed by Marianne Höök, a journalist on the weekly magazine Damernas Värld. She was photographed in her own creations and the photos were published in the magazine. After that followed a successful career as a photo model. She and Kerstin Lokrantz were Sweden’s most frequently hired teenage models. Gunilla Pontén became a teenage idol through her modelling and she had her own fan club. She had besides her own column in the weekly magazine Veckorevyn. Through NK’s Ladies’ Tailors she was also hired by the fashion creator Emilio Pucci as his only Swedish model. This resulted in an eight-month-long stay in Italy in 1952 and 1953, working as a model. She also designed some garments for Emilio Pucci. In 1954, she travelled to Paris and received offers to work for the French magazine Elle. Gunilla Pontén chose however to return to Sweden to marry Dag Palmcrantz, an estate owner. The marriage did not last long, and Gunilla Pontén remarried in 1963, this time Lars Magnusson Lindgren, a director. In 1984, she married for the third time, her choice this time being Ulf Enquist, a business man. Gunilla Pontén had four children: Matilda, Beata, Måns and Niklas.

Gunilla Pontén was introduced at court when she was 24, as was usual for aristocratic girls in that day and age. She created a sensation with her dress, designed by herself, that was very unconventional. It was inspired by Balenciaga and was called ”the court shock” in the newspapers and magazines. She landed on the front page of the major Swedish daily newspapers Dagens Nyheter and Svenska Dagbladet, and photos of Gunilla Pontén clad in that dress were spread throughout Europe.

Gunilla Pontén was educated at the Femina school of needlework and the tailoring school Tillskärarakademin. In 1948, she started on the fashion programme at Anders Beckmans skola (currently Beckmans designhögskola). From the 1950s until the 1970s, when she started her own company, she worked as a designer at various Swedish fashion companies. Her first collection appeared in 1955. It was not a success, which has been explained as her design being before its time. After that, things went better and her simple garments for young people, surprising in their contrasts, made a great hit.

Gunilla Pontén has been attributed great significance for the development of Swedish teenage fashion. According to her, Swedish youth fashion was in very bad shape in the 1960s. The Swedish fashion industry lay way behind ”Swinging London” with among others Mary Quant’s youthful fashion, and Gunilla Pontén wanted to change all that. She wanted to get away from the boring old women’s fashion that she considered as typical of the Swedish market.

It was Gunilla Pontén’s playful, colourful and unexpected garments that made her design desirable. She worked for a great number of Swedish fashion companies like DeHå, Saléns, Martinette, Stilmönster, Hettemarks and Wahls. In the mid 1960s, Gunilla Pontén designed collections but not under her own name. In the collections were trouser suits, minidresses and long cardigans in various materials like ribbed knitwear, raw silk and terrycloth. Bloomingdale’s in New York ordered 6,000 garments from one of the collections. One of the garments decorated the cover of Elle. She also designed clothes for Swedish films and theatre performances, as well as men’s clothes for Rydboholms during the 1970s.

At the beginning of the 1970s, Gunilla Pontén started her own company. She had fifteen franchise boutiques of her own, in Stockholm and abroad. She also worked as a designer and colour coordinator for H&M. Her break-through as a fashion creator was great both nationally and internationally.

One side of Gunilla Pontén that is not as well known, is that of actress. She participated in 21 films in which she played supporting roles, for example in One Summer of Happiness in 1951.

Gunilla Pontén died in 2019, at 90 years of age. She lies buried in Lidingö Cemetery. 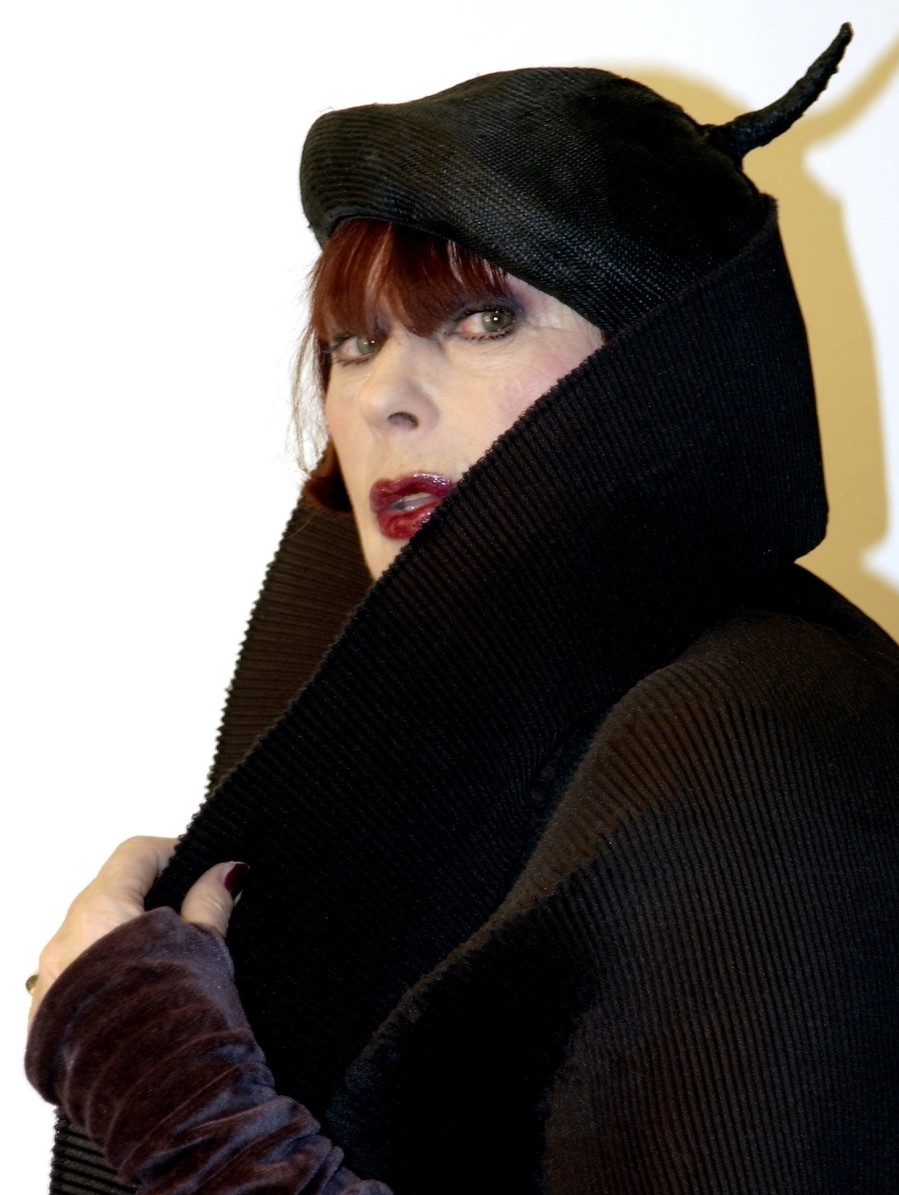