Gurli Linder was an important figure with the Swedish women’s dress reform movement at the turn of the 1900s. She also made a pioneering contribution as a national press reviewer of children’s and young person’s books in the early 1900s.

Gurli Linder was born in 1865 and was the daughter of land-owner Carl Gustaf Peterson and his wife Marie Christine Kavli. She spent her early years at the Irvingsholm estate near Örebro. When she was five years old she and her parents moved to Stockholm. There she was placed in a private school, followed later by finishing school. Her time at the Hammarstedt school seem to have been particularly important. Her 1924 memoire, entitled På den tiden, reveals that Fredrique Hammarstedt served as a fixed element in her life during a somewhat difficult period of her youth. Gurli Linder was only nine years old when her father died and her relationship with her mother was complicated and eclipsed by her mother’s depression.

Gurli Linder spent the period between 1882 and 1885 studying at Högre lärarinneseminariet (advanced teacher-training programme) in Stockholm. There she met Selma Lagerlöf who described the stylish Gurli Linder in a sonnet as “the perfect example of grace and elegance”. The two remained close friends for the rest of their lives. Gurli Linder was also close to Ellen Key. While she was training to become a teacher she also met the founder of the Fredrika-Bremer association, Sophie Adlersparre, of whom she was a great admirer and to whom she later dedicated her 1905 publication Kvinnofrågan i Sverige 1845–1905.

Once Gurli Linder had completed her training she spent a couple of years working as a teacher at girls’ schools before she married Nils Linder in 1887. He was a lecturer in Swedish language and literature and he had been her lecturer on the teacher-training programme. They had three daughters together, named Greta, Estrid, and Tyra. Gurli Linder started a diary for each girl in which she noted her thoughts on the important events that happened in her daughters’ lives. These diaries can be found amongst her papers at Kungliga biblioteket (the royal library) in Stockholm and they provide a good insight into the everyday life of the family during the 1890s.

Gurli Linder belonged to the cultural elite of Stockholm and, like many other bourgeois women before the turn of the 1900s, she was active in various literary associations and reform groups. Her talents were much-appreciated as were her social skills, and she socialised and corresponded with the great poets, artists, and scientists of her time. She was elected into the Nya Idun association, was a member of Handarbetets vänner (friends of handicrafts society), and of Tolfterna. She was active in the Stockholm cultural scene and in her 1918 book entitled Sällskapsliv i Stockholm under 1880- och 1890-talen she humorously described her meetings with well-known cultural celebrities.

In 1887 Gurli Linder became a member of the newly-established Svenska dräktreformföreningen (Swedish women’s dress reform society) which sought to create a healthier style of women’s dress without tight drawstrings, heavy bustles and long trains. In 1890, when the society became part of the Fredrika-Bremer association Gurli Linder was elected onto the board with two other members. Eventually she became a leading national dress reformer. As chair of the association from 1892–1903 she gave a large number of talks and displayed hygienic clothing with models throughout the country. She brought attention to herself during the so-called ‘kjortelstriden’ (garment fight) in Stockholm in 1897 when Svenska dräktreformföreningen along with several hundred city doctors tried to convince the ladies of the city to cut off the long trains attached to their walking dresses.

Gurli Linder’s marriage appears to initially have been a harmonious and happy affair but tensions arose in 1893 when she fell in love with Salomon August Andrée. He was a patent engineer and balloonist. They exchanged love letters and he gave her important advice in 1895 when she was preparing her first public speech on the need for women’s dress reforms. Gurli Linder’s unpublished memoires reveal how important Salomon August Andrée was to her. Following his demise during a Polar expedition in 1897 she took it upon herself to keep his memory alive by writing articles and works on his contributions to society.

Towards the end of the 1800s the relationship between Gurli Linder and her husband became even more strained and their marriage ended in divorce in the early 1900s. As a divorcee Gurli Linder earned her keep by writing reviews of children’s and young people’s books and her many reviews gradually meant that she became an acknowledged authority in the area. She reviewed Swedish children’s and young people’s books for more than 30 years for Dagens Nyheter.

Gurli Linder’s interest in children’s and young people’s reading matters also found expression in two polemical books entitled Våra barns nöjesläsning, from 1902, and Våra barns fria läsning, from 1916. In these she largely distanced herself from the fact that a specific genre of children’s and young people’s books had emerged which influenced their reading habits. She saw this as disastrous for their development and education and she instead sought to give children and young people as much freedom as possible to choose their own literature, also including books which had been written for adults.

Gurli Linder’s activism within social issues was wide-ranging and to posterity she appears to be a typical woman of the 1880s who was strongly determined to reform society in all manner of ways. She gradually also became viewed as one of the most prominent authorities of the intellectual circles of the 1880s. In obituaries and retrospectives she often returned to the culture and society-activities of that time and she would emphasise her belief in the future which characterised her and her generation.

Gurli Linder died in 1947 and is buried at the Norra cemetery in Solna. 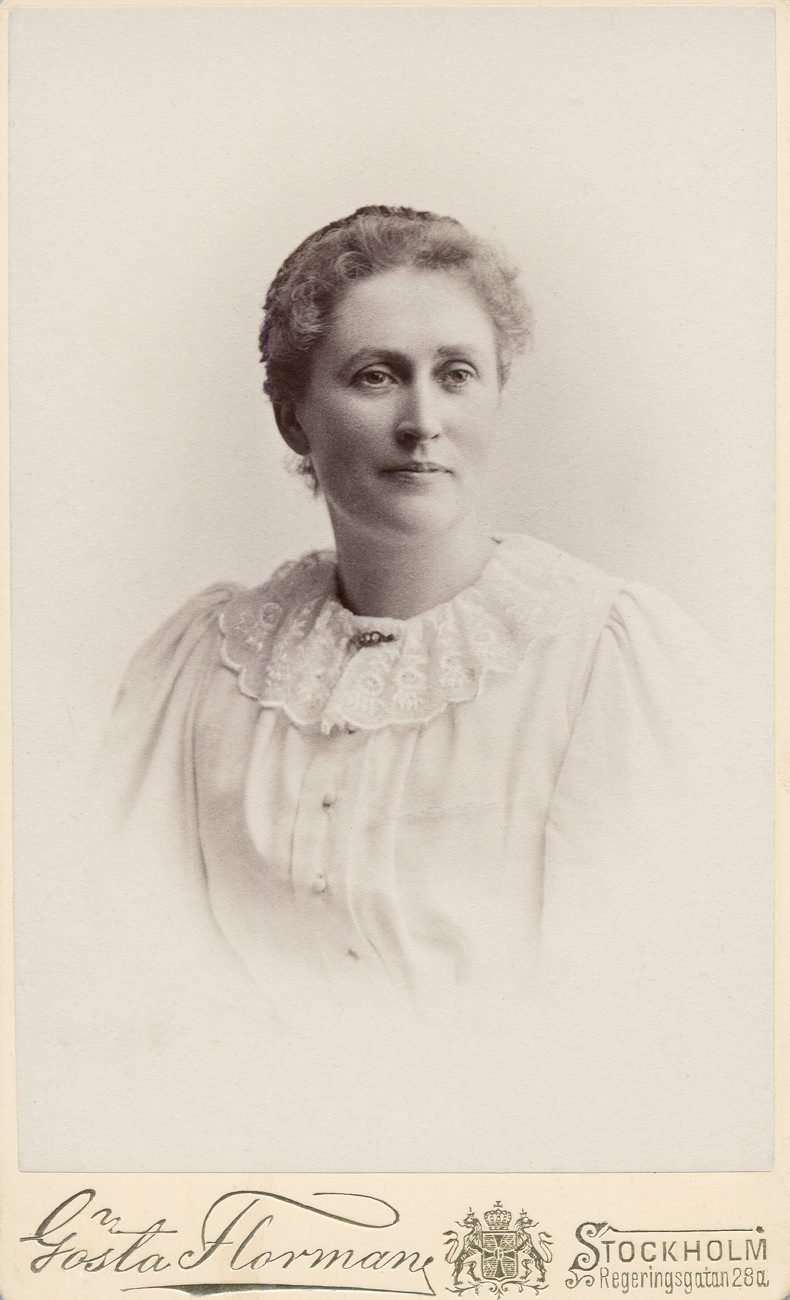