Elisabeth Wærn-Bugge was a homecrafts expert and an author. She was engaged in women’s political suffrage and peace work in the Women’s International League for Peace and Freedom.

Elisabeth Wærn-Bugge was born in 1868 at Billingsfors in the county of Älvsborg. She was the eldest child of Ebba Wærn, née Malmborg and Wilhelm Wærn, works owner and member of parliament. She had four younger siblings but their father died early, in 1876. Elisabeth Wærn-Bugge, who grew up in a liberal and cultured home, completed her elementary schooling in 1885. She studied music in Gothenburg, Oslo in Norway (or Christiania as it was then) and Berlin. She chose thereafter to study watercolour painting with Anna Gardell-Ericson and immersed herself in drawing at the Gothenburg art college Göteborgs musei rit- och målarskola (now HDK-Valand, Högskolan för konst and design).

Elisabeth Wærn-Bugge returned to Christiania to learn pattern composition and vegetable dyeing at the Norske kvindelige industriskole. She married the Norwegian shipowner Dagfinn Bugge in 1896 and they had two children: Ingeborg Wærn Bugge and Thorild Wærn-Bugge. The couple divorced in 1905. Elisabeth Wærn-Bugge had already moved to Gothenburg with the two children and started work in 1904 at Nordiska Industri AB, NIAB, a design company with pattern production and sales of textile goods. She remained with the company until 1906.

Elisabeth Wærn-Bugge was employed in 1906 as the manager at the Föreningen Konstfliten’s sales shop in Gothenburg and the same year she published the pamphlet Hemslöjdens betydelse för folket. Föreningen Konstfliten (later Bohusslöjd) covered western Sweden: the counties of Halland, Älvsborg, Skaraborg and Gothenburg with Bohuslän. They ran their enterprise on similar lines as Föreningen för svensk hemslöjd in Stockholm, with the aim of reviving and preserving the homecrafts of earlier times.

In 1908, Elisabeth Wærn-Bugge was made the director and a board member of the limited company Växtfärgaktiebolagets färgeri in Gothenburg. The magazine Idun published a reportage about her work with vegetable dyeing in 1910. It was said that the dye-works was the only company that sold vegetable-dyed yarns in Sweden, and at an exhibition the same year in Stockholm, 150 different shades of yarn from Gothenburg, dyed with domestic plants only, had been displayed.

Elisabeth Wærn-Bugge moved to Stockholm in 1911 and was employed as a director at Nya AB Svenska Konstslöjdutställningen Selma Giöbel. The year after, in 1912, she was appointed the manager of Föreningen Svensk Hemslöjd’s permanent exhibition in Stockholm. During her first year in Stockholm, she published Handbok i färgning med växtämnen på ylle: en ledning vid färgning i hemmen in 1913, and then Hemmets vävbok in 1914. The latter appeared in nine editions, the final one in 1949.

Elisabeth Wærn-Bugge joined the Liberala valmansföreningen in Gothenburg in 1908 and was elected as a member of its central board. She was also a board member of the Gothenburg branch of the National Association for Women’s Suffrage (Sweden) and later transferred her engagement to the Stockholm branch where she became a board member.

During the first world war, Elisabeth Wærn-Bugge participated in the international Congress in The Hague in 1915 arranged by women’s movements to try and stop the war, with representatives from Europe and the USA. She was then one of the 16 Swedish delegates. Some of the others were Matilda Widegren, Emilia Fogelklou, Anna Kleman, Anna Lindhagen, Naima Sahlbom and Elin Wägner. For four days, women from neutral and warring countries met. The Congress’s decision to send out smaller women’s delegations to both neutral and warring countries’ governments to demand neutral mediation was carried out afterwards. When the women’s delegation that had visited the Russian Tsar was returning via Stockholm, a great action, Kvinnornas fredssöndag (Women’s Sunday for Peace), was arranged there. Over 88,000 women all over Sweden held meetings at which they demanded mediation to end the bloody fighting. Elisabeth Wærn-Bugge belonged to the network that worked to implement the peace action. She later joined the Swedish section of the International Committee of Women for Permanent Peace (ICWPP), in 1915–1919, one of the national committees that was started in various countries after the Hague Congress. The chairwoman was Anna Kleman, the vice chairwoman was Matilda Widegren and members were among others Nina Benner-Anderson, Ellen Palmstierna and Anna Lindhagen. They contacted committees in Norway and Denmark to work on shared demands to the governments. They collected press cuttings, produced a list of women’s peace work and worked on starting circles all over the country. Just before the end of the war, in 1918, Elisabeth Wærn-Bugge published the pamphlet Krigets läxa.

When the war was over, the national committees gathered in Zürich in 1919 and founded the Women’s International League for Peace and Freedom (WILPF). The Swedish section was given the name Internationella kvinnoförbundet för fred och frihet (IKFF), and Elisabeth Wærn-Bugge became a member of the central board. To communicate the new women’s peace association’s thoughts about the United nations, Elisabeth Wærn-Bugge published the text Huru vinna trygghet inom Nationernas förbund? Kvinnornas internationella förbunds för fred och frihet synpunkter in 1920. She was elected to chairwoman of the Stockholm section of IKFF in 1924 and held that position until 1934.

Elisabeth Wærn-Bugge was entrusted in 1931 with the assignment from WILPF to travel to Palestine. She described the assignment in her book Det omstridda arvet. Utblickar över Palestina av idag, published the same year: “… on the assignment of the Women’s International League for Peace and Freedom to seek to establish a rapprochement between Jewish and Arab women”. The aim was to attempt to create an Arab-Jewish section of WILPF. She travelled around the country, interviewed and conversed with various people, often via an interpreter, read reports and orientated herself on the developments under the British mandate from 1920. Her assignment to gather together women belonging to different groups did not succeed. Elisabeth Wærn-Bugge had met and talked with Arab-Christian, European and Jewish women at a tea party organised by the Swedish consul’s wife. However, the Muslim women did not attend, despite having promised they would come. The Arab-Christian women also eventually withdrew their support from the suggestion of starting a WILPF section. The failure was reported to WILPF. In her book Det omstridda arvet, Elisabeth Wærn-Bugge gave her picture of the country’s natural resources, economy, and means of support for the various population groups, and also gave an account of her visits to the different religions’ holy places in Jerusalem. Her conclusion was that despite the fact that the mandate power had tried to achieve a good deal, there were great differences between the living standards and influence of the various population groups, as well as a wide-spread distrust of the authorities. Elisabeth Wærn-Bugge was of the opinion that the possibilities of succeeding were not great, but anyway she offered a number of suggestions that in her view should be able to iron out some of the differences in the country.

Apart from publishing handbooks on weaving and vegetable dyeing as well as peace pamphlets, Elisabeth Wærn-Bugge worked as a lecturer, translator and author also in other genres. She wrote for example some novels that were situated in manor house settings and published among other things a book on etiquette and a travel book. 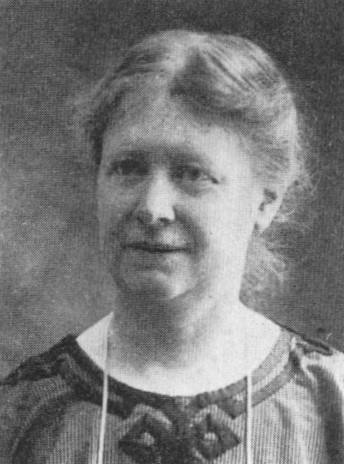