For more advanced searches and combinations please use the Sprรฅkbanken tool Karp. This is particularly relevant for researchers seeking to analyse the information contained in SKBL (Biographical Dictionary of Swedish Women).

Hanna Nordstrรถm was a cigar-maker who was also the first woman to serve as chair of the Internationella tobaksarbetarefรถrbundet (International tobacco workersโ federation) in Sweden.

Hanna Nordstrรถm was born on 20 September 1862. She later married Robert Nordstrรถm, an instrument maker, and they had two children together. The couple separated in 1896.

Hanna Nordstrรถm was a cigar-maker who was actively involved in the working conditions of her workers. Tobacco workers were some of the first in Stockholm to form a trade union, in 1884. The fact that women, such as Hanna Nordstrรถm, were members of the organisation had an impact across the tobacco production process. From the late 1890s onwards special separate arrangements were no longer necessary for men and women who were instead paid the same salary.

Trade union membership was extensive. In 1898 the Stockholm association numbered 1,300 members, of which 620 were men and 670 were women, thus from the unionโs inception women formed a significant part. Female representatives were often sent to the Social Democratic party congress and in 1904 the first woman was elected to serve as chair, none other than Hanna Nordstrรถm. This was probably the first time a woman held this post in a trade union in which members comprised both sexes. Although she only held this position for a year Hanna Nordstrรถm remained active as a delegate sent to party congresses and conferences afterwards. In 1913 she was elected as a member and vice-secretary of the board.

The 1915โ1916 period was a difficult one for Internationella tobaksarbetarefรถrbundet in Sweden as their membership declined. By the turn of 1916 there were only 1,519 members, compared to the previous yearโs total of 2,334. Indeed the number of branches sank from 15 to 7. During 1915 Hanna Nordstrรถm also resigned as chair following a โsevere and long-lasting illnessโ. She was succeeded by Anna Wester.

Hanna Nordstrรถm died in 1953. She is buried at the Woodland Cemetery in Stockholm.


You are welcome to cite this article but always provide the authorโs name as follows: 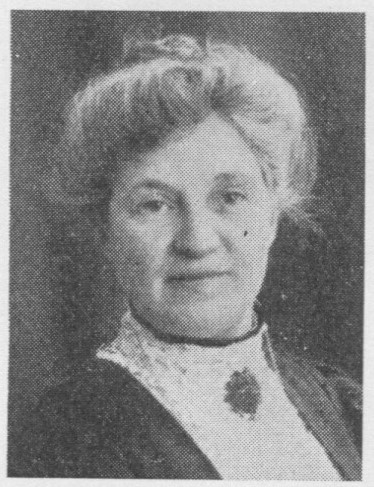