Hannah Ryggen was a pioneer in the field of textile art through her expressive woven goods with figurative themes and political content, often of a feminist and socialist nature.

Hannah Ryggen was born in 1894 as Hannah Jönsson. She grew up under poor conditions in Malmö. Her mother was a cook and her father was a manual labourer. To help support the family, she educated herself as a teacher and worked in that profession for eleven years despite the fact that she did not feel comfortable with it.

She obtained her artistic education via private lessons in Lund with the Danish artist Fredrik Krebs, who became a lifelong mentor for her. Her work attracted attention early on, and during her six years as a pupil, she participated in exhibitions and sold works. A scholarship made it possible for her to undertake a journey around Europe in the summer of 1922 to look at art, among other places in Dresden where she met the Norwegian artist Hans Ryggen. They married the year after and settled down in Norwegian Ørland, ten miles northwest of Trondheim. Their daughter Mona was born in 1924. Despite the fact that both of them were practising artists, they also ran a small-scale farm all their lives.

Weaving had a long tradition in both Sweden and Norway, but was renewed when Hannah Ryggen used it to create figurative visual art. She used a technique — that up until then had been mainly linked to functional, patterned and decorative objects for household use — for expressive art works with figurative themes. Throughout her professional life, she spun and coloured her yarns herself, with certain exceptions when the spinning was handed over to others on account of lack of time.

As early as the 1920s, Hannah Ryggen worked with a narrative, political content — a current that was highly modern in the whole of Europe also in painting and sculpture. She became rapidly known in Norway for her special expressiveness and her skilful handicraft. Her art was admired by many and she was very much in demand as a teacher. An exhibition at Kunstnerforbundet in Oslo in 1939 consolidated her position in Norwegian art life as a significant foreground figure. Several works were shown there that dealt with conflict-ridden Europe, among them Drömdöd, in 1936, that showed how Hitler, Göring and Goebbels tortured a prisoner, and La Hora Se Approxima – timmen närmar sig in 1938, in which Francisco Franco, who was soon to become Spain’s dictator, appears as an evil demon. In Etiopia from 1935, the theme is Italy’s mad colonial war in North Africa, and one scene shows how the Italian prime minister Benito Mussolini’s head is fixed on the point of a spear. The same year, she participated in the World Exhibition in New York. There she showed Etiopia, though with the right-hand field — where Mussolini’s head is— folded back so as not to provoke Italy. Two years earlier, in 1937, she had also shown her art at the World Exhibition in Paris.

Hannah Ryggen was strongly affected by the Nazi invasion of Norway on 9 April 1940. Her husband, who was active in the resistance movement, sat in prison for a year from May 1944 until the end of the war in 1945. Several works from the years of occupation, in which for example Winston Churchill, Knut Hamsun and Vidkun Quisling are portrayed, were inspired by the artist’s traumatic war experiences. In Schweden from 1946, Hannah Ryggen criticised the Swedish politics of neutrality.

During the following decades, social development and political events continued to be at the centre of Hannah Ryggen’s creativity. Her large-scale tapestries these years have the atom bomb, cold war, space travel and the Vietnam war as their themes, but also show human energy, collective strength and the meaning of peace. Vi lever på en stjärna from 1958, that was commissioned for the parliament building in Oslo, is still hanging there after the restoration that became necessary after the terror attack on 22 July 2011. A Hannah Ryggen exhibition was shown in Sweden in 1962, both at Moderna Museet in Stockholm and the Gothenburg konsthall. Two years later, in 1964, she represented Norway as the first woman ever at the Venice Biennial.

Thanks to several artistic assignments, Hannah Ryggen’s art is a strong presence in Norway’s public space; among other places at Oslo University and Norway’s Technical College in Trondheim. In the collections at Malmö Konstmuseum since 1948, her Vi och våra djur from 1934 can be seen, as well as since 1974 Min far from 1968.

After her death in 1970, a memorial exhibition was held the same year at Nordenfjeldske Kunstindustrimuseum in Trondheim, which also held a jubilee exhibition on her hundredth birthday in 1994. The museum owns Norway’s largest collection of Hannah Ryggen art and has since 1998 a permanent exhibition with her work. The biographical film Människan i väven under the direction of Marit Berntzen had its premiere in 1996.

During the 2010s, Hannah Ryggen’s artistry attracted renewed attention which led to a handful of her tapestries being shown at the influential international contemporary art exhibition Documenta in Kassel in 2012. The exhibition Hannah Ryggen: Världen i väven was shown in 2015 at Nasjonalgalleriet in Oslo, in 2015—2016 at Moderna Museet in Malmö, in 2017 at Modern Art Oxford in Great Britain, and in 2019—2020 in Frankfurt in Germany. The Norwegian art historian and art critic Marit Paasche’s biography Hannah Ryggen: En fri was published in 2016 in Norwegian and in 2019 by Thames & Hudson with the English title Hannah Ryggen: Threads of Defiance.

Hannah Ryggen died in Trondheim in 1970. She lies buried with her husband in Ørland Cemetery. 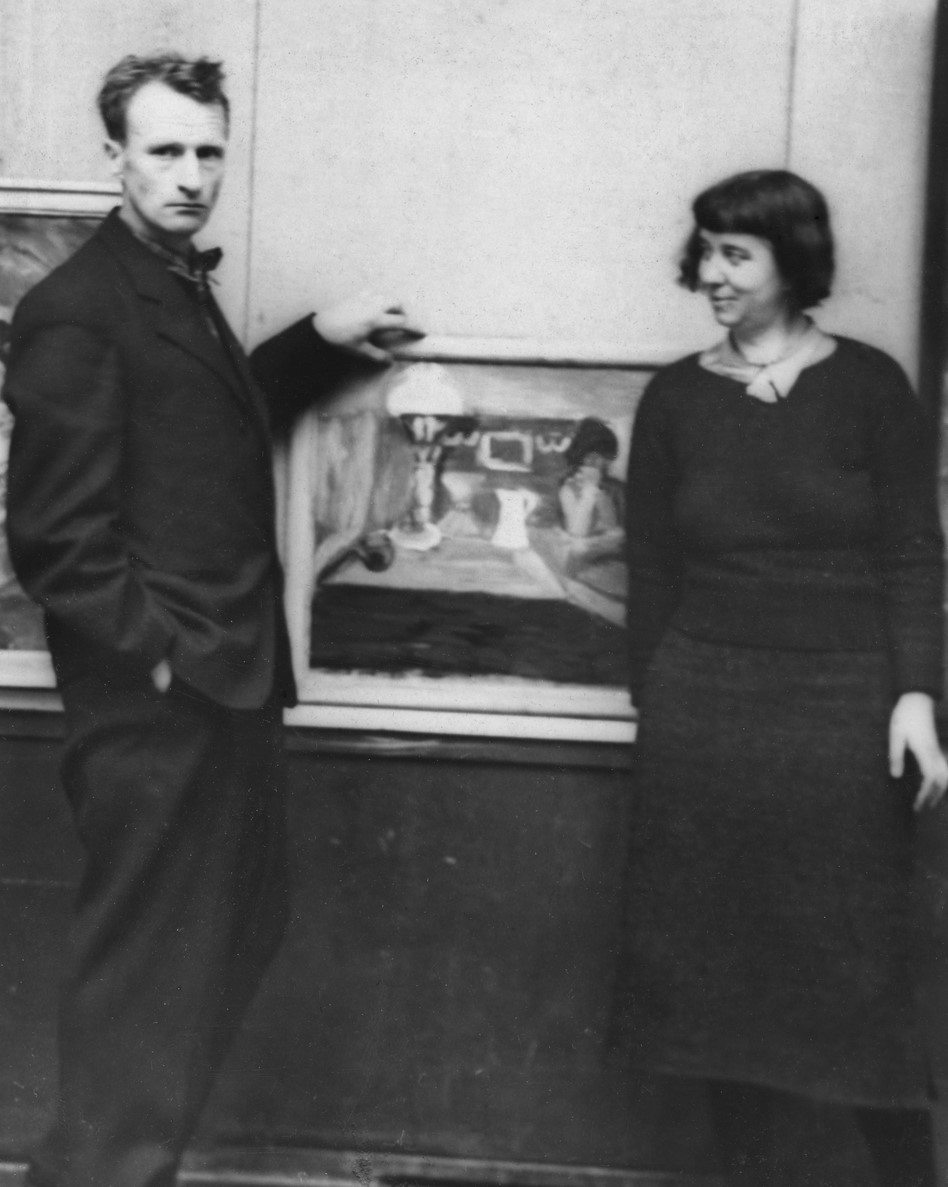