Helena Henschen was a textile artist, designer, illustrator, scenographer and author. She became involved early on in the movements of the 1960s and 1970s against the dictatorships in Greece and Spain, and against the Vietnam war. During the latter part of her life, she became more known as an author of novels.

Helena Henschen was born in 1940 in Stockholm. She grew up on Lidingö in a culturally interested middle-class family, with a mother who was a publishing house editor and a father who was an artist. An aunt on her father’s side was the artist Helga Henschen, and she was also a paternal great-grandchild of the financier and arts patron Ernest Thiel.

She matriculated from the girls’ grammar school on Lidingö (Lidingö läroverks flickskola, nowadays Hersby gymnasium) and at the end of the 1950s, she began to attend the textiles education at the art college Konstfack in Stockholm. As early as in her teens, she had been a trainee with various textile artists during the summers, among others the Danish textile artist Vibeke Klint. She belonged to the group of gifted textile designers at Konstfack who had Edna Martin as their head teacher. A boundary-crossing, free creativity was part of the pedagogy and was part of the spirit of the times. Helena Henschen completed her studies at Konstfack in 1963.

During the building boom of the 1960s, companies and organisations created strong profiles for themselves with new buildings and up-to-date modern public spaces. Helena Henschen started her professional career by weaving tapestries with stories and visual statements that were expressive and vivacious. One of her tapestries is hanging in the staff dining-room at the workshop association Sveriges verkstadsförening (nowadays Teknikföretagen).

During the 1960s, the opposition grew towards conventional fashion and the ready-made clothing industry’s chasing after new ideas. The textile designer Inez Svensson and Rebecka Tarschys, a journalist active at the major Swedish daily newspaper Dagens Nyheter invited young, radical clothes designers to show their visions at a mannequin show at Moderna Museet in 1965. Helena Henschen participated as did two classmates from Konstfack: her cousin Veronica Nygren and second cousin Kristina Torsson. All three had worked with knitting machines and the seeds of their cooperation were sown.

During her time at Konstfack, Helena Henschen married gift Peter Bergom-Larsson, a future architect. They had a son, Jesper Bergom-Larsson, in 1961. After their divorce, she lived with the artist Håkan Nyberg and in 1966 they had a daughter, Saskia, whose married name later was Lagerbielke.

Veronica Nygren, Kristina Torsson and Helena Henschen started the clothing company Mah-Jong in 1966, with clothing that revolted against fashion industry with its demands for quick changes, hysterical consumption and an unfree, shut-in body ideal for women. Mah-Jong produced clothes that did not require corsets or brassieres. Women should be able to show their bodies in their clothing even if they were expectant mothers. For Mah-Jong as a company, it was important to participate in the struggle against injustices, locally and globally, and to carry out an ethical production with fair working conditions. After short experience of synthetic materials, clothes were manufactured from the natural material knitted silk (silk tricot) that was a mixture of cotton and rayon fibres. They were printed with patterns that were surprising for that time, and vivid colour combinations. Helena Henschen designed some of Mah-Jong’s most legendary patterns, like Kärna and Tiger.

Helena Henschen left the group in 1968 to work with theatre and deepen her political engagement. In connection with this, she started a more than 20-year-long working relationship with the author Gunnar Ohrlander, known under the pseudonym Doktor Gormander. They also lived together and in 1972 they had the twins Kristina and Jenny Henschen.

From 1968 for about ten years, Helena Henschen was the scenographer for Fria Proteatern. She created the scenography and costumes for among others the acclaimed shows Zigenare at Dramaten in 1968, NJA-play at Dramaten in 1969, Blågul atom in 1970, Mäster Palm lever om in 1974, and Hårda bandage in 1977. These were all collective productions and therefore she also participated in text production and direction along with the actors and authors. Her scenography was characterised by colourfulness and also — according to the Dagens Nyheter critic Ruth Halldén in 1974 — by a simplicity that was living and effective.

Helena Henschen illustrated Gunnar Ohrlander’s books När barnen gick i strejk in 1969 and När barnen tog makten in 1971, both published under the pseudonym Doktor Gormander. She also illustrated Katarina Taikon’s book Niki in 1972, and Sven Wernström’s Max Svensson Lurifax in 1972, as well as contributing illustrations to several other books, daily newspapers and magazines. She also produced posters, among others for the important preschool demonstration in Stockholm in 1975.

In the mid-1970s, Helena Henschen was engaged by the Stockholm City Museum (nowadays Stadsmuseet in Stockholm) for three influential exhibitions on children and young people from the 1800s to the present: Barn i stan in 1977, Skolbarn in 1982, and Stockholmsungdom in 1987. They were created by a group of women, all professional working mothers with small children, and their starting question was: “What do children do when their parents are at work?” The exhibitions were based on the group’s archival research, search for photographs and interviews, and all three were accompanied by a book, the contents of which were provided by the members collectively. Apart from Helena Henschen, the group consisted of Helena Friman, Lena Högberg, Eva Silvén, Ingrid Söderlind and Eva Lis Bjurman. Helena Henschen was in several ways a driving force, not least ideologically, during the 14 years the project was under way. She designed, constructed and participated in the building of the artistically innovative exhibitions, and she illustrated all three books. The book Barn i stan was reprinted in several updated editions and came to be used in preschool teacher training well into the 2000s.

At the beginning of the 1990s, Helena Henschen worked as a designer and editorial member of the closely knit editorial board of the magazine Moderna Tider, published in 1990—2002, that was awarded the major journalistic prize Stora journalistpriset in 1993. From 1994 until her death, she lived with Lennart Ström, a medical profile.

In 2004, Helena Henschen surprised everyone with her novel I Skuggan av ett brott, about the tragedy surrounding the von Sydow murders in 1932, when her maternal grandfather, Hjalmar von Sydow, right-wing politician and the director of the Swedish employers’ association Svenska Arbetsgivarföreningen (SAF), and two housekeepers were murdered. The book became a major critic and reader success, sold in about 145,000 copies and was translated to ten other languages. “Brilliant, unique” wrote the Dagens Nyheter critic Gabriella Håkansson. Helena Henschen won several prizes for this book, among them Svenska Akademiens Särskilda belöning, Tidningen Vi:s läsarpris and the European Union’s literature prize. Helena Henschen wrote another novel: Hon älskade, also based on family history. It was about her paternal grandmother Anna and Ernest Thiel’s daughter Signe, who lived a dramatic life during the first half of the 1900s, with all the political happenings, wars, antisemitism and their father’s financial crash at the beginning of the 1920s.

Helena Henschen was rebellious, pioneering, and something of a multi-artist in the sense of not following a single defined artistic field, but taking on areas where the “ground was uncertain” as she expressed it in an interview. She followed tracks that could challenge her desire to create and change.

Helena Henschen died in 2011, at 71 years of age. She lies buried in Solna Cemetery. 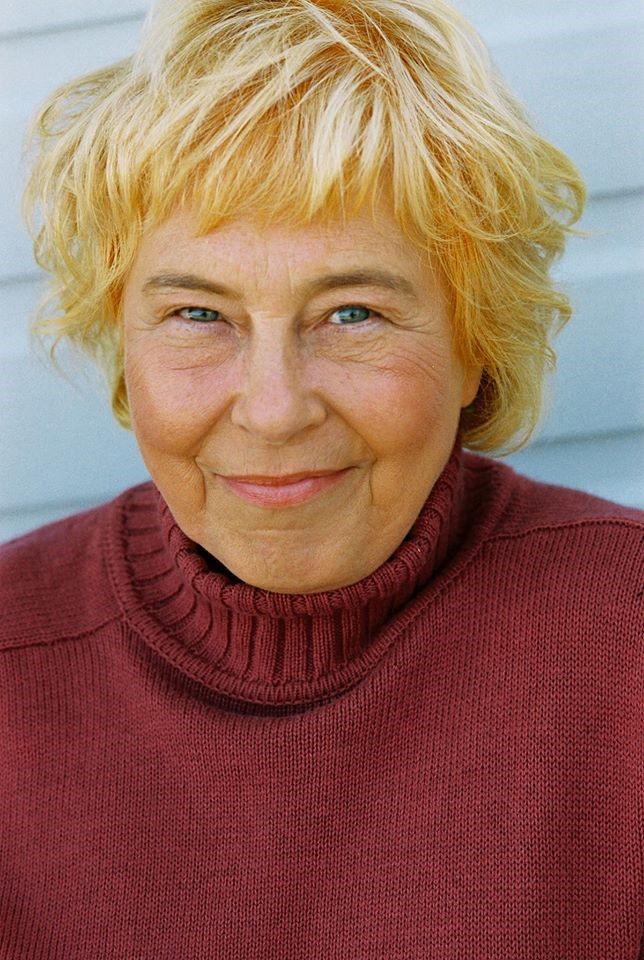