Helena Snakenborg was a lady-in-waiting first at the Swedish and subsequently at the English royal courts. She became one of the most powerful women in England of the late sixtheenth- and early-seventeenth centuries.

Helena Snakenborg was born at the Fyllingarum farm in Östergötland. She was the daughter of Agneta Knutsdotter Lillie and Ulf Henriksson Snakenborg Bååt, a privy councillor to the Swedish king. Helena Snakenborg received what at the time would have been a thorough education and began to serve at the Swedish royal court at an early age, although the exact date remains unclear. She later described the then Duke Karl (subsequently King Karl IX), who was one year her junior, as one of her childhood friends. She quickly advanced to the position of chief lady-in-waiting for Princess Cecilia Vasa. In 1564, then aged 15, Helena Snakenborg formed part of the large retinue which accompanied the princess and her husband, Kristoffer av Baden-Rodemachen, on their journey to England. The aim of their visit was to pave the way for King Erik XIV to submit his marriage proposal to Queen Elizabeth I of England. As the route to the west had been closed off by Denmark the royal retinue had to travel across Finland, Livonia, Poland and then westwards. This journey took nearly a year and it was not until September 1565 that the Swedish retinue made their formal entry into London.

Princess Cecilia and her husband were forced to leave England in 1566 due to the mounting debts they had incurred, but Helena Snakenborg remained in situ. She had found great favour with Queen Elizabeth I, who had appointed her as one of her own ladies-in-waiting. William Parr, the queen’s maternal uncle and Marquess of Northampton, had developed a liking for “Helena the Red” as Helena Snakenborg had become known due to her flaming red hair. The queen supported this relationship and, following the death of Parr’s second wife, Helena Snakenborg married William Parr in the spring of 1571, thus becoming Marchioness of Northampton. This made her a member of the very highest level of aristocracy in England and a spouse of the reigning queen’s uncle. However, their marriage was short-lived as William Parr died that autumn. Despite having been married three times he lacked any legitimate heirs and thus his inheritance fell to his third wife. Helena Snakenborg retained her title of Marchioness and remained at the court of Queen Elizabeth I, serving as her lady-in-waiting and closely tied to the English queen.

A few years later Helena Snakenborg and Thomas Gorges of Longford, a gentleman-of-the-court and a member of Queen Elizabeth I’s secret council, fell in love. However, the queen did not accept this development as Thomas Gorges’ family did not belong to the same aristocratic circle. Nevertheless, the couple secretly married in 1576, much to the queen’s dismay. Helena Snakenborg was forced to give up her position at the English court and her new husband was thrown into prison in the Tower of London. Helena Snakenborg turned to her influential friends in the hope of appeasing the queen. Thomas Radcliffe is one of these friends whose particular name appears as an intermediary. The fallout only lasted a brief time and it was not long before Helena Snakenborg and her husband were reinstated to their former court posts. Helena Snakenborg remained a close confidante of Queen Elizabeth I’s. She also increasingly began to take on the role of the queen’s official deputy and representative at official functions which the queen either could not or did not want to attend herself, such as when the queen was due to appear as a godparent at baptisms, or attend inaugurations or similar events.

In the period between 1578 and 1589 eight children who survived into adulthood were born to the Snakenborg-Gorges couple. The family initially lived in a palace in London but Helena Snakenborg convinced her husband to build a new castle in Longford, south of Salisbury, where the old Gorges family castle had burnt to the ground. She took a great interest in the construction of the castle which the English described as a “Swedish pattern castle”, namely a three-sided castle with rounded corner towers following the Swedish design. It took a long time to complete the construction of Longford castle, which was finally finished in 1591. The castle was considered to be very modern at the time, with running water available on several floors and water-closets which made use of stored rainwater. As soon as the castle was habitable the Snakenborg-Gorges children began to spend most of their time there while their parents were on royal duty at the court.

Helena Snakenborg has been described as a kind and friendly person who stayed out of the many court intrigues. She was also considered to be devoted to her family, both her English and her Swedish families. She never returned to Sweden and never saw her Swedish relatives again but she did maintain a regular correspondence with them. Her husband, Thomas Gorges, travelled to Sweden as part of an English embassy in 1582 and was then able to meet some of his wife’s relatives.

In 1584 Helena Snakenborg and her husband received the property of Sheen as a lifelong fief from Queen Elizabeth I. It was located right next to Richmond palace, the queen’s primary residence, which was a fact much appreciated by the couple who were now able to live with their children even when performing royal court duties. As the queen’s health deteriorated Helena Snakenborg increasingly took on duties which involved appearing in the regent’s place at formal functions.

When Queen Elizabeth I died in 1603 Helena Snakenborg was still the queen’s closest confidante and she was the first person to follow the queen’s coffin in the funerary cortège. Helena Snakenborg and her husband were similarly present at the coronation ceremony for King James I (also James VI of Scotland) and his wife Anna of Denmark later that same year. The change in regent meant that Helena Snakenborg’s position at court became somewhat more limited. She was, however, able to serve as a go-between for King James I (and VI) with her childhood friend Karl, now King Karl IX of Sweden, with whom she had maintained contact whilst abroad. Initially both kings intended to marry off the heir to the Swedish throne – later King Gustav II Adolf – to the British princess, Elisabeth. However, these plans were curtailed by Queen Anna.

Following Thomas Gorges’ death in 1610 Helena Snakenborg increasingly withdrew from the English centre of power which she had inhabited for almost 45 years. Towards the end of her life she lived with her son at Longford castle. She died at the castle in 1635. She was then 86 years old. She is buried beside Thomas Gorges in Salisbury cathedral where their tombstone can still be seen. 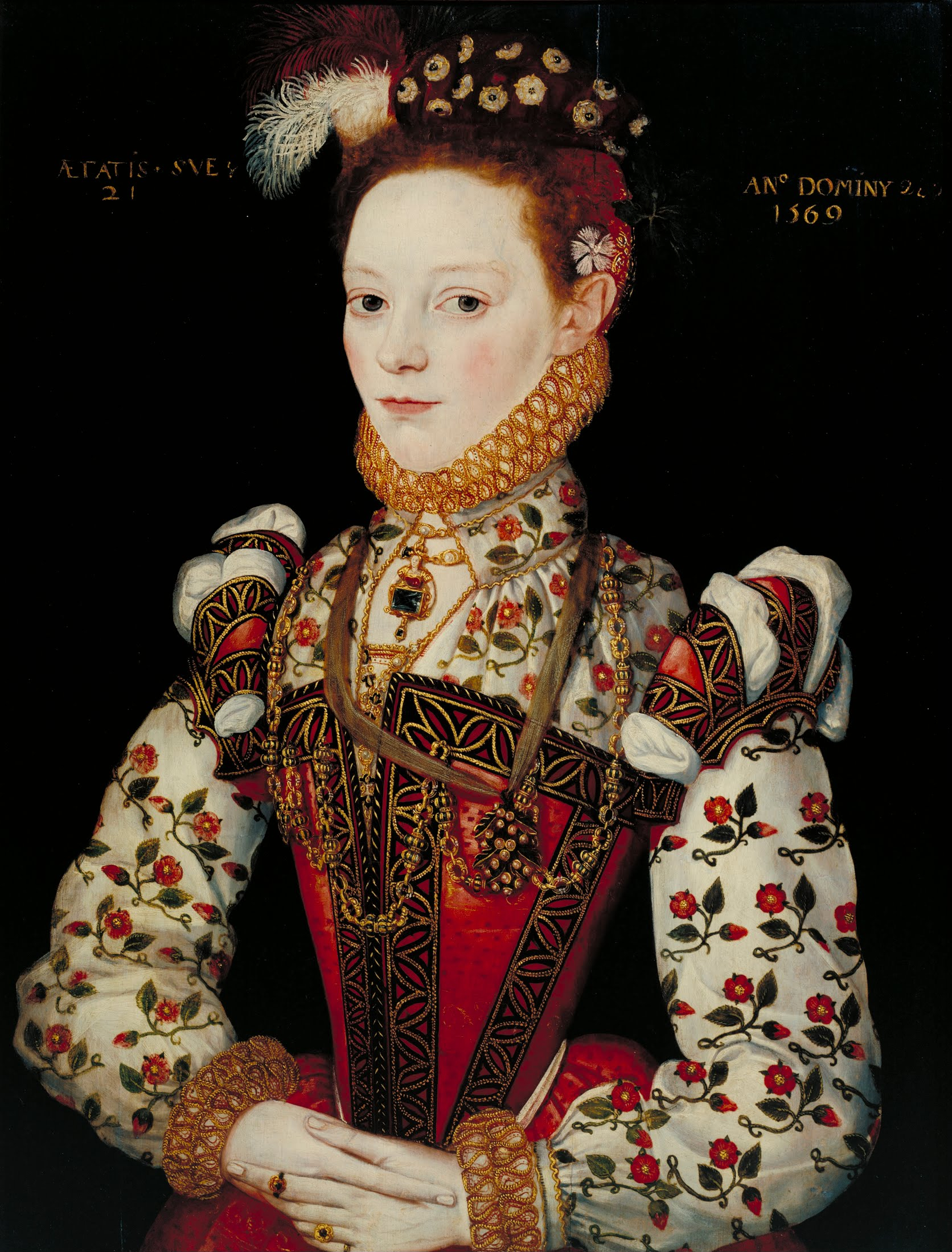