Helga Görlin was a court singer employed at the Stockholm Opera for twenty-four years. She sang about sixty soprano roles in over one thousand performances.

Helga Maria Görlin was born in 1900 in the province of Värmland. Her father was Jan Peter Görlin, a former master smith, and her mother was Karin Jonsdotter. Her older brother Nils Gustav was 29 years old and married, her sister Hanna Emilia was six years old and her other brother, Nils Evert, was only two.

Helga Görlin had dedicated herself to singing for seven years before she applied to the opera manager John Forsell in 1925 with the aim of being accepted at the opera school. By then she had appeared in public at various places in Värmland and taken lessons for the voice teacher in fashion, voice doctor Gillis Bratt in Stockholm, as well as in Berlin and Paris. Forsell advised her to apply to the opera school after having heard her, and she was accepted.

She progressed rapidly at the school, which she left after two years, in 1927. She had already been allowed in 1926 to make her first debut of the Kungliga Teatern’s obligatory three: Mélisande in Pélleas och Mélisande by Claude Debussy. Her second debut was in November 1926: the title role in Tchaikowsky’s one act opera Yolanta. In December the same year, her third debut was as Gänsemagd in Humperdinck’s fairy tale opera Königskinder. After the new year, she was engaged by the Kungliga Teatern in Stockholm, where she remained until her retirement in 1951. By then she had studied altogether 67 roles and appeared in over 1,300 performances. She visited the Nordic countries with the ensemble during the 1940s as well as Riga and Brussels. She had also sung as a guest artist in the USA and at the opera in Helsinki.

In her Swedish repertoire, Helga Görlin performed the role of the farm girl Anna in Andreas Randel’s and F A Dahlgren’s song and dance work Värmlänningarne. Traditionally, it had its annual new premiere on Boxing Day and it was always performed in the Värmland dialect. She sang this role 84 times from 1928 until 1947. The Swedish role that she sang most often, 89 times, has been preserved on a live recording. It is the Sami girl Vaino in Wilhelm Peterson-Berger’s opera Arnljot. To attract opera lovers from Östersund in Jämtland, this opera was performed every year between 1939 and 1952, and always with Helga Görlin as Vaino in the second act.

She also performed roles in Peterson-Berger’s other two operas, Elin in Domedagsprofeterna and one of the two girls in Adils och Elisiv. Other Swedish roles she sang were Signe in Wilhelm Stenhammar’s Gillet på Solhaug, Karin in Natanael Berg’s Engelbrekt, Rosamund in Kurt Atterberg’s Fanal, Chryseis in Lars-Erik Larsson’s Prinsessan från Cypern and roles in both of Hilding Rosenberg’s operas Resa till Amerika and Marionetter.

The operetta roles sung by Helga Görlin were mainly Denise de Flavigny in Hervé’s Mam’zelle Nitouche, Antonia in Offenbach’s Les contes d’Hoffman and Fiametta in Suppé’s Boccaccio. Of Mozart roles she only sang Dorabella in Così fan tutte, Zerlina in Don Giovanni, Pamina in Die Zauberflöte and Susanna in Le nozze di Figaro, that she sang 47 times between 1928 and 1940.

The opera composer most favoured by Helga Görlin was Giacomo Puccini with his five portraits of women: the title role in Manon Lescaut, Mimi in La Bohème, Minnie in La fanciulla del West and Liù in Turandot as well as in a class of its own: Cho Cho San in Madama Butterfly, a role that she sang 116 times all in all.

Her only role in the pre-classical repertoire of the 1700s was Eurydice in Gluck’s Orpheus and Eurydice. Her most radical roles, apart from Hilding Rosenberg’s operas, were in the operas of two German composers who were neither of them mainstream. She sang Milly in Franz Schreker’s Der ferne Klang and Amy Robsart in Walter Emil Schmidt’s (alias Fried Walter’s) Königin Elisabeth, at its world premiere in November 1939. In the Kungliga Teatern’s annual performance of Händel’s Messiah, she always sang the soprano solo.

She also appeared in films, often by dubbing other performers’ voices, among others Annalisa Ericson as Anna in the film version of Värmlänningarne, and the ballerina Britta Appelgren in Köp Hjärtan, both from 1932. In the film Karl Fredrik regerar from 1934, she played Giulietta in Les contes d’Hoffman, which she also did later in the film Hans Majestät får vänta from 1945. It was only in the film John Ericsson – segraren vid Hampton Roads from 1937 that she had a real film role, as the singer Jenny Lind.

In 1931, Helga Görlin married the accountant and financial manager of the Kungliga Teatern, Artur Hilton. She divorced him in 1947. 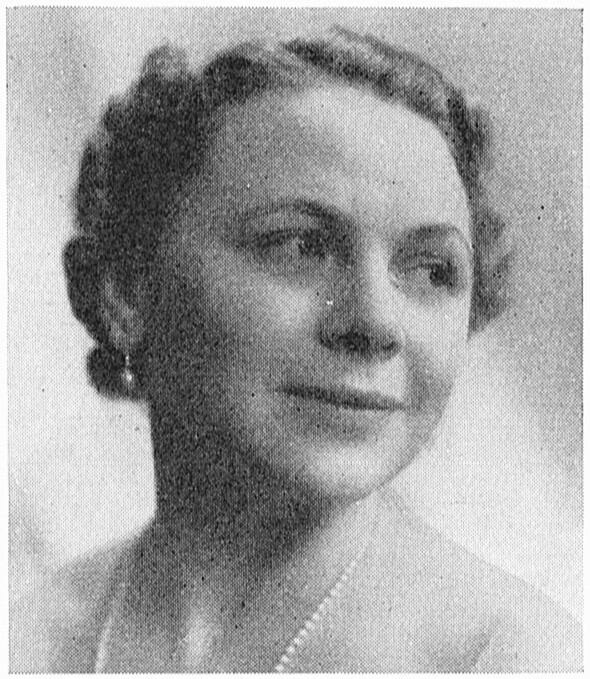