Helga Silverstolpe was the adopted daughter of Anna Whitlock. She worked at the Whitlockska coeducational school in Stockholm. She was active in the National Association for Women’s Suffrage (FKPR) and chairwoman in the local branch in Västerås.

Anna Whitlock’s engagement for women’s suffrage permeated Helga Silverstolpe’s growing up. She met other supporters of women’s rights in society in connection with for example Ellen Key, Emilia Broomé and Ann Margret Holmgren when they visited their home. Helga Silverstolpe was eventually employed as a teacher at Anna Whitlock’s primary school that changed its name in 1893 to Stockholms nya samskola. There she remained until her marriage. In 1903, she was engaged to Helge Silverstolpe and two years later they were married in Djursholm. Helge Silverstolpe was an engineer and he eventually became the works manager at Surahammars works. The couple had four children in 1907–1921.

In the autumn of 1906, a branch of FKPR was started in Västerås. Helga Silverstolpe was engaged in the Västerås branch and was the chairwoman for a number of years and a member of the central board. At the annual general meeting in 1916, Anna Löfgren was elected as vice chairwoman and the other members of the board were Nina Benner-Anderson, a substitute to the central board, Emelie Bergström, Ruth Randall Edström, Vira Eklund, Anna von Essen, Ida Johansson and Ester Kolmodin.

In February 1956, the Silverstolpe couple were involved in a traffic accident. The car in which they were travelling collided with a petrol truck and both were transported to hospital by ambulance. Helge Silverstolpe survived with a few minor injuries, but Helga Silverstolpe suffered broken ribs and injuries to her arms and knees. A few weeks later, on 1 April 1956, she died. In her obituary, funeral speeches were not welcomed. She was 74 years of age. 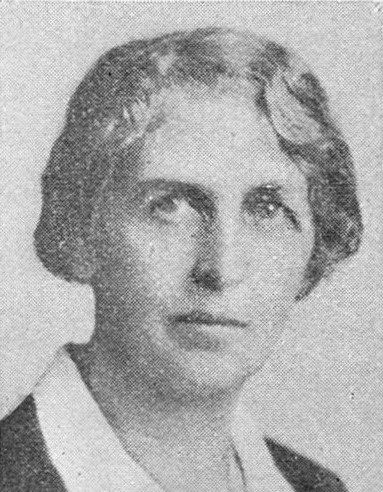