Henriette Coyet, baroness of Torup, was known as “the queen of Scania” and the leading lady of Scanian aristocracy during the first half of the twentieth century. This was partly due to her stylish appearance, and partly due to her royal connections. Henriette Coyet wrote local histories, was an active member of several societies and was known as a driving force in Scanian traditional arts.

Hilda Eleonora Henriette (Ette) Dorotée Amelie Coyet, née Cederström, was born on 16 March 1859 in Helsingborg. She was the daughter of Lieutenant-General and Baron Claes Arvid Bror Cederström and Countess Amelie Virginie Tomasine Eleonore Ehrensvärd. She was the eldst of nine children and was brought up in Helsingborg. On 20 September 1884 she married groom of the royal chamber, and later Lord Chamberlain of the Household, Gustav Johan Coyet (1853-1924), who owned Torup castle in Bara parish in south-western Scania. The couple had a daughter, Amelie Augusta Henriette Ebba Thomasine Julie.

Henriette Coyet was keenly interested in history and wrote a book about Torup castle, Torups krönika, which was based on fourteen years’ worth of gathered source material. She published books on Scanian textile arts, Skånsk hembygdsslöjd, 1922, and Textil allmogeslöjd, 1923. Coyet also published Burlövs örtagård, 1926, which resulted from her enthusiasm for her own herb garden. She, along with Ebba Billing, was the editor of the tour-de-force Gammal allmogeslöjd från Malmöhus län (“Ancient traditional arts from Malmöhus region”), which was published as a nine-volume set between 1916 and 1923. She was a leading force in Malmöhus region’s handicraft association from 1905 onwards. In 1916 Henriette Coyet was awarded the Malmöhus region gold medal for her efforts to safeguard Scanian textile arts. In 1921 she received the Sophie Adlersparre medal for promoting women’s handicrafts. Henriette Coyet became a board member of the 1930 craftwork exhibition in Stockholm. Further to her efforts on behalf of traditional arts, Coyet was also a board member of Södra Sveriges sjuksköterskehem (Southern Sweden’s nurses’ home), chairperson of the board for the Bara parish mobile school kitchen and for the Fredrika Bremer association funding committee for Malmöhus region from 1911. In addition she set up the Bara-Hyby-Möllerberg circle of the Swedish Red Cross, for which she was the chairperson, whilst also being chairperson of the Swedish Red Cross Scanian committee for receiving German and Austrian child war refugees from 1919 to 1920. Henriette also chaired the Bara parish local history association from 1921. Henriette Coyet was a member of many other local associations and held management positions on several committees. She was not only honoured with the Illis Quorum medal and the Swedish Red Cross gold medal in 1922, but she was also awarded the Litteris et Artibus medal.

Henriette Coyet met Selma Lagerlöf at a concert at the Stockholm concert house in 1928, a meeting which led to the beginning of a close friendship. One year later Lagerlöf wrote to Coyet that their friendship was “the best thing this year has given me”. In a letter from the summer of 1930 Selma Lagerlöf wrote: “I understand why you are loved, and I too feel admiration, yes even reverence for you. I would almost describe it as love, but you might think it sounds stupid from someone so old.” Selma Lagerlöf and Henriette Coye visited each other regularly and when Lagerlöf stayed at Torup the famous author gave public readings for the guests. Both women shared an interest in literature, in world politics and in the growing peace movement.

In the 1920s Henriette Coyet had a library installed at the castle. The Coyets bought books from antiquarian bookshops and book auctions and created an impressive literary collection including, for example, Tycho Brahe’s Astronomiae Instauratae Mechanica, 1598. Henriette Coyet’s passion for knowledge could also be seen in her participation as member of the board for the Lund Vetenskapssocietet from 1920, as well as management duties for Malmö musei vänner from 1926. The year before she had also become a board member of the Lund place name society. Henriette Coyet helped to turn Torup into a magnificent meeting place for cultural figures. She opened the castle grounds to the public and attracted thousands of visitors by holding garden parties and cultural events. For her eightieth birthday Hjalmar Gullberg penned this rhyme: “At evening’s end as the silver moon rises over Torup’s screens, in the distance a shy troubadour serenades Scania’s Queen”. 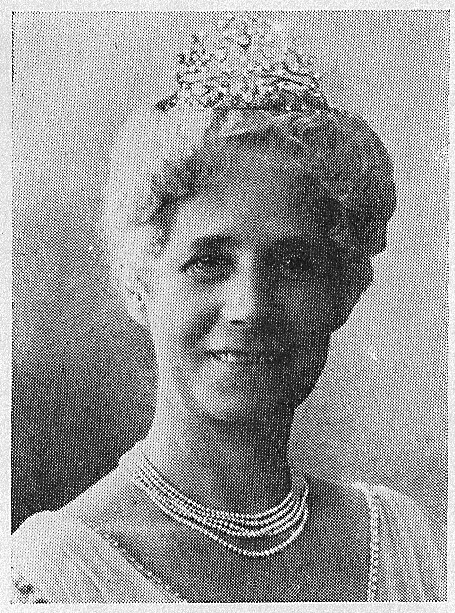