Hilda Petersson was a glass etcher who became famous both within Sweden and further afield during the second half of the nineteenth century.

Hilda Martina Laurentia Petersson was born in Lund in 1824. Her mother was Wilhelmina Beckström and her father was a trader named Johan Peter Böös. When she was 18 years old Hilda Petersson married Johannes Petersson, a farmer who owned the farm Gladsax near Simrishamn. Later the couple moved to Loshult in Östra Göinge.

Following the death of her husband in 1878, Hilda Petersson was left penniless, and forced to provide for herself. She returned to drawing, an interest she had neglected since her youth, and further developed her talents by taking up glass etching, as it was a handicraft that could be practised at home. Her etched motifs included figures, flowers on vines, and monograms, which she drew onto a particular type of glazing that was repeatedly applied to the glassware. Following this process, using further procedures and chemicals — some of which were poisonous — she would etch the design onto the glass item. The UK had given rise to this form of glass art and the British method became popular in Sweden during the second half of the nineteenth century. Contemporary newspaper advertisements reveal that several women offered courses in glass etching.

Hilda Petersson specialised in producing magnificent commemorative mugs, vases and screens, as well as everyday glassware. She completely mastered the technique and quickly became famous. This was fully described by Birger Schöldström in his portrayal of her success in a widely disseminated article headlined “Hilda Petersson född Böös. Sveriges första glasetserska” and published in the magazine Idun in 1982. Hilda Petersson’s business really gathered steam after she was awarded second prize for “an item of previously undisplayed artwork” at an applied art exhibition in Kristianstad. Initially she sold her artwork to the upper nobility in Scania. Later, following a move to Stockholm and “a letter of recommendation from the warm-hearted dean Olbers in Lund”, Hilda Petersson’s customers came to include several members of the royal household, as well as organisations, associations, and other influential individuals. For example, the freemasons’ lodge in Eskilstuna owns an etched mug signed Hilda Petersson Böös.

After she moved to the Swedish capital, Hilda Petersson made sure to visit King Oscar II. According to Schöldström, the king purchased one of her mugs and encouraged her to continue with her art. Schöldström also recounted that Hilda Petersson — on commission from Commander Louis Palander — produced several commemorative mugs in honour of the successful Vega expedition which he had led along with Nordenskiöld. These items were richly decorated with drawings of the expedition ship, and each crew member was individually named with magnificent monograms. Crown Prince Gustaf (later King Gustaf V) was said to have purchased one of these mugs. Two of these Vega expedition commemorative mugs are held in the collection at the National Maritime Museum in Stockholm. They are very similar and one of them is signed H P B..s. They became part of the museum collection in 1951 having originally belonged to Kungliga Husgerådskammaren, the body that preserves and manages the chattels of the royal palaces. They had probably been purchased by Gustaf V when he was Crown Prince.

Hilda Petersson exhibited her work at various places throughout Sweden, and was awarded diplomas, bronze and silver medals. She also had clients in Germany. Even the world-famous singer Christina Nilsson commissioned an “entire service of table glassware: not less than 54 artistically etched jugs, mugs...” as noted in the newspaper Nya Dagligt Allehanda in 1886. Hilda Petersson’s etched glasswork is also mentioned in several newspaper articles written about the industrial exhibition held in Malmö in 1881. The newspaper Dagens Nyheter and others also lauded her glassware in articles about the 1882 Stockholm exhibition organised by the handicrafts organisation Svenska Slöjdföreningen.

No further or more comprehensive reviews have been found of Hilda Petersson’s work. Schöldström, again in Idun in 1892, wrote that Hilda Petersson, on the strength of King Oscar II’s commendations, “approached several of the leading Swedish artists and critics, including Professor Count von Rosen and Professor Scholander. Upon viewing her glasswork they commended her efforts and encouraged her to continue. Scholander was particularly taken by the items.” Schöldström was surely referencing the architect and painter Fredrik Wilhelm Scholander, an influential individual within the cultural circles of the time. Schöldström quoted a lively exchange of words between Hilda Petersson and Scholander in which the latter enthusiastically lauded her efforts.

Hilda Petersson received state subsidies to study glass etching in 1881. A few years later, in 1886, her knowledge was put into print when the Stockholm-based Sigfrid Flodin publishers released Handledning i glasetsning jemte talrika litograferade teckningar av Hilda Petersson född Böös. This was a twelve-page pamphlet in which Hilda Petersson described the use of glass etching as an art, as well as the various materials and details involved in etching techniques. The pamphlet was written in such a way that anyone who so desired could get started on the spot. It also contained folded lithographic plates, models to be used for decorative patterns and monograms which could be copied by enthusiasts. 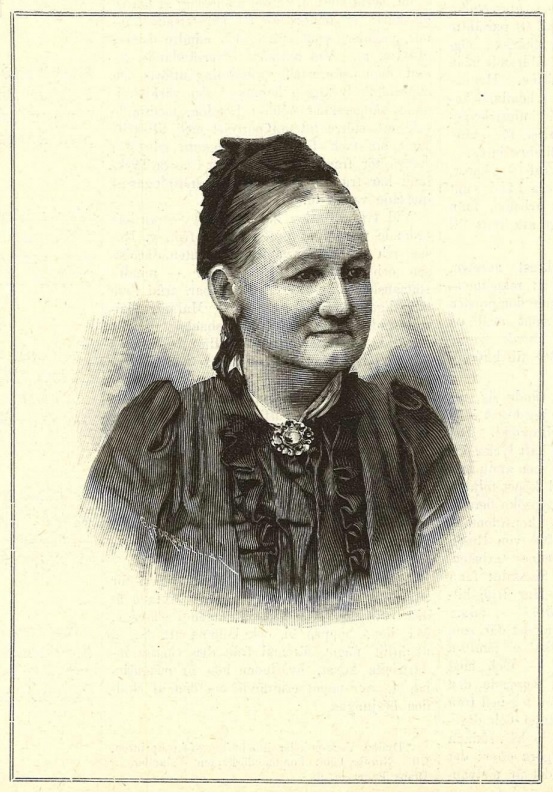