Hildur Ericsson was born on 14 November 1892 in Luleå, the youngest of seven siblings. She grew up in the workers’ community Karlsvik where her father Adolf Eriksson was a smith and her mother Anna Lovisa Karlsdotter worked extra as a laundress. Her father’s work was partly seasonal and the family’s economy was strained by for example the great strike in 1909.

Hildur Ericsson attended the teacher training college for elementary schoolmistresses in Öjebyn and qualified in 1911. She worked after that as a teacher in Edefors and the district of Älvsby until 1918, when she married Hugo Ericsson and became a housewife. However, her professional habits became useful in due course in her political work since she was a good and natural speaker.

Hildur Ericsson moved back to Karlsvik with her husband who first worked at the iron works and then changed tracks to become a handicrafts teacher. The couple had three children in 1919–1928. Hildur Ericsson’s political interest had existed since her childhood, since her father had been a convinced social democrat. Her political activity increased however only when her children were older in the 1930s. Her husband Hugo Ericsson was also a social democrat, as were the couple’s friends Otto and Elin Bohlin, whose home was a gathering place for the cause. The Bohlin couple were leaders of the Arbetarnas bildningsförbund (ABF).

Hildur Ericsson participated actively in both associations and worked among other things as a leader for study circles with Elin Bohlin. She took over the chairwomanship of the women’s club in 1935–1938. In the women’s district, she was linked early on to the innermost circle, but became formally a member of the board only in 1940. She was the district chairwoman in 1949–1953.

In 1937, the work of starting holiday homes for housewives in Norrbotten was started. Hildur Ericsson was the one to initiate and lead the Föreningen Kvinnors holiday homes in Norrbotten. She was the association chairwoman right up until 1964 and put a good deal of work into making ends meet for purchases and the running. The holiday homes were situated at Mjölkudden in Luleå and Grytnäs in Kalix, and were opened in 1940 and 1949 respectively. Housewives from working-class homes were able to enjoy rest and recreation there.

In due course, Hildur Ericsson was given several more political assignments. She was the member for the county council in the labour exchange, a member of the Luleå city council in 1938–1950 and a member of the school board in 1935–1958. She sat on the committee for helping mothers in 1938–1950 and was a member of the Radio committee from 1939, for many years active as “the voice from the countryside”. The Vittjärvsgården rural domestic science college also counted Hildur Ericsson among its board members around that time.

For the election in 1945, Hildur Ericsson was one of the prospective candidates to parliament, as was Märta Boman from the right wing, who was actually elected, unlike Hildur Ericsson. However, in 1947, the county council director K.G. Wiklund had resigned from his parliamentary assignment, and had to be replaced. Hildur Ericsson was asked by her party colleague Ernst Hage but her response was: “no of course not, I’ve got children”. She allowed herself to be persuaded however. She sat in the second chamber of parliament in 1947–1956. She put forward 13 motions of her own on social improvements like organising home help, holiday homes for housewives, holiday trips, children’s camps and the care of the mentally handicapped.

Especially mothers’ and youth issues were close to Hildur Ericsson’s heart, and she took a number of initiatives to surveys that were later to bear fruit. Far into her old age, she followed the work of politics. Her own political path was characterised by rapidly converting words and promises into actions. She was a humorous, vivacious and stirring speaker with strong social and political engagement. 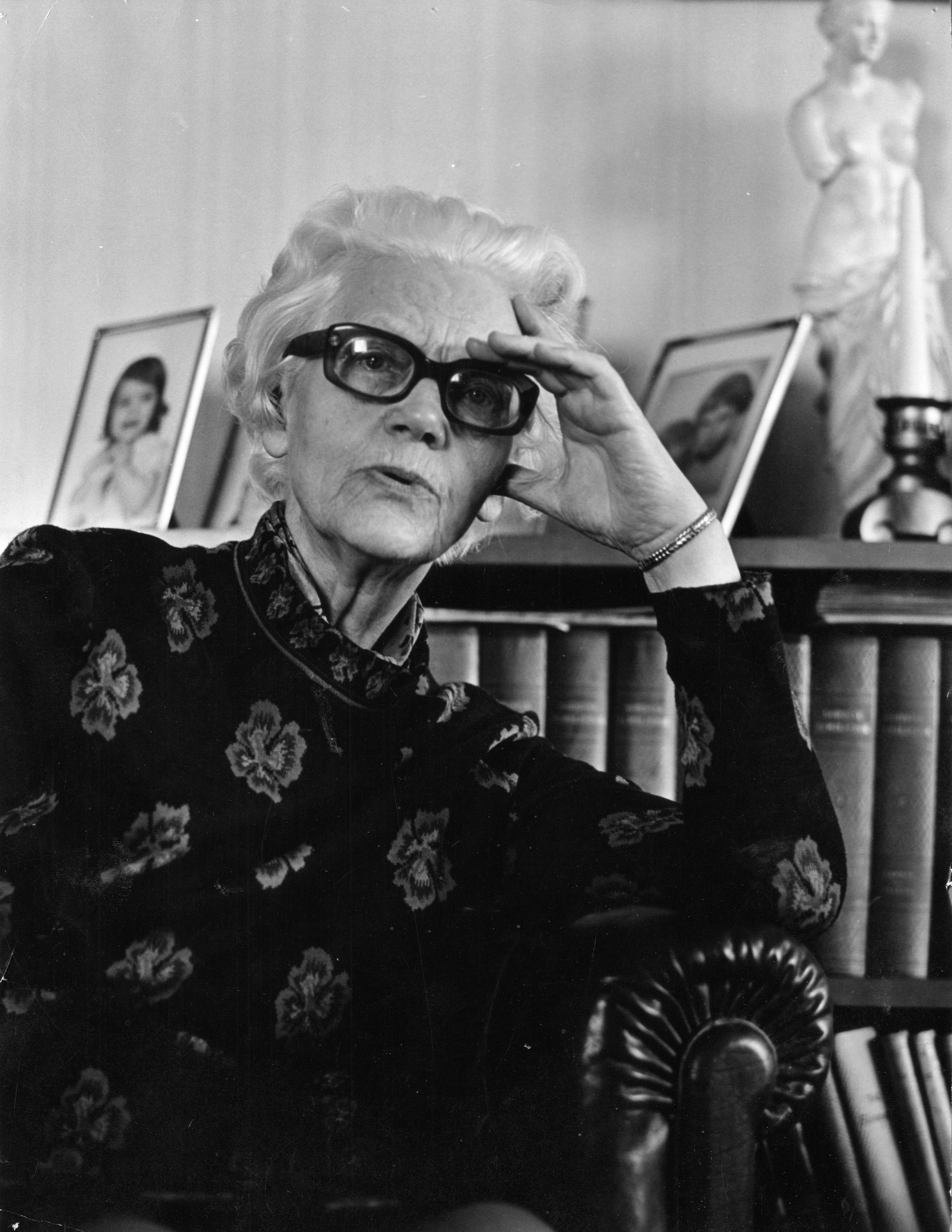