Hillevi Svedberg was an architect, editor, investigator and state official who worked with planning and the construction of buildings for residency and care.

Hillevi Svedberg was the daughter of the socially and politically engaged physician Andrea Andreen and the chemist and Nobel prizewinner Theodor Svedberg. Hillevi Svedberg was educated as an architect at the section for architecture at the technical college in Stockholm (KTH) in 1929–1933. The same year as she qualified, in 1933, she married Knut Almström, a civil engineer with whom she had four sons. The couple divorced in 1959.

Distinguishing for Hillevi Svedberg’s professional life was her great social engagement, which she developed in the intellectual and radical circles to which she belonged. As a child, Hillevi Svedberg via her mother came in contact with the politically involved Fogelstad group and she stayed a number of times at Elisabeth Tamm’s estate Fogelstad. As a student, she also participated in the left-wing association Clarté’s activities. Her social and political engagement she shared with several of the modernist-orientated architects of her times, among them Sune Lindström and the brothers Erik and Tore Ahlsén. Via Clarté, Hillevi Svedberg also met the architect Sven Markelius.

Between 1933 and 1935, Hillevi Svedberg worked at Sven Markelius’ office on the pioneering block of service flats at John Ericssonsgatan on Kungsholmen in Stockholm. The politician and diplomat Alva Myrdal also participated in this project as a central and driving force. The building was planned to organise daily life in a new way to facilitate the combination of professional life and family life, not least for women. This was realised among other things by the provision of childcare in the building through a so-called creche, and also by having staff employed to take care of cleaning, laundry and cooking. Hillevi Svedberg, who herself moved into the block of service flats with her husband in 1935, was not only engaged in the design of the building but also in its carrying through and organisation. With the architect Albin Stark, she also designed a block of service flats on the assignment of the professional women’s club (Yrkeskvinnors Klubb, YK), the so-called YK-building at Gärdet in Stockholm. This building, opened in 1939, included a restaurant, food-lifts and creche like its precursor at John Ericssonsgatan, and there were even some improvements in the flats’ kitchens, as well as other further facilities like a gym and a meeting place for the inhabitants. Hillevi Svedberg and her family were soon to move into the new building.

During the first half of the 1900s, the architect profession underwent a palpable transformation. This involved among other things that architects now accepted assignments that had not previously been a concern for their profession. The design of workers’ accommodation and various types of interior decoration are two examples of such new assignments that Hillevi Svedberg took upon herself. As early as her graduation assignment on the architecture course, she had worked on the matter of bath and shower facilities in workers’ living quarters, which at that time were a rather unusual feature. This subject gave Hillevi Svedberg the opportunity to immerse herself even more when in 1937 she received a bursary from the Sweden-America foundation to spend six months studying a low-cost housing-project in the USA. The result of this study trip was published in the trade journal Byggmästaren: tidskrift för arkitektur och byggnadsteknik . Hillevi Svedberg also contributed to the comprehensive investigation of living quarters started in 1939 by the national architects’ association and crafts association in Sweden: Sveriges Arkitekters Riksförbund (SAR) and Svenska Slöjdföreningen. This resulted in standards and norms for the design and construction of living quarters. Hillevi Svedberg and others worked within the framework of the investigation to carry out so-called room and function studies in which the living quarters’ space and how it could be better used for everyday life were studied. For Hillevi Svedberg, this work led to an involvement in the correspondence course held by Nordiska korrespondensinstitutet (NKI-skolan) on “Bostaden och inredningen” as well as a number of articles and lectures. Writing, lecturing and popular education within her field of expertise – housing, blocks of service flats and buildings for childcare – were developments to which she was devoted. Parallel to other assignments, she was the editorial secretary for the trade journals Arkitektur and Byggmästaren: tidskrift för arkitektur och byggnadsteknik in 1950–1964, and assistant editor for the latter in 1965–1973.

Despite having been struck down by tuberculosis in the early 1930s, which compelled her to suffer several long-term hospital sojourns during the following decades, Hillevi Svedberg was professionally active far on into her seventies. During the latter part of her career, she worked for the Swedish National Board of Health and Welfare and other organs in the public sector. As a consultant and senior administrative officer, she worked with creches, summer camps and care institutions.

Hillevi Svedberg concluded her professional life in 1982 and died on 19 June 1990. Her ashes were scattered in the Memorial Garden at the Woodland Cemetery in Stockholm. 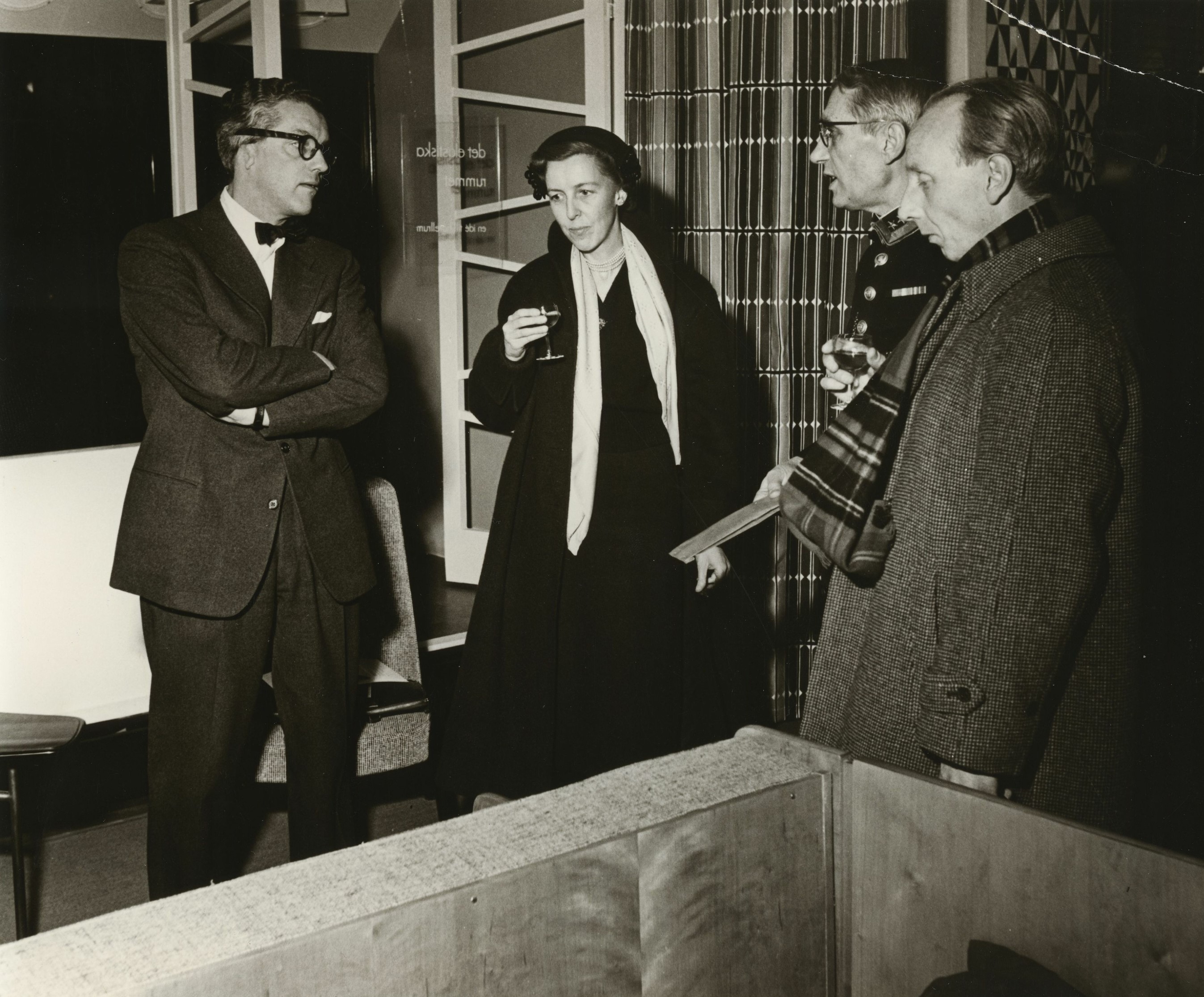