Hilma Persson-Hjelm was a ceramist and a member of the Rackstad group. She had her own workshop in Arvika where she created works inspired by art nouveau. She was a role model and source of inspiration for coming generations of ceramists.

Hilma Maria Persson-Hjelm was born in 1877 in Rackstad, Arvika. She was the eldest of ten children, of whom two brothers died in infancy. Their parents were Olivia Persson, née Magnusson, and Anders Persson, a master carpenter.

After completing her schooling, Hilma Persson-Hjelm moved in 1899 to Stockholm where she attended evening courses at the art school Högre Konstindustriella skolan (now Konstfack). To earn her living, she worked at the Rörstrand Porslinsfabrik and had with her when she started there a letter of recommendation from the sculptor Christian Eriksson, who participated in starting the Rackstad group. At Rörstrand, she had the designer Alf Wallander as her teacher and her work consisted among other things of making figurines in folk costumes. She decorated the first Rörstrand Christmas plate and remained at the factory until 1906.

Hilma Persson-Hjelm made study trips to Denmark, Germany, England and France. After completing her education, she moved back to Arvika and with her friend and colleague Riborg Böving-Albråten from Rörstrand she worked for local potters. In the town there was a long-established tradition of clay goods and when she started her own workshop in 1907, the potters turned the basic shapes according to Hilma Persson-Hjelm’s careful designs. She decorated and glazed the pieces and fired them in the potters’ kilns.

In 1909, she married the ceramist Rolf Hjelm but despite being married, she carried on with her ceramics. Hilma Persson-Hjelm and her friend Riborg Böving-Albråten, who had also moved to Rackstad, were two of the leading ceramists in the Rackstad group. Hilma Persson-Hjelm had a number of assignments for St. Eriks Lervarufabriker in Uppsala at the beginning of her marriage and some of those pieces as well as a number of her own were shown at the Stockholm Exhibition in 1909.

Hilma Persson-Hjelm was inspired by art nouveau and created bowls, vases, dishes and urns with reliefs taken from nature, like cones, flowers, fruits or birch catkins. On some pieces she painted or etched lovely insects, leaves, dandelions or starfish. Her glazes were purchased in Germany and England and her special cornflower-blue shade was mixed by Rolf Hjelm. These objects were signed Hjelm-Persson and her own works were signed HP.

The Persson-Hjelms had three children: their son Rolf, born in 1910 but died in 1913, their daughter Hanna in 1911 and another son, Per, in 1915. Not until 1918 were they able to install their own kiln, and then Hilma Persson-Hjelm sometimes made sculptures and busts. When the children were older, they had to help with the firing and the monitoring of the kiln. Parallel to her craftwork, Hilma Persson-Hjelm worked as an art teacher at the Arvika grammar school and with modelling at the Arvika city trade schools for 25 years. She also created works in pastels with flower motifs and portraits.

Hilma Persson-Hjelm participated in a great number of collective exhibitions, for example with the crafts association Föreningen Arvika Konsthantverk, founded in 1922, with many of the members of the Rackstad group. Riborg Böving-Albråten and Gustaf and Maja Fjæstad were some of the artists. Her ceramics were also shown in an exhibition in San Francisco in 1914. She was one of the most acclaimed craftsworkers in the Arvika district and she was known as a gifted and original ceramist. She also became a successful designer.

Hilma Persson-Hjelm died in 1956 in Arvika at 76 years of age. She is represented in the National Museum in Stockholm and in the Rackstadmuseet in Arvika. She was given her final resting place in Arvika Cemetery. 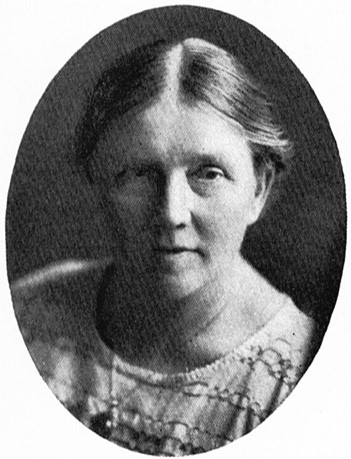