Hjördis Hjalmarsdotter Hjorth was a fashion designer, an artisan, and a designer. She was a pioneer among artisan clothes-designers and opened the first designer shop in Stockholm.

Hjördis Hjalmarsdotter Hjorth was born in 1924. She was the only child of Hjalmar Hjorth, a forest manager, and his wife Helmi. Initially they lived at Västra Husby in Östergötland, but later they moved to Mellösa in Södermanland. Hjördis Hjalmarsdotter Hjorth suffered from tuberculosis when she was at school and spent long periods of time in hospital. She and her mother moved to Stockholm after her father’s death in 1944. There she studied at an advertising school, amongst other things. In 1948 she and her mother opened their own shop, Firma Hjalmarsdotter, on Sibyllegatan in Stockholm. The shop was an entirely new concept at the time as it sold not only Hjördis Hjalmarsdotter Hjorth’s own designer-made clothes but also items made by other artisan handicrafters. This included, for example, items made by the likes of the wood carver Jonny Mattsson, the glass-workers and ceramists Tom and Grete Möller, and the silver-smith Torun Bülow-Hübe.

Hjördis Hjalmarsdotter Hjorth created her very own style which was inspired by Nordic handicrafts in its patterns as well as its high quality. Her designs were however very audacious and modern. She sought to create something new, albeit based on old handicraft traditions. She wanted her clothes to be timeless and to emphasise the individual who was wearing them. She was involved in the production from beginning to end. She drew sketches and wove the initial mockups for weavers, seamstresses and handicrafters to then work from. She sold everything in her own shop. She not only designed clothes, but also hats, clogs, sandals, bags, tartan throws, and silver jewellery as well. Her products became increasingly noticed and her output grew. Soon she opened a larger shop and studio on Nybrogatan as well as an exhibition site at Styrmansgatan. In 1964 she employed 42 handicrafters, 20 of which were weavers. Westmans Textilateljé in Falun hand printed some of her patterns. Her mother, Helmi, was fully involved in the enterprise and handled the accounts and book-keeping. She also had help from her good friend Ragnvi Gylder, a photographer and journalist.

Hjördis Hjalmarsdotter Hjorth’s products were also sold outside Sweden, in places such as Switzerland and the USA. She held a very well-received exhibition at Galerie Mouffe during the Paris fashion fair in 1964. She herself wove all the cloth for her clothes and each item was a work of art. She gave her collection a poetic name: När skönheten kom till byn, då var klokheten där (When beauty came to town, wisdom was already there) which was a play on Nils Ferlin’s classical folk tune. Individual items were given names such as ‘Midsommarvaka’, ‘Vemod’, and ‘Fattigfest’. The foreign press called her “the Dior of Sweden”. The House of Dior did actually offer to buy one of her entire collections on the condition that they could remove her labels, but she wanted them to remain her unique Swedish creations.

In 1965 Hjördis Hjalmarsdotter Hjorth opened a shop, studio, and exhibition unit at the Gamla Linköping cultural heritage site. Having been born in Östergötland she was keen to return to her home environs. When the curator Lennart Sjöberg (the man behind Gamla Linköping) invited her to set up her centre there she was delighted by the inspirational environment. Further, she thought it would be simpler to connect with skilled handicrafters in Östergötland rather than in Stockholm. Indeed, she planned to move her entire enterprise to Gamla Linköping. However, these plans were never realised as she passed away in 1967 as a consequence of suffering from tuberculosis. 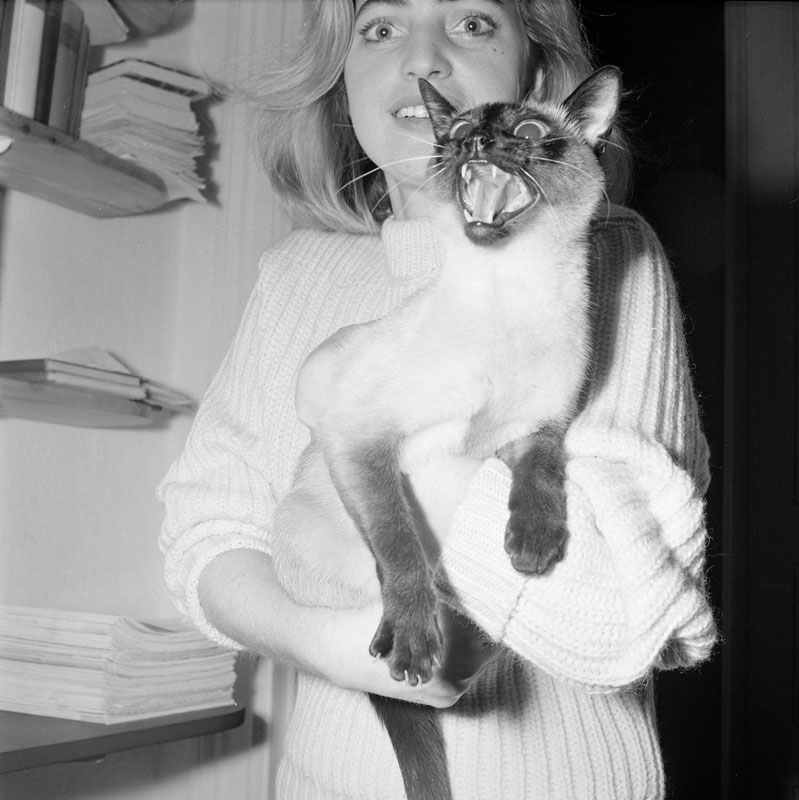