Hjördis Lind-Campbell was a doctor, active during the 1900s. She made contributions to women’s lives and health for many years and also cooperated with Elise Ottesen-Jensen in the sex education association Riksförbundet för sexuell upplysning from the 1940s onwards.

Hjördis Lind-Campbell grew up in a middle-class home at Karlavägen in central Stockholm, as the third child of four, the others being brothers. She attended a girls’ school for eight years. Her father was a civil registrar and property owner from an old family of officials in the city, and her mother came from a merchant family in Hudiksvall. Hjördis’ father died of pneumonia when she was 17 years old. Her mother died in 1940, at 79 years of age.

Hjördis Lind-Campbell was interested from an early age in medicine and social issues. When she was twelve, during a month-long visit to a paternal uncle who was a doctor, she spent hours studying his textbooks until she was discovered and his library was locked. She kept to herself her thoughts about possible becoming a doctor one day. She saw it as an unattainable goal.

When Hjördis Lind-Campbell had left school she acquired a place as a pupil at a confinement home. There she was encouraged for the first time to continue her studies, when the warden asked her if she had not considered a doctor’s career. Hjördis Lind-Campbell saw to it to acquire a place at a college. Two years later, she matriculated in classics, after which she took supplementary examinations in physics and chemistry. After that she was able to apply to the Karolinska institute medical school in 1911. From her family she met neither opposition nor encouragement.

At the age of 17, Hjördis Lind-Campbell got to know a sister in the congregation who one day took her home-visiting. Among others, they visited an old widow who, for a fee, housed children born outside wedlock. Hjördis Lind-Campbell would – according to herself – never forget the sight of five feeble, pale babies at the widow’s home, nor the abominable stench that filled the room. Their often very young mothers had difficulty in paying the fee and the care was therefore abysmal. During this period, the notion of “baby farming” became current, and mortality among these children was high.

A year or two later, Hjördis Lind-Campbell made friends with a nurse who worked at a hospital for prostitutes with venereal diseases. This was before so-called regulated prostitution was abolished in 1918 and the Diseases Act came into force. Hjördis Lind-Campbell got to know some of the old and toothless so-called “mountain larks” who plied their trade in parts of Stockholm, and visited them there. She has recounted: “they were glad to have a break in their isolation and showed me their best selves”.

Hjördis Lind-Campbell started her medical studies as the only girl among twenty students. After her Bachelor’s degree, she continued her studies in 1914 in Lund, where she had some women colleagues. In her free moments, she also studied psychology for Professor Hans Larsson. By then, she had already met her husband-to-be, Åke Campbell, who was an administrative assistant at Kulturen in Lund and who later became an ethnologist and professor in Uppsala. They were married in 1916 and had two children before Hjördis Lind-Campbell had completed her licentiate in 1922. During this time, she had – as was customary – taken time off from her studies and worked as a temporary district medical officer at hospitals and sanatoria.

After her final examination, Hjördis Lind-Campbell had a temporary post at Skogsfjällets sanatorium in Västerås, to which she would return now and then during the next 18 years. She also served at other sanatoria and medical clinics for a year to gain her specialist qualification in lung diseases. She was the doctor at a policlinic for women’s illnesses and served at a children’s hospital. During the years 1923 until 1930, she worked at different places in the country as a district medical officer. Her family had their home at Fristads folk high school where her husband held a teaching post and the family had their third child. Hjördis Lind-Campbell instructed the women students in hygiene and healthcare, when she was not too busy with her medical work.

At the beginning of the 1930s, the family left. Åke Campbell took a post in Uppsala while Hjördis Lind-Campbell moved to Västerås with the two older children and resumed her work at the sanatorium. Yet another child was born in the family, a daughter, and they all met and spent time together on weekends and longer holidays.

During her work with tuberculosis sufferers, Hjördis Lind-Campbell saw many women fall ill when they became pregnant, often when they had several more children at home. Secretly, she gave her patients diaphragms instead of just sending them home with the advice not to have any more children, as was customary. Information about contraceptives was forbidden from 1911 until 1938.

Hjördis Lind-Campbell opened her own practice as a women’s doctor in Västerås in 1940 and she also worked as a school doctor. Besides her work, she was engaged in the Liberal People's party (Folkpartiet) and was their county representative in 1939—1949. She was also a member of the hospital board and the maternity welfare committee, as well as the cashier in Fredrika-Bremer-Förbundet.

In 1941, Hjördis Lind-Campbell met Elise Ottesen-Jensen by chance, who in 1933 had founded the association for sex information to youth, RFSU. They immediately started collaborating and Hjördis Lind-Campbell travelled to Stockholm every Wednesday for twenty years after that to work at the association’s consulting office. She held lectures and courses and helped to build maternity homes for young unmarried women who had left their home towns and villages or who did not dare to return home from Stockholm after having become pregnant. Many wanted help to apply for abortion but they were usually refused since the first laws were extremely restrictive. Many found themselves compelled to give away their new-born babies for adoption on account of social shame and poverty. RFSU started an adoption agency in 1948 that Hjördis Lind-Campbell ran until 1961, when the authorities took over.

Hjördis Lind-Campbell worked at her practice until she was 83 years of age. During her last years, she met a few well-known patients and became more of a GP for them, at the same time as she wound up her work. During the summer, she often spent the afternoons gardening at her beloved cottage on Lake Mälaren.

Hjördis Lind-Campbell lived until she was 93 years of age. She is buried at the Old Cemetery in Uppsala. 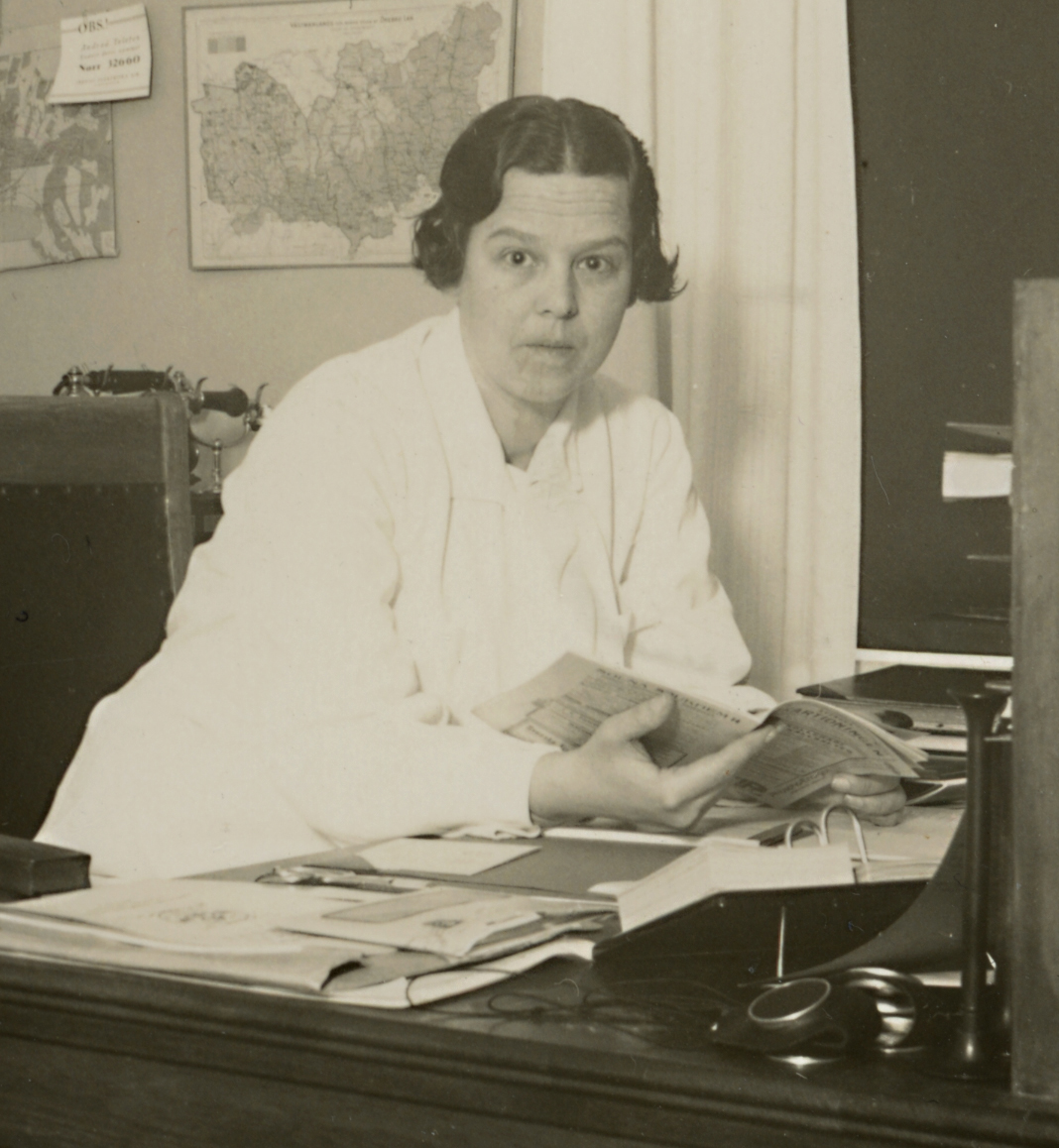